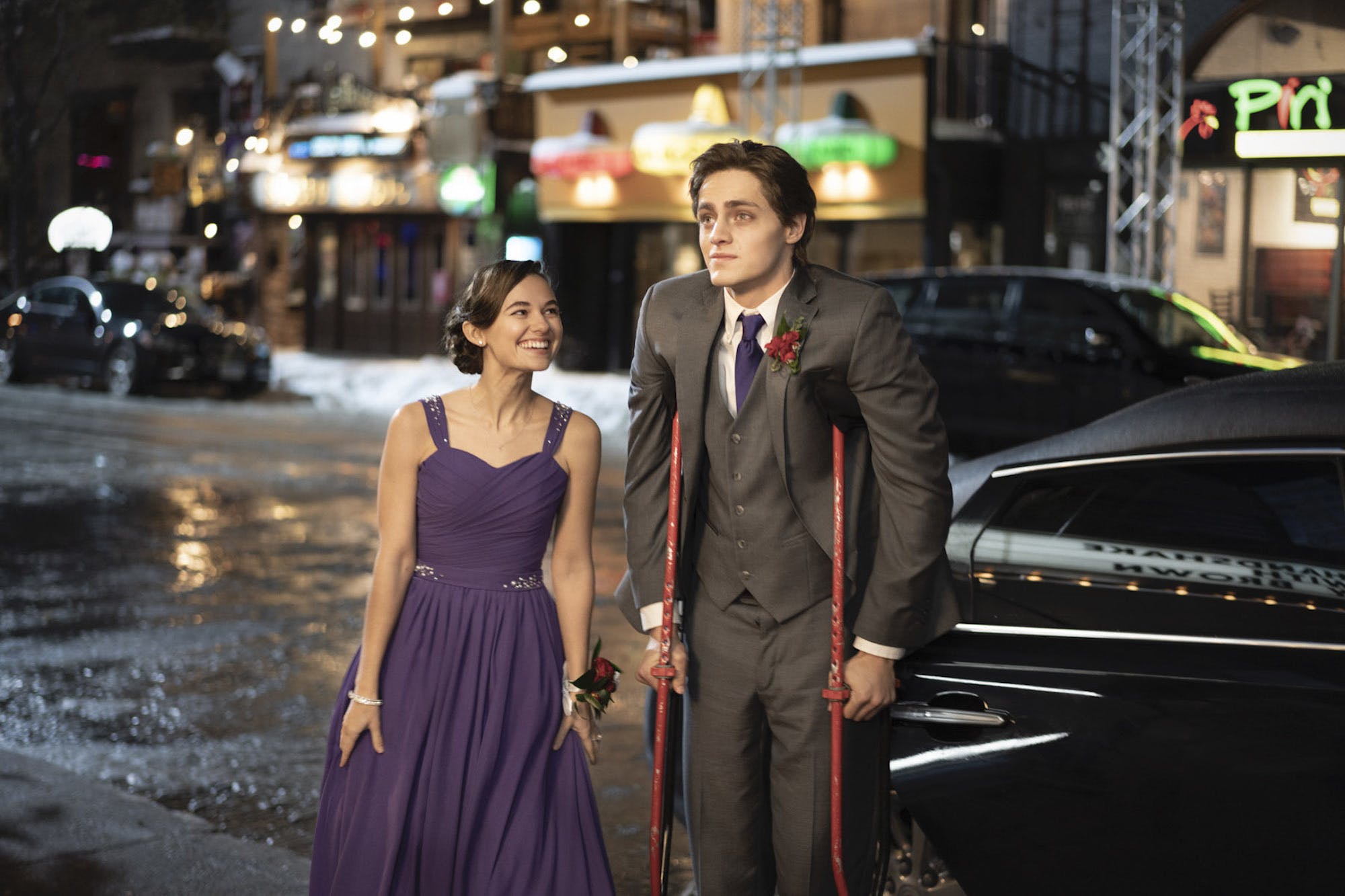 Clouds is a new Disney+ movie based on the memoir Fly a Little Higher, chronicling the true story of Zach Sobiech, written by his mother, Laura. Zach (Fin Argus) is a high school senior battling a rare form of cancer. After multiple treatments and surgeries seemingly begin to put Zach on the right path, he is shocked with the news that his cancer has rapidly spread, and he only has 6 months left to live. With the limited time he has left, Zach and his best friend Sammy (Sabrina Carpenter) decide to do the one thing they’ve always talked about doing, creating an album together and ultimately writing the song ‘Clouds’ – his final goodbye to everyone he loves.

If you’re ready for tears, then you’ve found the right movie. Director Justin Baldoni last year brought another teenage-cancer-drama in Five Feet Apart and delving back into this genre for Clouds seems to be a strength for Baldoni as he has crafted another movie that pulls on those heartstrings relentlessly.

Zach’s story is quite moving, and even though from a movie-aspect Clouds is not entirely original and arguably very predictable with its story beats, it’s Zach as a character and the way he interacts with his close friends and family that allows for the emotional investment. He is a personable and spritely teenager who has an unwavering positive attitude not just towards life, but also his unfortunate diagnosis. Even when we see Zach in his darkest moments, there is an undeniable endearment to his character and that is due to Argus’ sincere performance.

What Clouds does really well is not just making the focus completely on Zach, but also letting the audience understand the repercussions his inevitable death will have on those around him. Baldoni takes the time to flesh out the supporting cast, with a strong look into the relationships with Zach’s mother, Laura (Neve Campbell) and his best friend Sammy. While a large amount of sympathy must go to Zach and the awful ordeal his going through mentally and physically, there isn’t a moment in the movie where you are also forced to consider the hurt that his family and friends are going through knowing that each day coming may be his last.

Considering its gloomy premise, Clouds is inspiring and uplifting, mainly due to Zach’s personality. While it can feel like every other movie you’ve seen in this genre before, it doesn’t take away from the fact that this is a powerful story that will leave a smile on your face… and maybe a few tears rolling down the cheek.