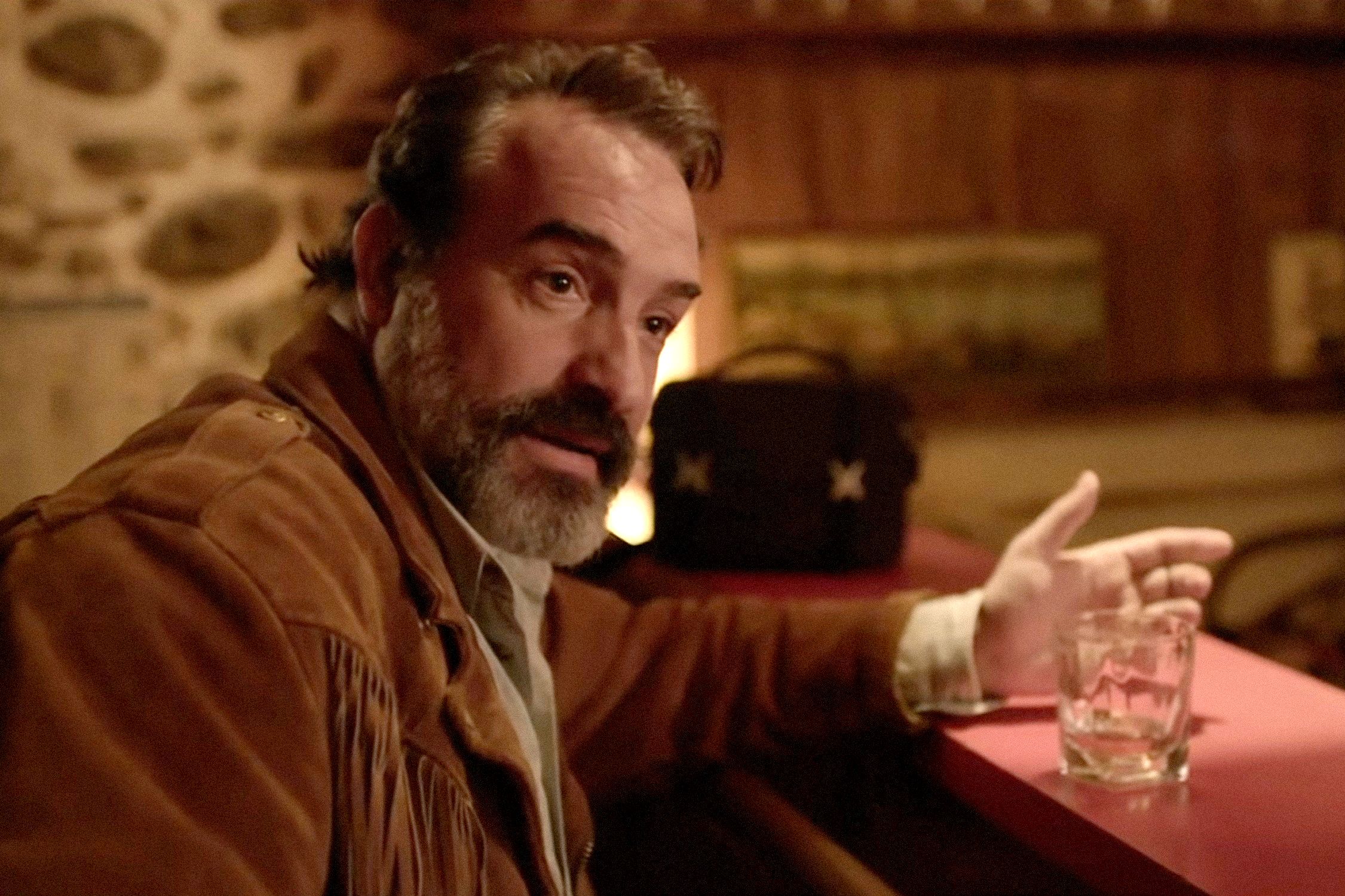 French-filmmaker Quentin Dupieux is quite renowned in the film-sphere for his incredibly abstract and darkly comedic body of work. In 2010, he released Rubber, a comedy-horror about a killer tyre (yes, a killer, rubber car tyre) with telekinetic abilities. In 2014, Reality came out, chronicling a 48-hour period in which a movie director has to find a literal “Oscar-winning groan of pain” otherwise the producers won’t finance his movie. And in 2020, we have Deerskin.

It’s no secret now that Dupieux creates some interesting (and strange) stories, and Deerskin is no exception to this. Starring Jean Dujardin (Best Actor winner from 2011s The Artist), we follow Georges, a mysterious and mild-mannered man who purchases a 100% deerskin jacket from an elderly man in countryside France. After paying a hefty 7500 Euros for this jacket, the elderly man also gifts Georges an “almost-brand-new” digital video camera. Using these items, Georges goes on a quest to eradicate all other jackets from the world, as he believes his should be the only jacket in existence due to its “killer style”. Co-starring Adele Haenel (Portrait of a Lady on Fire) as bartender/aspiring film editor Denise, she teams up with Georges to help edit together the footage that he has obtained of his non-deerskin-jacket-eradication-journey.

Dujardin is brilliant in this role. Based on his previous roles (a silent-era Hollywood star in The Artist or deceptive banker in The Wolf of Wall Street) this feels like a slight departure character wise, which is already an intriguing element before the film even begins. His portrayal of Georges is very reserved, however there is always to unsettling nature to his demeanour, like a man ready to blow right from his odd opening scene. Dujardin is having a blast in this role, really leaning in to the film’s quirkiness. This is only exacerbated by Adele Haenel’s character of Denise.

Denise runs a bar that really only has two customers – one of them being Georges, the other, a lady-of-the-night. Her boredom makes her susceptible to the oddness of Georges when he arrives. Haenel plays Denise with the curiosity that the audience has watching this movie, Denise is ultimately the audience…. for the most part. While there is nothing outstanding to say about Haenel’s overall performance (arguably that is in comparison to Dujardin), there is no denying that the character, her story arc and Haenel’s performance fits this movie perfectly.

It should now be obvious that this viewing experience is going to be weird. The story is odd and the characters are odd. However, and this is possibly the largest oddity, this feels like Dupieux’s most grounded and human movie. It’s the tale of a hurt man searching for purpose through perfection, something he has never had before. A man who is willing to do whatever it takes to feel important. This may not be completely obvious upon the initial viewing, but upon reflection, it slowly begins to reveal itself as the story being told.

Dupieux has a very voyeuristic take of the film’s direction. The audience is constantly observing Georges and his actions, rather than attempting to make the audience feel empathetic towards him. The voyeur-like camerawork is completely in line with how Georges also uses his digital video camera throughout the movie.

Deerskin only clocks in at 77 minutes, and it isn’t afraid to use a large portion of it’s first two acts to slowly build up unsettling tension. However, there is always an aura of comedic undertones throughout. Even when the film gets bloodily violent, it always feels incredibly on-the-nose in its nature. This is probably a harder pill to swallow if you’re looking for a fun, more mainstream movie. But if you’re in the mood to get down and damn weird, then it’s definitely going to fill that void.