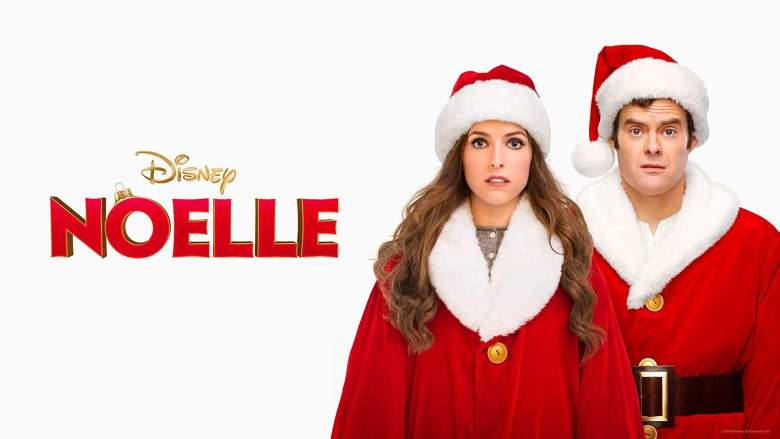 Disney+ introduces us to the wonderful Anna Kendrick as Noelle Kringle, Santa Claus’ daughter in the bid to find her brother and save Christmas traditions from her cousin. The story is incredibly sweet, after Santa passes away it’s up to his kids to take over the family business. Nick Kringle, played by the ever hilarious and fantastic Bill Hader, decides to make a run for it. This creates chaos in the North Pole and in Phoenix as Noelle, Polly, and the Reindeers show up in a small town.

It is a very simplistic storyline, and it has definitely been done before especially with The Santa Clause trilogy (1994 – 2006) that it shares a similar vibe to. This is a version great for the new generation, which is sure to become a love filled classic in years to come. Anna Kendrick is adorable in the film and steals the spotlight in every single scene she is in, the other cast was fantastically chosen with Bill Hader, Shirley MacLaine, Kingsley Ben-Adir, and Julie Hagerty. The Reindeers in the film are even more adorable, especially Snowcone. Lastly, my favorite standout feature of the film is the addition that Santa can understand and speak all languages, including sign language. It was a super nice touch and I’m sure kids all over the world will deeply appreciate it.

While the sub-plot with the ‘naughty’ kids and their cousin taking over Christmas doesn’t really have a full ‘conclusion’ to the story, it thankfully doesn’t take away from the plot too much. It does seem very pointless after the fact when there is no punishment given to him. I absolutely adored the sub-plot with Jake and Alex. If you are in the Christmas mood, or considering checking out Disney+ and don’t know what to watch. Put this one on your list straight away!!!