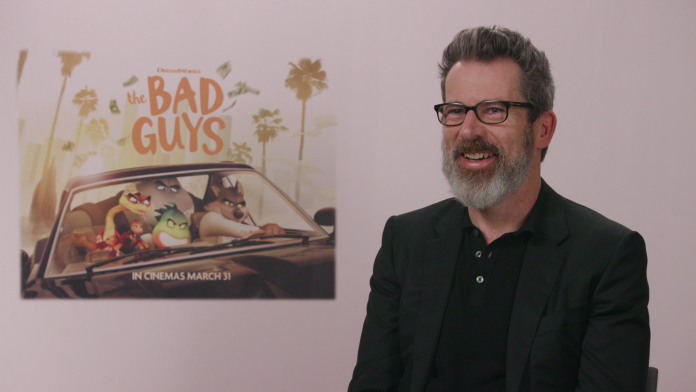 In the new action comedy from DreamWorks Animation, based on the New York Times best-selling book series, a crackerjack criminal crew of animal outlaws are about to attempt their most challenging con yet—becoming model citizens. But when, after years of countless heists and being the world’s most-wanted villains, the gang is finally caught, Mr. Wolf brokers a deal (that he has no intention of keeping) to save them all from prison: The Bad Guys will go good.

In the lead up to it’s release in Australian cinemas on March 31, the team at Universal Pictures gave me the chance to sit down with the author of the acclaimed book series, Australian writer/actor, Aaron Blabey! We spoke about trying to make Reservoir Dogs for kids, what it’s like seeing his ‘hand drawn’ characters come to life on the big screen, and what songs every ‘Bad Guy’ needs on their playlist! 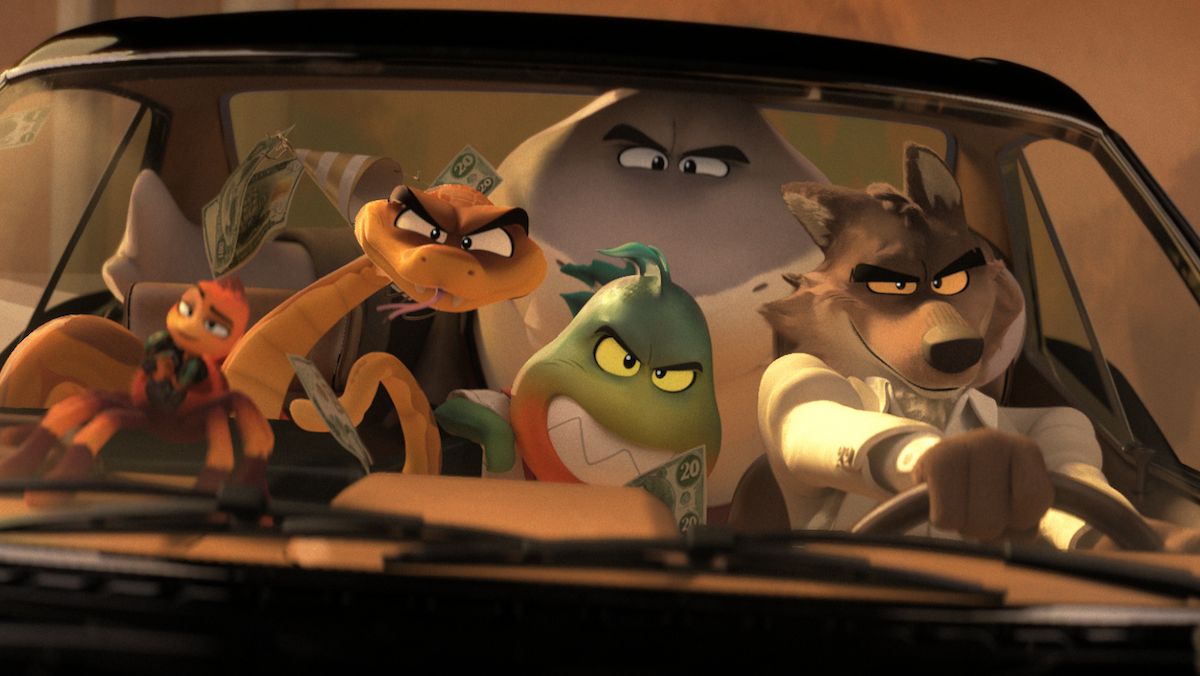 Nick: Thank you so much for your time and congratulation on the film! I really enjoyed it and found it very funny! I did want to know as the author – the mastermind – behind the books, at what point did you realise these stories were going to translate well to the big screen?

Aaron Blabey: I guess with The Bad Guys, I always had one eye on that. I had written and designed it in such a way that it reads like a story for a movie, right from the get-go. I’m obsessed with movies and always have been! It’s the centre of my universe, really. That said, it was written at a time when I had zero success commercially with my books finding an audience. Never in my wildest dreams did I believe there would be more than one book, let alone a movie adaptation. When the book took off, as it did, I had the opportunity to do two instalments a year and make a long arc story that coincided with Hollywood being interested. It’s been a surreal experience because it was on the back of 20 years of being lost, then finding this thing!

Nick: You mentioned your love of movies there – and I wanted to point out the many references to crime films and characters within the film. There’s the Oceans’ movies and George Clooney reference, and I’m assuming the opening scene with Snake and Wolf is a reference to Pulp Fiction?

Nick: I loved that reference! There’s seems to be an affinity that society has with villains in fiction – and even though your story has a great message about finding the good within the bad – do you have fun with the process of creating villainous characters and the bad things they get up to?

Aaron: Oh look, they’ve always been my favourite characters in movies. When I came to write the books, they were written very specifically for my kids who were 6 and 8 at the time. I wanted to write something that they would find genuinely cool, and I would notice they would gravitate to the stuff that was slightly beyond their age, beyond their pay grade! And I would have to say: “Oh, that’s a bit too scary”. I thought it would be so cool to take that iconography and just hotwire it somehow so they could get their hands on it. By doing that, it allowed me to use it as a vehicle to explore all of that stuff for an age group that you wouldn’t expect to do that for, that’s what’s so much fun about it!

Nick: I think you translated the feeling so well! Even someone who’s my age, I was sitting there and really enjoying all those elements! 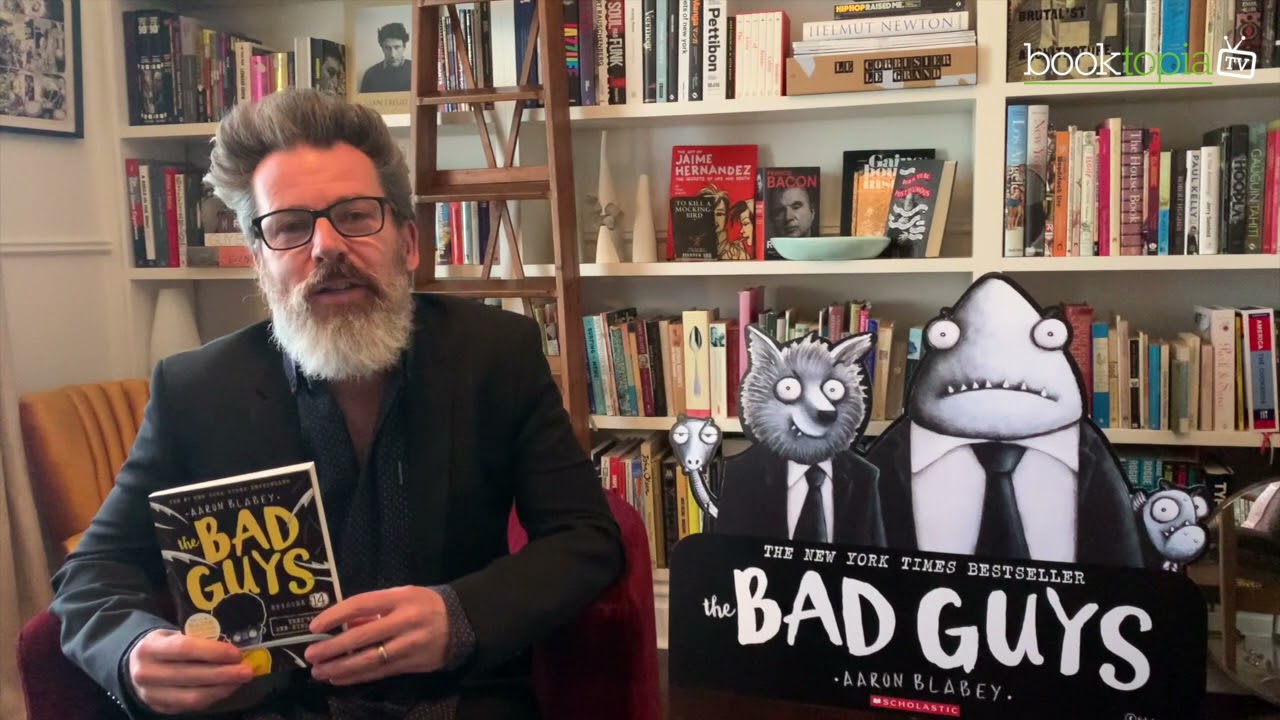 Nick: With constructing those characters that you have worked on for many years, what were the voices of the characters like in your head and how did they compare to the voice cast that is in the film?

Aaron: Their voices are clearly defined when I’m writing them, and in terms of the nuance of the voice, you can keep it reasonably open as long as that person captures the spirit, somehow. What was wonderful is that the team at Dreamworks really got the characters and how they were portrayed in the books. When it came to finding the right voices, we were always really aligned with who was doing them. Again, loving movies as much as I do, I knew everyone’s work – with the one exception of Marc Maron! This was a few years ago, so GLOW hadn’t come out and I was not hugely aware of his work. Then they sent me a link to one of his stand-up routines, and within 10 seconds I knew that was Mr. Snake. I think he is particularly beautiful in the movie!

Nick: And then as well with these characters – there is their visual element too. I thought the film’s animation felt very unique and a great mixture of animation styles. What was it like seeing that physical evolution of those characters you’ve ‘hand drawn’ for so many years now?

Aaron: It was such a thrill! I’m very limited as a draftsman, as a drawer, and I think that’s been part of the book’s success, the charm in that scribbly energy. Pierre (Perifel), our director, right from the start, didn’t want this to be another photo-realistic, 3D animation. He wanted to do something different, the mixture of 2D and 3D. While all of this was happening and already being established, Spider-verse came out and everybody went: “Yay – that looks really cool”! That was affirming for us, that we were heading in the right direction. But that blend of animation — I finally found the word last week when I saw the movie on the big screen with an audience for the first time – ‘edible’. I thought that animation looked really ‘edible’ to me. You just wanted to grab it and munch on it! It was so cool! It makes sense to me!

Nick: I saw in an interview that music and songwriters have had a huge impact on your career – people like Nick Cave and Bob Dylan as your influences. The movie also has a great soundtrack and amazing score from Daniel Pemberton! What are three songs every ‘Bad Guy’ needs in their playlist?

Nick: Well, to help you out, I thought Red Right Hand by Nick Cave has to be on there!

Nick: It’s [Sympathy For The Devil] in every Martin Scorsese film for a reason, right?

Aaron: Exactly! If you had given me time, I could’ve given you a list of 400 songs! 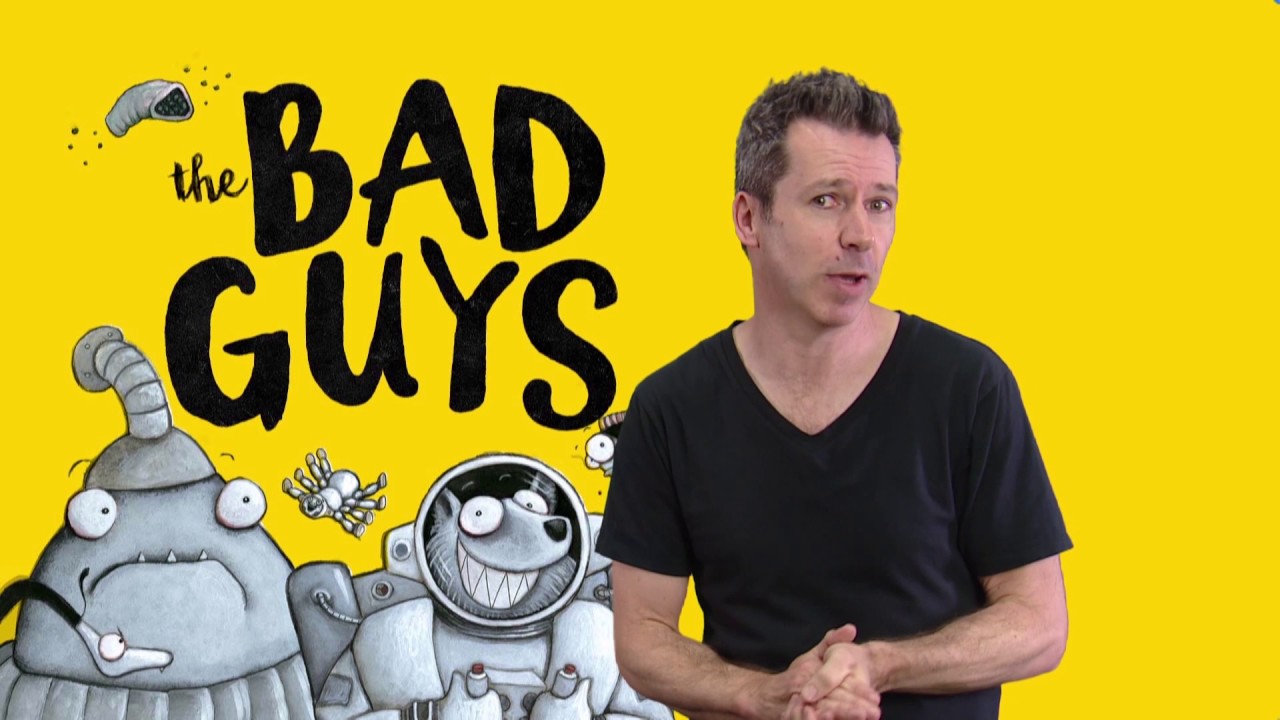 Nick: Thinking again about constructing ‘The Bad Guys’ characters – who are some of your favourite villains or perhaps, the villains that inspired these characters?

Aaron: It’s the element again, the flavour of Tarantino that creeps in. And it just so happens, when I was watching the movie last week in Melbourne, I remembered 30 years earlier, there is a little arthouse cinema that’s still there called Kino on Collins Place. One night in 1992, it was raining and there was nobody there and I just wanted to see a movie. And I saw a poster of some guys wearing some suits, so I sat down in an empty cinema and saw Reservoir Dogs for the first time, and it blew my mind! I went back five times to see it that week. I just couldn’t believe what I was seeing. The idea of that, there’s no way you can logically get from an appreciation of that movie to: “Hey, I’m going to make that for children”! (laughs) There’s just no link between that. But, through a process of still loving that, having kids, loving other things that are other things that are deeply inspiration and somehow finding a way – you know, not finding new ideas, but finding a new context. Then all sudden – boom – something feels very new. And that’s what this has become, it’s a space that I am working in where some days I feel insane because I feel like the only person in this territory. Maybe, that’s a good sign… maybe I’m insane! There are trillions of villains I love, but that’s the one feels most like these characters.

Nick: Reservoir Dogs was my first dive into the realm of Tarantino – and it’s my favourite of his work!

Aaron: At the time it had such a big impact on me that I assumed that it was a giant hit. I only found out retrospectively that not many people saw it when it first came out. It was after Pulp Fiction that people saw it. But I just remember that empty cinema and going: “What is this? Where has this been my whole life”?

Nick: Look, I think you bridged that gap between Reservoir Dogs but for kids incredibly well! Aaron, thank you so much for your time, I truly appreciate it!

Aaron: Thank you, man! Thank you so much!