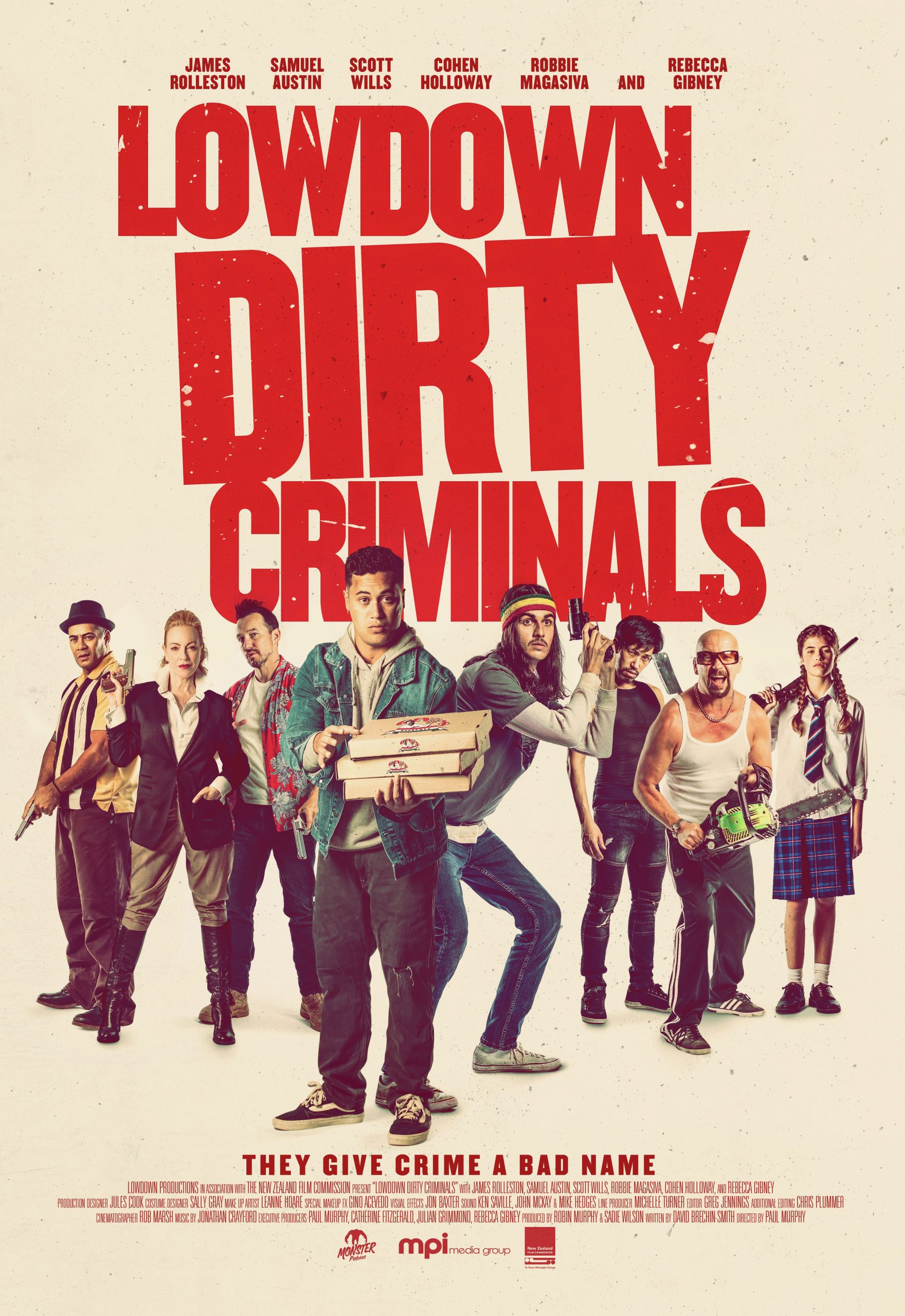 With a laid-back vibe, accents that sounds like they’re possibly singing their every word and a late 90s early 2000s British style crime comedy style, Lowdown Dirty Criminals is the latest Trans-Tasman gem to hit the big screens.

Freddy and Marvin are the best of friends. The type of friends you would expect from a small town where they were inseparable from the early days of school. Big dreams and no way of making them a reality. The friendship where nothing would come between them and their future involves each other.

When Freddy is on the hunt for a new job Marvin introduces him to Spiggs. What the two didn’t expect is how one simple errand from Spiggs turned into a series of rather unfortunate but hilarious events.

To help smooth things over with Spiggs, Freddy and Marvin are set on a task to kill Donny Kong who slept with Spiggs’s wife. With a half-cocked plan they manage to kill the wrong guy which sets them on a journey to cross paths with The Upholsterer.

Ending in a bloody gun battle where no one knew exactly who had done what or even who had what anyone was looking for. Freddy and Marvin lived to tell another tale.

Lowdown Dirty Criminals had a very classic British crime drama comedy feel to it that was very popular in the mid 90s and early 2000s. Narrated by the lead character and filled with freeze frames as the viewer is introduced to a character. While that film style is very much popular for that time, Lowdown Dirty Criminals is set to mimic this.

Lead by James Rolleston (Boy, The Breaker Uppers) who brings that classic Kiwi persona you either love or hate. His sentences are filled with inflictions it almost sounds like he is singing as he is talking. His delivery and timing is something not many can pull off making his character very authentic.

Representing Australia is Rebecca Gibney (The Flying Doctors, Packed to the Rafters) as The Upholsterer. Her portrayal as a gangster boss is priceless and at times stomach-churning. What is worrying is how easily she seems to slip into that character.