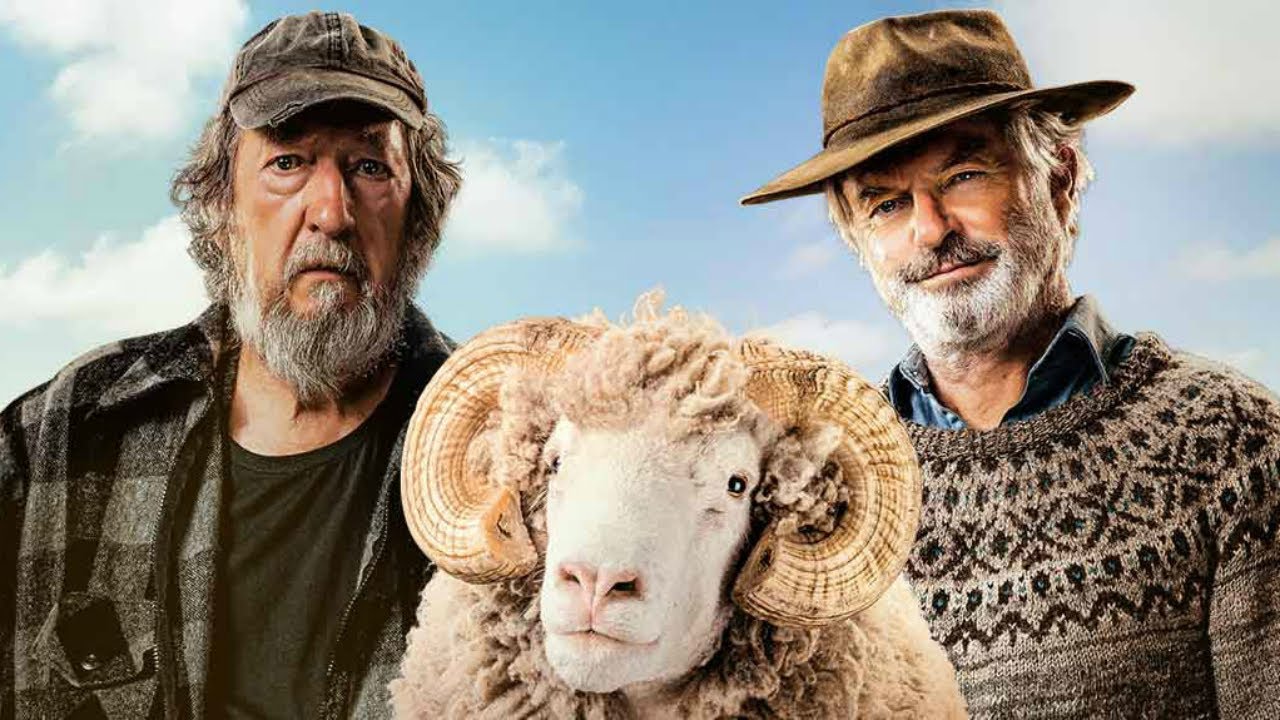 Michael Caton and Sam Neil, undoubtedly two of the biggest Australian male actors finally join forces as leads in a film that took me by surprise. The premise of the film is simple, two brothers who live on a sub divided farm breed and sell sheep, in particular they battle for the best Ram who can sire the rest of the neighbouring area. When a rare disease spreads through the district, the two brothers are forced to destroy their herd and figure out a way to survive the two year quarantine period. The catch is they haven’t spoken in 25 years, can this event bring them together? Farming sheep is so built into their blood, how do these 2 characters who seemingly have nothing else in their lives (not even each other) deal with such a loss? It’s an interesting premise and one that doesn’t take the route I was expecting. I was waiting for the usual wink wink fun moment in which the farmers band together in a comical montage. This moment never came. While this is definitely a black comedy, it treats the complicated characters with respect, allowing their differences like Les (Caton) being an out of control alcoholic. He gets white girl wasted every night and when his anger bubbles over, he flies into a rage, often at times grabbing his shotgun and heading to Colin’s (Neil) to take out his anger on his brother resulting in broken windows and Colin coweing in the bathtube with his dog fearing for his life. It seems comical at the start and then as the scene deepens, you start to understand the trauma that lies beneath here.

In addition to the main cast, the supporting cast are top notch. Asher Keddie plays well the mum of the town. Her character Angela is in charge of the volunteer firefighters in the area, her son is an aspiring sheep farmer and she tends to be the glue that holds everything together. The district vet Kat (Miranda Richardson) recently relocated to Australia from the UK and her prowess and frustration at the “typical Aussie larrikin who doesn’t show emotion” reflected my own frustration with the two main character. Often at times bursting out lines like “He’s your brother, he is right there!” A sentiment I shared many times throughout the film.

Visually the film is absolutely stunning, filmed in and around the Mount Barker area in the Southern region of Western Australia, the landscape combines rolling hills and country with the beach. Steve Arnold deserves an incredible amount of credit for his work on this film. If you aren’t interested in the story, it is definitely worth seeing for the visuals alone. I have never seen W.A in this lens and if borders weren’t closed, I would have booked a ticket.

Seeing the farms in the district be closed down with hazmat suits, gloves and large Quarantine signs being placed all over the district hits just a little too close to home, especially if you are watching in Victoria like I was after only recently being let out of a 3 month lock down. It was this part I think that really helped pull me into the film and my empathy for the characters and what they have to endure really kicked in.

There were several points in the film as I discussed earlier where I thought “oh this is going to happen now” and the story never went into that direction. The script that has been tightly written by Jeremy Sims shows a level of sophistication and understanding about keeping viewers engaged and how to move the story along without isolating your audience and losing their interest. Sims also acts as the films director and really gets an incredible performance out of everyone involved. His background as an actor seems to have assisted his ability to draw on these experiences and squeeze the best out of each and every cast member.

Rams was a complete surprise for me. The film boasts an impressive Australian cast with a little help from a Harry Potter veteran. Showcasing a different side of Australia with the lush green of the rolling hills and beaches in Western Australia help elevate the experience. While some of the themes hit a little too close to home in this post quarantine period, the story, performances and cinematography are spectacular.

Rams is now showing in any cinemas that are open across Australia.