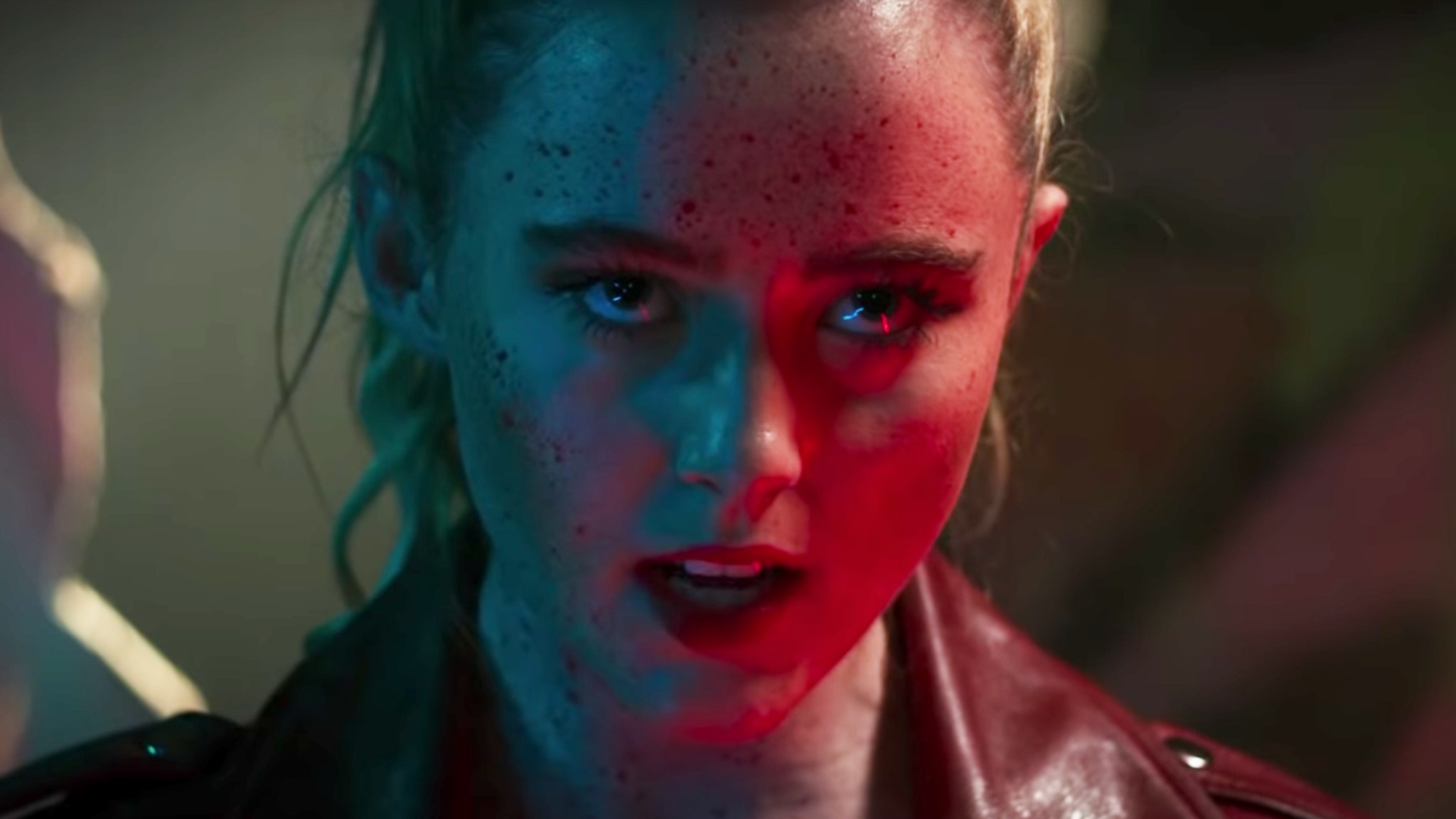 Make no mistake, Blumhouse Productions knows its audience and all about horror. If you’re into the horror-comedy genre, you are in for a treat. If you also love comedies where people body swap thanks to some mysterious and unexplained force, then this is the 2020 film for you.

Freaky is a mashup of all these familiar themes, delivering laughs and blood-spraying murders in spades. And if there’s a film genre where cliches are almost always permitted, it’s the horror-comedy. You have been warned.

Freaky is based around a masked serial killer known as the Blissfield Butcher (Vince Vaughan)who has returned once again to terrorise the town. Enter our protagonist, Blissfield Valley High School student Millie Kessler (Kathryn Newton), who suffers from the after effects of the death of her father one year earlier. Along with Millie’s mother, Paula (Katie Finneran), and sister, Char (Dana Drori), the family are all coping in their own individual way. Paula is burying herself in a bottle of wine every night, Char is losing herself in her job and Millie is trying to get through every day at high school.

In dealing with her own grief and surviving the effects of her emotionally dependant mother, Millie finds herself bullied and teased at school by the ‘mean girls’, the ‘jocks’, and several other kids in between, culminating in her clumsy performance on the sidelines of her school’s football match as the team’s mascot. It is here Millie ends up meeting The Butcher and rather than the protagonist getting away as in most films, she finds herself an injured victim of the Blissfield Butcher’s wrath – stabbed with an ancient dagger called La Dola and left to die.

Things are not as they seem when, after being rescued by her sister Char, she awakens the next morning not recognising herself. When the Butcher wakes up, he too notices something is not right. As it happens, the altercation between the two of them involving La Dola has resulted in a mystical reaction where their souls have swapped bodies. The result is a very amusing ‘horrified’ rendition of a film akin to The Hot Chick  (starring Rob Schneider and Rachel McAdams), where the hunt is on for the murderous Blissfield Butcher who is, in fact, our timid, innocent, and sweet Millie.

Millie must search for her actual body (hosting our serial killer) so the spell can be reversed. But first, she must convince her school friends (and her high school crush) that she is who she says she is to procure their help on her quest. These friends are collectively a joy to view and provide the perfect vehicle to deliver witty dialogue and hilarious moments showered with clever social references.

This plot backdrop intertwined with a most amusing search for the ‘killer’, horror director Christopher Landon (Paranormal Activity franchise, Happy Death Day), cleverly targets a teenage and young adult audience with perfectly placed references and use of social media apps eliciting that type of laughter from the audience reserved for familiar acknowledgment. Millennials will surely appreciate the hashtag and situational references reserved for their marketing bracket.

Vince Vaughan brilliantly plays ‘Millie’ and the film takes every advantage it can in milking all the slapstick opportunities available and then some. Vaughan uses his physicality to his advantage in stretching the humour which does not necessarily extend to crude or dumb if you take the film at face value for what it is meant to be. He is clearly playing a female stuck in a man’s body.

Newton does a decent job playing a cold-hearted, almost mute, killer with piercing, steely gazes, fighting with a purpose. But she falls short of being convincing as a confused-male. Oddly, there is no desire from her character in trying to reverse the spell. Her sole purpose is to kill the Blissfield Butcher at all costs and for the blood and gore fans, this film keeps it coming with novel, gruesome scenes, not for the squeamish.

The final result is a film that is often silly, unashamedly cliched, bloody, and yet childishly hilarious leaving one feeling genuinely entertained the whole way through.

Freaky is screening in all open theatres now.