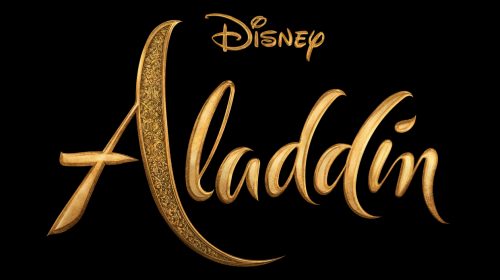 Another year, another live-action remake of a Disney Classic. After global billion dollar box office-hit Beauty and the Beast, it didn’t take long for Disney to announce another ’90s animation was getting the treatment. Aladdin was released back in 1992, made history as being the first animated feature ever to gross more than $500 million and it was also the most successful film that year! This lead to numerous sequels and tv-shows, until now.

British director Guy Ritchie (King Arthur: Legend of the Sword) is a bold choice to direct a musical, since he’s better known for his more gritty comedies. But maybe we’ve been missing out on a hidden talent of his.. or maybe not! This is Ritchie’s most ambitious project so far, and it will all depend on the success of Aladdin, if he’ll ever get an opportunity like this again.

First of all, Aladdin has gained quite the fanbase over two generations of kids. So there’s the nostalgia of the animated version they’ll have to compete with. Second, a lot of media had reported on early set pictures that made everything look a bit too much Bollywood instead of keeping it more Middle Eastern. Was this project doomed from the start?

Going in with the lowest of expectations, might be the best chance this movie has to win over audiences. Aladdin is more of a “retelling” of the animated feature, co-written by Guy Ritchie himself. There are of course some similarities with the tale we’re all familiar with, and this could cause for some fans to leave the cinema empty-handed when they don’t see their favourite scene making it into this live action version. The story relies the most on its comedic timing in some of the dialogue to distract people from the horrid CGI that blurs the screen more than 80% of the time. You can also tell Ritchie is inexperienced in this genre and interrupts big musical dance scenes (who are by the way, clumsy in every way) with unnecessary comedic moments that then feels forced.

The other co-writer is John August (Dark Shadows), who was able to help flesh out Jasmine (Naomi Scott) a bit more, as she wants to become the next ruler of Agrabah. Another character that wants to steal the spotlight – but fails miserably – is Jafar (Marwan Kenzari). He’s too one-dimensional to come across as a threat and let’s be honest, not every cosplayer is an actor. Jasmine on the other hand is here to be shown as more than just a princess waiting to marry a prince. Scott sings two new “female empowering pop ballads” (written by The Greatest Showman song writers Benj Pasek and Justin Paul) and is the true MVP of the entire film. She delivers the looks, has the acting (AND singing!) chops and commands your attention whenever appearing on screen.

Mena Massoud plays Aladdin, a humble thief turning into a hero. His chemistry with Scott is very natural. Will Smith is the one who everyone was so afraid of, to be portraying Genie, largely due to Robin Williams‘ memorable vocal performance. He’s more known as a rapper, not a singer, but he makes this role his own, instead of trying to duplicate the animated version of his character. He delivers a distressed and comedic sophisticated Genie with a certain stage presence that’ll make you laugh more than once. And even though you might’ve have thought Will Smith was painted blue, it looks like this character is almost entirely motion capture and copy-pasted into every scene. He floats on a cloudy legless lower body and looks as fake as the background.

Aladdin isn’t a total disappointment, but one day that game of roulette will finish with a bang and end the cow that is “Disney Classics”. Leave a classic as it is, it’ll never be as good.