Black Mass is based on the true story of Jimmy ‘Whitey’ Bulger (Johnny Depp), an Irish mob boss from South Boston. It centres on his alliance with FBI agent John Connolly (Joel Edgerton), a childhood friend.  Depp is terrifying and Edgerton is the character you love to cringe at. It’s your typical rags to riches (then fall) gangster film but don’t expect any bromance. It’s a film about the characters not about their relationships with each other.

We’re first introduced to Whitey (Depp) in a dimly lit pub where he’s sitting silently at a table with clammy men who talk over each other, it’s 1975. He’s watching one of them choose a peanut, eat it, lick the salt off his fingers, and then dip his hand back into the communal bowl. The corner of Depp’s mouth twitches. He’s always watching everyone with his piercing blue eyes that even gold rimmed, tinted aviators can’t hide.

Then you see Depp in daylight and get slapped in the face by his prosthetics. Dark and mysterious Depp has been transformed into a blue eyed, blonde eyebrowed Irishman. Make up designer Joel Harlow, who’s worked with Depp before for Captain Sparrow and the Mad Hatter, did a good job, inserting each pale hair individually into Depp’s brow. But, I know too well what Johnny Depp looks like so all I see is Depp in a mask.

Whitey, in his tight white jeans and leather jacket, drives around town in his period-appropriate cah (Boston for “car”). He murders people unsuspectingly but he also helps old ladies with their groceries. He lets his mum win rummy, and gives questionable fatherly advice to his young son.

We’re introduced to Whitey’s brother, the blue suit wearing Billy (Benedict Cumberbatch) through his lunch date with FBI agent John Connolly (Edgerton). It seems like childhood friends catching up, but soon enough Connolly asks Billy to get Whitey to contact him. He’s looking for an informant. Billy passes on the message, afraid his career as a US Senator might be jeopardised if his brother isn’t kept in check.

There’s one of those scenes of Whitey watching his son sleep before he agrees to work with Connolly on a mutually beneficial mission to take down the Mafia. “We’ll let the FBI fight our wars,” Whitey tells his right-hand man.

For a movie about two brothers and their childhood friend it lacks any brotherly bonding. Director Scott Cooper’s previous film Out of the Furnace (2013) also focuses on brothers on either side of the law, but Russell (Christian Bale) and his little brother Rodney (Casey Afleck) airbox each other, joke around and tease. In Black Mass, Whitey and Billy are polite to each other around their mother and have dinner parties. In fact, Cumberbatch’s role is fairly minor, but he does pull off a Bostonian accent. If you were sold this movie as a story about brothers, you were lied to.

In a similar vein, there’s no evidence Connolly is actually friends with the Bulger brothers. It’s just a lie Connolly keeps telling himself. He’s that loser in high school sucking up to the cool kids. Edgerton nails it looking like a curious and surprised used-to-be-fat kid with his mouth always in a small ‘o’. He passionately throws around his favourite word ‘loyalty’, which no one else knows the meaning of.

But the best performance comes from Peter Sarsgaard as Brian Halloran, an impulsive Miami associate of Whitey’s gang. Sarsgaard plays a sweaty paranoid Brian who looks like he’s on the verge of bursting into giggles or tears. He goes through more emotions in one breath than Whitey and his wife during an unconvincing hospital scene where they discuss someone close’s imminent death.

Depp’s best scene is when he’s having dinner with Connolly and federal agent Morris (David Harbour). Whitey asks Morris for his steak marinade recipe. The agent says it’s a ‘family secret’ but then gives it up. Whitey’s expression goes blank, “you spill your family secret today then maybe you spill about me tomorrow?” Dramatic pause, then he bursts out laughing. Then he goes upstairs to where Connolly’s wife, uncomfortable around murderers, is feigning sick. He feels her forehead and checks her throat for swollen glands. His hand wrapped around her neck, he’s threatening without making threats. 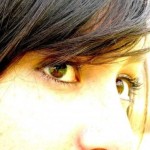