The Merc with the mouth is back… and it really does feel bigger.

Directed by David Leitch, with the dry-humoured Ryan Reynolds donning the red suit once more as the eponymous Deadpool, the second installment of the franchise is back with a nod to Barbra Streisand, the outright rejection of formulaic cinema tropes, decimated fourth walls, and almost as many cameos as Stan Lee’s filmography. So what can moviegoers expect from this second entry into the Deadpool universe?

The premise of the film sees Deadpool at one of his lowest points, spiraling and looking for meaning where there isn’t much to be found. Stumbling upon Julian Dennison’s mutant orphan Russell, Deadpool must protect him from a time-travelling mutant with an ash-covered teddy bear and a single goal: to kill the kid.

Though the scale of the film isn’t quite so grandiose as other superhero blockbusters, Deadpool has never really been the type to tackle a colossal world-ending catastrophe (though in fairness he has been known to tackle Colossus on occasion, resulting in a cultivated collection of limp-hanging broken bones). This focus on one core motive makes the film feel more far authentic than if it had attempted a ‘save the world’ concept.

The self awareness that had audiences flocking to cinemas in droves for the first Deadpool is still there, and it’s in higher frequency than you may expect. From self-referential commentary to the sardonic attitude towards recent Marvel and DC films, there’s no doubt that Deadpool’s smartassery is well and truly back in play. And honestly, nobody should be remotely surprised.

The original film made its mark by subverting expectations and giving the world a superhero film that not only didn’t take itself seriously, but actively derided the films that had come before it. So it’s only natural that Deadpool 2 would take the same tack – even if it means occasionally deriding its own predecessor.

But that’s not to mean that it doesn’t have heart-wrenching moments too. In fact, the film’s emotional heavy lifting is played out a lot more overtly than in the original, with Reynolds’ character exploring an increasingly open attitude to pain and loss (emotional pain that is, because we all know he’s well versed in all things physically mutilating).

Although at times it does seem to drift the audience away from the cinematic experience that is Deadpool’s dry innuendo-laden defence mechanism, the tethering of the Deadpool’s motivations to these emotional low points allows for greater depth than you may initially give it credit for. In truth, some scenes make you forget that you’re watching the same franchise that brought you a scene with a baby hand that “makes it feel bigger”, because it’s genuinely touching – no, not in that way. Well… Okay, maybe just a little bit that way.

On the other end of the spectrum, the action scenes that Deadpool is most known for did not disappoint, with more gruesome deaths than you can shake a limb-laden katana at. While newcomers to the duology may baulk at some of the violence (and language for that matter – no kids allowed), fans have come to expect a truly grotesque depiction and won’t settle for anything less – especially not from the director of the blood-drenched John Wick.

It was inevitable too that the film would draw comparisons to Fox’s other R-rated superhero blockbuster, Logan, but with overall more characters, more violence and more death, it’s safe to say that Deadpool 2 ups the ante and earns itself that rating in spades.

But the chief criticism I have for the film is that where the original Deadpool took the time to really flesh out motivation, Deadpool 2 didn’t allow for as much time to give context to its cast of characters. While in some cases this works out for the better (begone, TJ Miller) and yes, it may seem unfair to view the film with the same lens of the original Deadpool, the standard has been set (by both the original film and by superhero offerings from different studios) to build upon established reputations to create a well-rounded story for all characters involved.

Special mention goes out to the exceedingly talented Josh Brolin, whose take on Cable demonstrated that he’s not just a one trick purple pony (here’s looking at you, Thanos), but a bona fide scene stealer. From the rumbling voice to the commanding presence that has you wanting to see more of him, Brolin is by far one of the highlights of the film – and frankly, he’s a bit of a silver fox.

When it comes down to it, Deadpool 2 not only rose to the occasion, but it kept going and going until the very climax of the film. It may not be quite as surprisingly charming as the original, but it will surprise you from the beginning, make you wince, make you roll your eyes and most definitely make you laugh. If you’re a fan of the original, you’ll absolutely love the ride that is Deadpool 2 – and even if you weren’t, it’s worth it just for the mid credit sequences.

Be sure to keep an eye out for the many cameos that graced the screen, and if you really must take a bathroom break, choose your times very wisely. This is a film where the little moments are just as witty as the big, because it’s not the size that matters – it’s what you do with it. 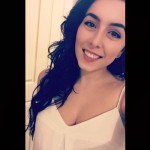