Review – Death on the Nile 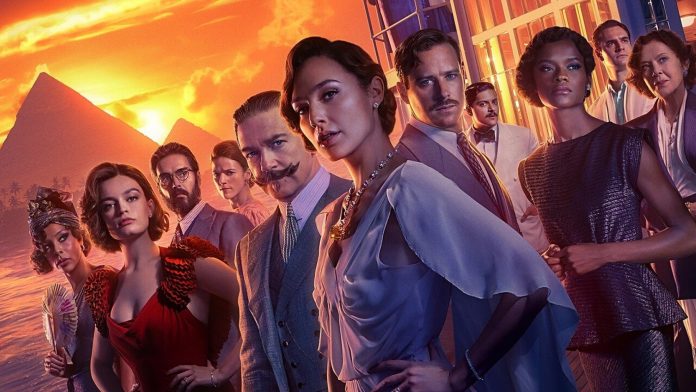 There is always something intriguing and fun about watching a fictionalized version of Cluedo playing out on the silver screen. As you sit in your comfortable, leather seat with your hands covered in popcorn salt, attempting to outwit the film’s investigators, and watching every character closely as you add them to your mental rolodex of suspects. These experiences make for truly engaging cinema, or even in Agatha Christie’s case, murder mystery novels.

No stranger to adapting classic literature to the big screen, with much of his early filmography cinematically breathing life into the works of William Shakespeare, filmmaker Kenneth Branagh (director of Belfast and Thor) returns both behind the camera and behind the ridiculously lavish moustache of world famous (fictional) detective, Hercule Poirot, in the sequel to 2017s Murder On The Orient Express, and adapted from Agatha Christie’s novel of the same name, Death On The Nile. 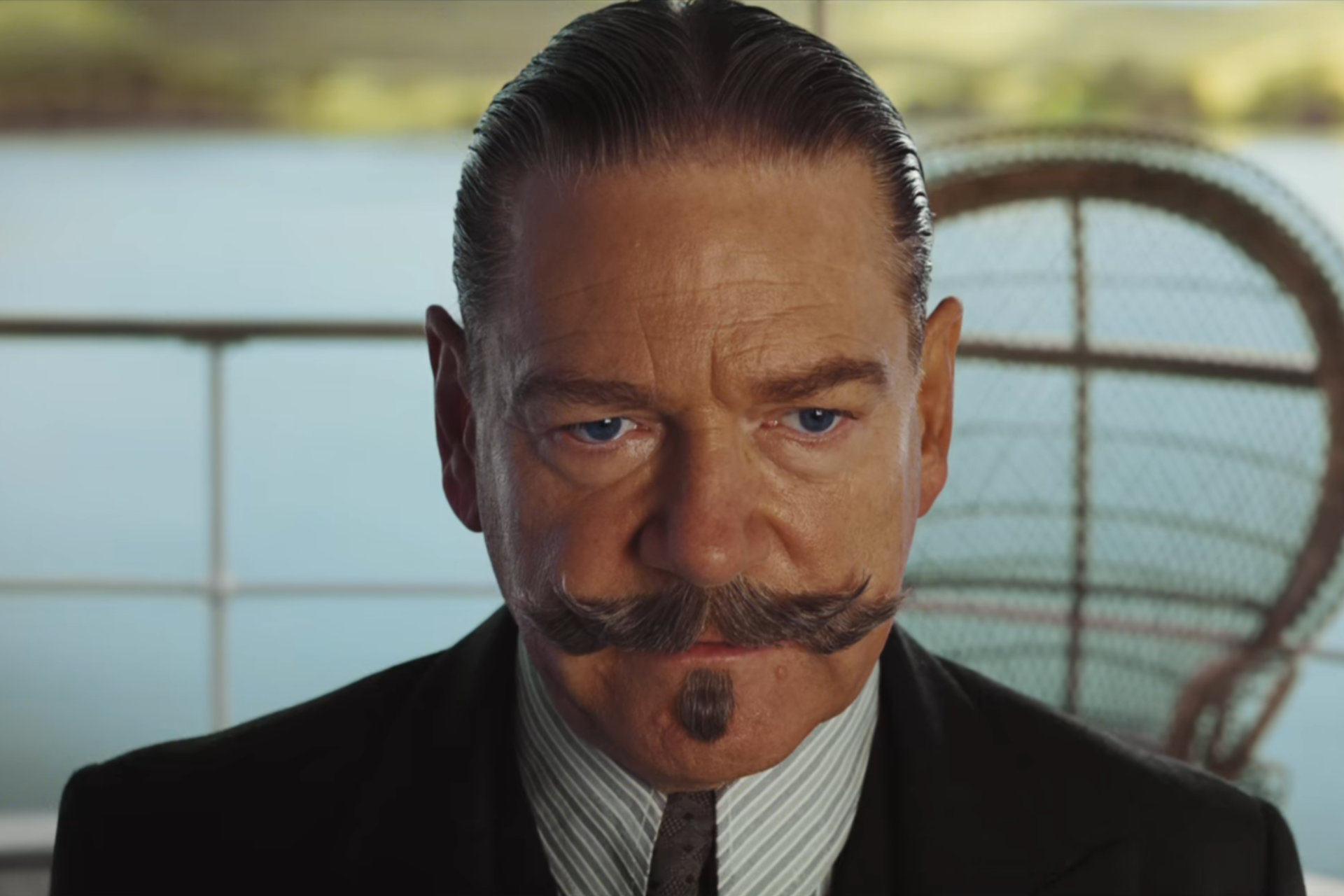 Initially set to be released in late 2019, Death on the Nile fell victim to pandemic delays and an unfortunate controversy when one of the ensemble cast made headlines with several accusations made against him (playing a role that, after viewing the film, would’ve been almost impossible to cut or recast/film due to the prominence of the character within the story). Dedicated to a cinema release and skipping any form of streaming option, Kenneth Branagh’s sequel to the reasonably successful Murder on the Orient Express goes full steam ahead on a luxurious cruise down the Nile, celebrating the wedding of Linnet (Gal Gadot) and Simon (Armie Hammer), a union which was formed only weeks after they met, causing eyebrows to be raised by many of the people, questioning the validity of the marriage… is it love, or is there ulterior motives afoot.

One person ignoring the reason for the marriage, and rather hurt by the union is Jacqueline de Bellefort (Emma Mackey, TVs Sex Education), the ex-fiance and ex-best friend of Simon and Linnet, respectfully. Making a habit of stalking the couple and turning up to their celebrations with an unhinged nature about her, Linnet begins to feel unsafe and asks Hercule Poirot to join the cruise to protect her from any potential harm. However, nothing in Poirot’s life is a simple as its first intended, and before long, one of the party dwellers is found dead. Trapped on the boat with all celebratory feelings washed away, Poirot begins to piece together the strange events of the days leading up to this murder while the killer remains among them all, ready to strike again at any moment. 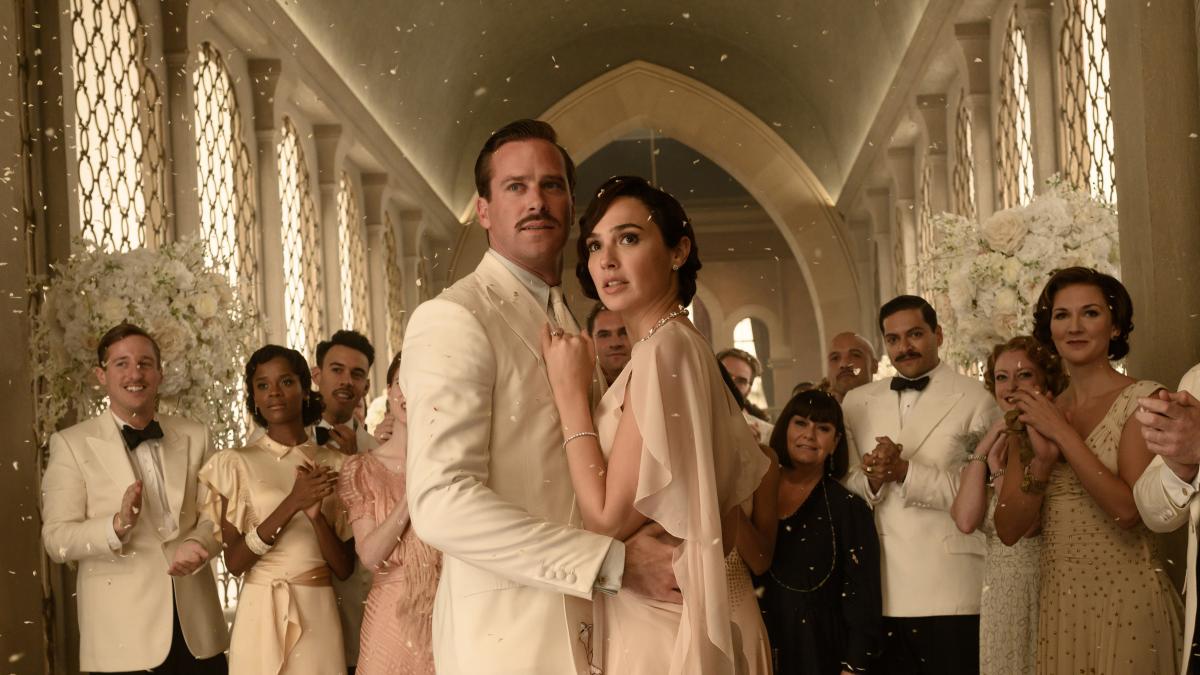 And while Jacqueline has the perfect motive for murder, the absolutely stacked cast of characters in the film so reveal that they may not be as innocent as they all seem. Could it be the ex-lover of Linnet, Linus (Russel Brand)? Or perhaps, Linnet’s cousin and lawyer, Andrew (Ali Fazal)? Even a connection to the death can be made with the boat’s entertainment, when jazz singer Salome Otterboure (Sophie Okonedo) and her manager/niece, Rosalie (Letitia Wright) are found to share a history with Poirot’s old friend, Bouc (Tom Bateman). And with additions of suspects played by Jennifer Saunders, Dawn French, Rose Leslie and Annette Benning, these fun and incredibly unique performances create an engaging and mysterious atmosphere throughout the whole movie. Some of the characters get to play around in the mystery a little more than others, with standout performances coming from Letitia Wright, Tom Bateman, and Emma Mackey.

But, Death on the Nile is undoubtedly Kenneth Branagh’s show. He completely encapsulates every scene, scenario and moment he is in as Hercule Poirot. Aesthetically, his bombastic moustache (in which we actually get to see a heartfelt origin story for in the movies black-and-white prologue) creates the campy nature that makes these movies as fun as they are. His Belgian accent and fast-speaking, always-thinking dialect fashions a character that commands your respect as an audience member, especially when he begins to break down the case and close in on the killer. Every scene of investigation or interrogation feels compelling and tense, whether it leads the audience closer to finding out whodunnit, or it sends us down a dead end. Branagh/Poirot is also particularly funnier this time around, with a plethora of chuckle-worthy one liners, his brutal honesty with some extravagant characters, and an obsession with petite desserts that plays as a running joke throughout. 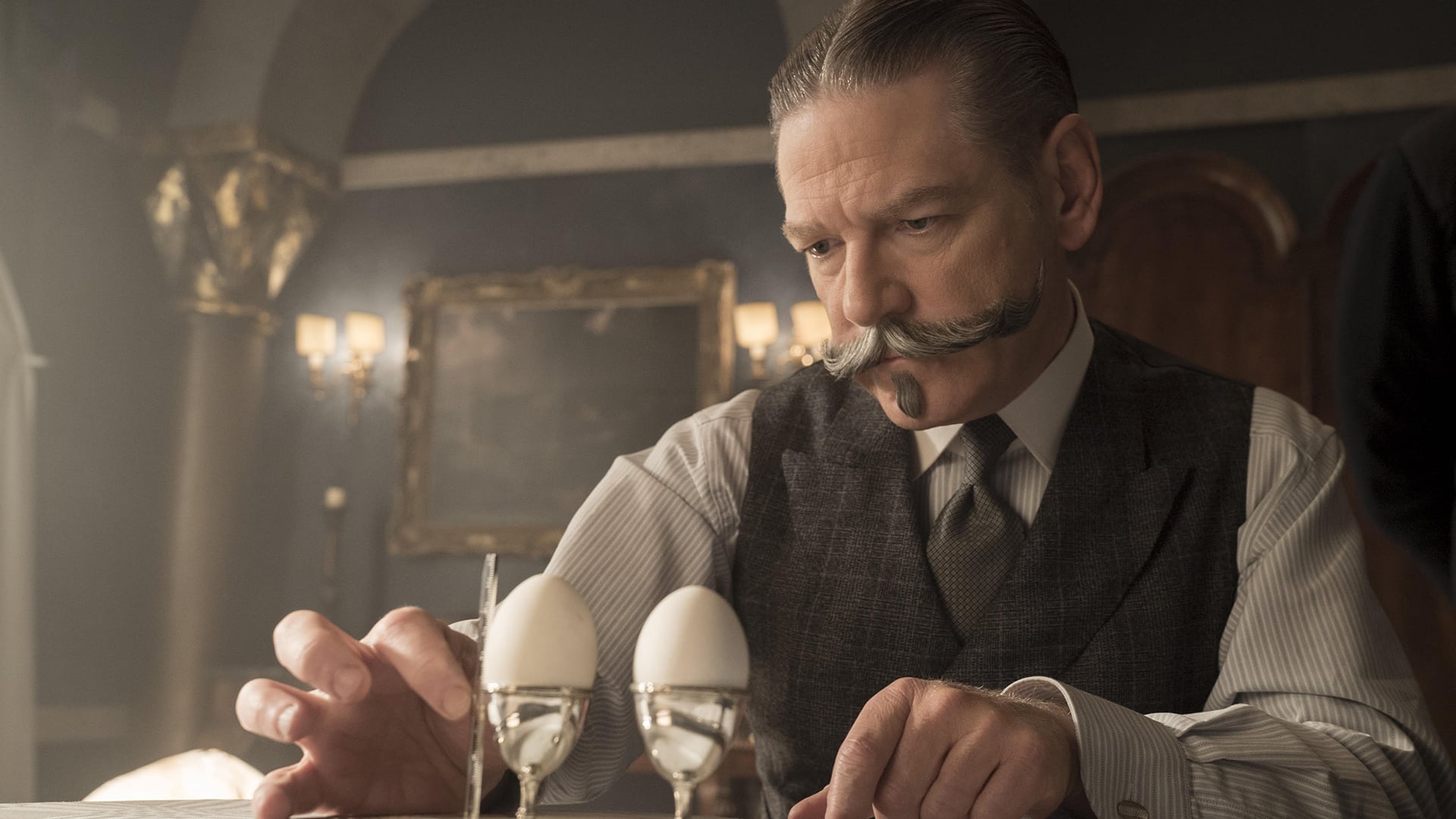 Branagh also captivates this audience with his stylistic direction. Sharp cinematography where the camera flows elegantly throughout awe-inspiring sets and locations create a cinematic feeling for Death on the Nile. Scenes of characters investigating the murder or escaping a killer’s clutches have a unique feel to them as the camera hovers above in a birds eye view, rather than the standard close up or wide shot. It’s an aesthetically pleasing and engaging film to view. Egypt is captured with such beauty, whether it be the behemoth, ancient structures or the orange-tinged sunrise on the horizon, Branagh once again solidifies himself as a visually driven director.

Being a murder mystery through and through, Death on the Nile undoubtedly has it’s twist, turns and slight convolutions. For the most part, the mystery is reasonably easy to follow (even when the odd curveball or red herrings are thrown in here and there to purposefully distract the audience). The character motives are believable, and much like the rest of Agatha Christie’s work, some belief can be suspended when it comes to how the actual murder was pulled off. Death on the Nile does enough to be a fun mystery, rather than a grounded one. 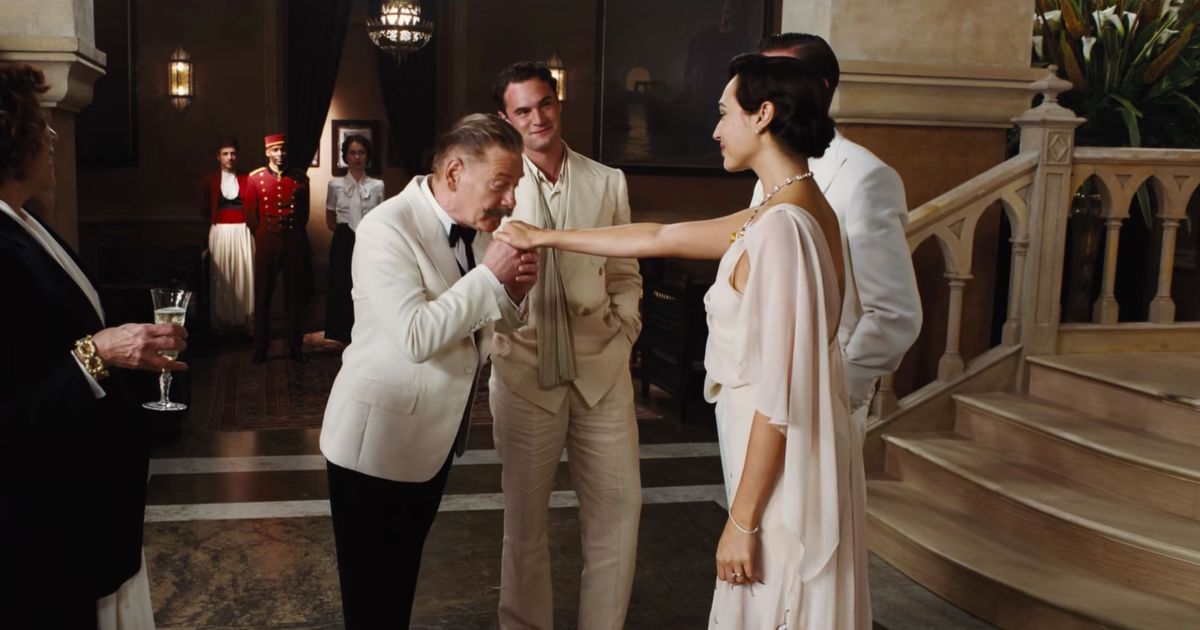 In the middle portion of the film, the large number of characters and motives can make the film feel slightly bloated and disjointed. A large portion of conversations slow the pace on what was an electric opening and a tense finale, unfortunately sticking out a bit like a sore thumb. Clocking in at just over 2 hours, the run time is felt during the second act, but if you don’t mind a slightly slower pace to take in and digest all the information, it won’t be as much of a hindrance to the overall enjoyment.

Led by another stellar go at the world’s greatest detective, Branagh steals the movie as Hercule Poirot. You’ll laugh when he’s cracking jokes, and you’ll be completely immersed when he’s solving a murder. But, it’s also Branagh’s visual style as a director that truly making Death on The Nile an engaging experience, with it’s beautiful set and luxurious style. Agatha Christie fans will get a huge kick out of this movie, and audiences who enjoyed Murder on the Orient Express will have just as much fun this time around, in this worthy, fun and thrilling sequel.

Previous article
Review : In From The Cold (Netflix)
Next article
Trailer – Cheaper By The Dozen 2022