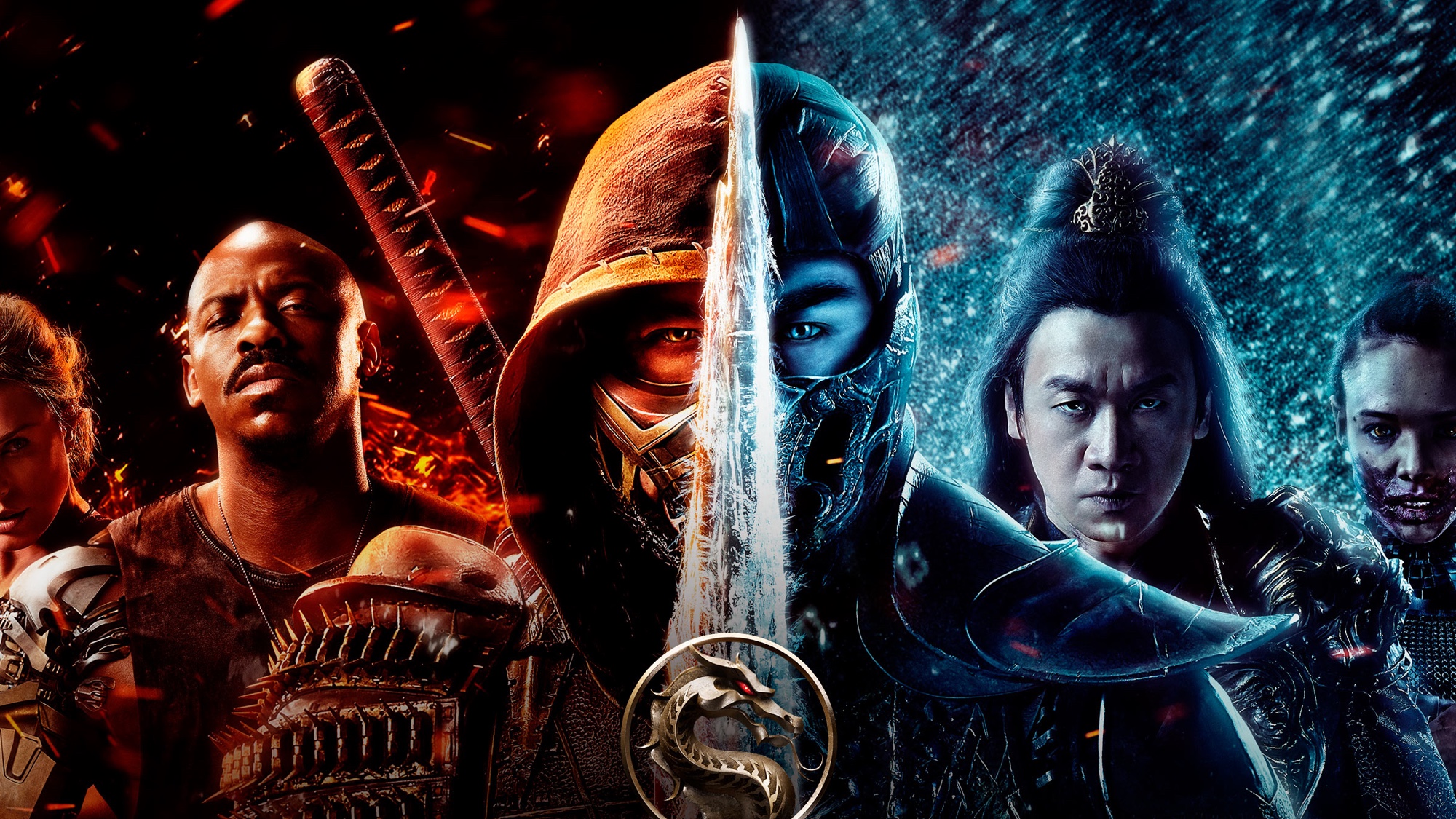 Sometimes, all a movie needs to do is not try too hard and it has already won. Mortal Kombat is exactly what cinema has been missing for the last years. It ticks all the right boxes by way of welcoming back old fans and opening up to a whole lot of new fans. Fans not just of the early 90s game but also of the well-received mid 90s cinema spin-off.

Mortal Kombat is an ancient fight that takes place between realms. Outworld has managed to defeat the Earthrealm and is down to one last fight before Outworld takes over and destroys Earth.

In an attempt to make sure Earthrealm doesn’t succeed the soul-eating Shang Tsung enlists Sub-Zero and a band of worriers to take out Earthrealm’s chosen Mortal Kombat participants. But there is an ancient prophecy stating the blood of one of the greatest worriers Hanzo Hasashi, who was brutally murdered by Sub Zero, will lead a team of new fighters and put a stop to the Outerworld.

With her special forces background, Sonya has discovered information about Mortal Kombat and sends her partner Jackson “Jax” Briggs to find the champions and bring them together. MMA fighter Cole has been tracked down and confirmed he is a contender by way of the dragon mark on his body. Just in the nick of time, Jax manages to get Cole and his family to safety as Sub-Zero tracks him down as well.

Together Jax, Sonya and Cole find themselves making their big decision to enter the challenge and getting their head around the fact Mortal Kombat is a legitimate world-ending fight. But to make matters worse loud-mouthed Australian Kano is along for the ride.

As the God of Thunder helps with the training of the chosen ones and gives them the motivation they need to open up their special skills, Shang Tsung sneaks his way in. No thanks to Kano who has now swapped sides. The battle ensues and one by one the champions must find their power to defeat their opponent.

The great thing about Mortal Kombat is it doesn’t waste time getting to the reason you’ve paid to see the film. The reason people loved to play the game. It’s the action, the blood and the fatalities people want to see and it’s what they get. Director Simon McQuoid knew exactly what it was that made this game the memorable one it was and gives it the life it deserves.

Ironic McQuoid was able to do such a great job considering this was his first effort directing a major motion picture. His background was in big-budget commercials. McQuoid managed to capture the essence of the game and build this world without too many liberties. Mind you there wasn’t a lot he had to do to get it right. The game had already paved the characters and where the story would go.

If you’re looking for a fault with Mortal Kombat in a cinematic avenue, it’s the performance of the lead Lewis Tan (Deadpool 2) who plays Cole Young. He struggles to find the balance between onscreen presence and skilled martial artist. He isn’t able to convey any sort of relationship with his onscreen partners and this inevitably pulls away from the audience finding him a relatable character.

Redeeming that oversight is that of Australia’s own Josh Lawson (Bombshell, Superstore, Anchorman 2: The Legend Continues). Lawson gives the film a hilarious injection of comedy which can only be described as 90 per cent improvisation. His delivery is outstanding even if his accent might be a tad too strong. If he doesn’t have you laughing, you’ll be wishing he’d just shut up.