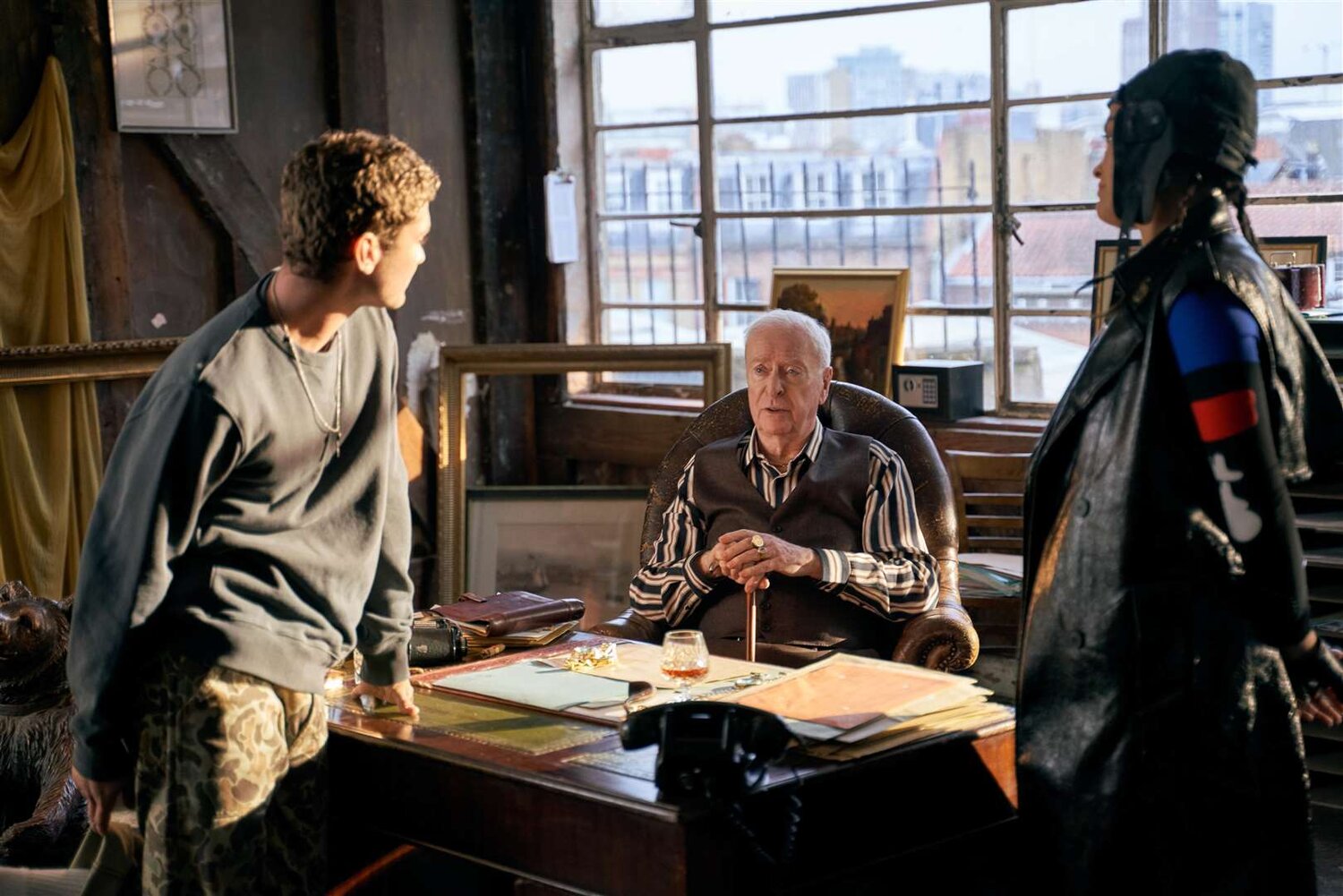 Twist is a low-budget film that pushes hard to give a big-budget experience but doesn’t quite get there. It’s the kind of film you put on because it looks good but don’t expect to enjoy it. In the end, it was a bit of fun with a nice message. Don’t be fooled however, any links to Oliver Twist are only really held in the title.

Orphan, Twist (Raff Law) had been in and out of family homes until one day he runs away to build a life for himself on the streets. Sticking it to the man at any opportunity he can get, his path crosses with Batesy (Franz Drameh) and Dodge (Rita Ora) who help him outrun the police. But as luck would have it this is just the group of orphans he needs to feel part of a family again.

After some convincing Fagen who is the ringleader taking charge and caring for the orphans (Michael Caine) sends Red (Sophie Simnett) to convince Twist in joining them in one big heist.

Losberne (David Walliams) is an art dealer with an extensive art collection in his studio. He also happens to have put Fagen out of business. This becomes the driving force for payback and with the help of the orphans set to steal a very expensive piece of art.

The modern-day adaptation of Charles Dickens’s Oliver Twist is a very loose effort at any adaptation. Aside from the character names and revolving around orphans, there is little to link any part of Dickens to the film. It was almost unnecessary to even attempt at giving the old tale a modern twist. As it would have easily worked as its own heist film.

As a heist film, it’s very predictable and simple. It feels like it has taken motivation from a number of heist films and even a touch of Guy Ritchie’s style. Twists and turns, a lot of information to keep you guessing and replace a car chase with some rooftop jumping. But all these attempts at creating this big-budget heist film don’t quite land.

Playing the lead of Twist is Raff Law who until now hasn’t had much in the form of being a lead, aside from being the son of Jude Law that is. His character didn’t tend to hold much substance and it was hard to connect with. To be fair there were moments where Law managed to hold his own, especially when interacting with Red. These moments however were far and few.

Overall, Twist didn’t quite deliver what you would expect from a modern-day adaptation of a classic like Oliver Twist and a big heist film. Not even with the likes of Michael Caine or Lena Headey could the movie even get close to what it was trying to do. What this film does do, and this is where it will appeal to a younger audience, is it does have some nice messages about family and friendship. If there’s anything that can be taken from this, that’s at least one good thing.