Three big questions raised by Ride Along 2: Where do Kevin Hart’s comedic talents disappear to when he moves from the stage to the screen? How does director Tim Story keep getting trusted to make films? And who was actually asking for a follow-up to the aggressively average 2014 original?

Ride Along 2 re-joins our protagonists from the original, Ben Barber (Hart) and James Payton (Ice Cube), a pair of cops who are about to be brothers-in-law, as Ben is set to marry James’ sister. Chasing a lead in a case, grizzled veteran James travels from Atlanta to Miami, bringing along Ben, who’s fresh out of the police academy, in a ploy to show Ben he’s in over his head when it comes to trying to be a detective. They quickly join up with criminal hacker AJ (Ken Jeong) and Miami detective Maya (Olivia Munn) as they purse drug kingpin Antonio Pope (Benjamin Bratt) across Miami.

Those unlucky enough to have seen the original might note that the core plotline of the film, wherein James brings Ben along on a case in order to break his spirit and make him stop aspiring to better things in life, is pretty much identical to the first movie. This is despite seemingly resolving their rivalry at the end of the last film. But you know the old adage: if it inexplicably made more than $150 million at the box office the first time around, don’t fix it.

What this means though is that Ride Along 2 is not only plagued with some of the same problems as the first one, but many are exacerbated because of the repetition. The first of these is the plot, which is just as threadbare this time around. At least the first one had a shade of mystery over the identity of the main antagonist. This one instead gives away Pope as the villain in the very first scene, killing any sort of tension that could have made the crime-solving part of the film interesting before it even has a chance.

Then there’s the writing that seems intent on preventing the main pair from even trying to develop any chemistry. Instead of allowing the two to play off each other, Cube is blocking Hart almost every time he tries to bring a bit of joy to the film. Instead, it’s these put-downs that are played for laughs, but they more often come across as mean-spirited than funny.

In fairness, there are some decent gags within, mostly supplied by Hart and Jeong, despite a script that refuses to waver from well-established tropes.

Additionally, the cast seems to be at least making an effort with what’s in front of them, with the exception of Olivia Munn, who sleepwalks her way through the film. Interestingly, it’s Benjamin Bratt as the villainous Pope, who ends up stealing most scenes he’s in, just like Laurence Fishburne did as the antagonist in the original.

Overall though, Ride Along 2’s not funny enough to pass as a decent comedy, nor is it compelling enough to pass as a good crime film, and it should really be the end of this franchise. However, the mediocrity of the first one didn’t stop this being made, so don’t be surprised if you end up reading an eerily similar review for Ride Along 3 sometime in 2018.

Like Loading...
Newsletter Signup
In this article:ice cube, james lamb, kevin hart, movie, movie review, movies, movies that suck, ride along 2
Up Next: 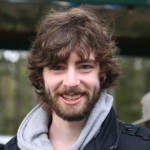