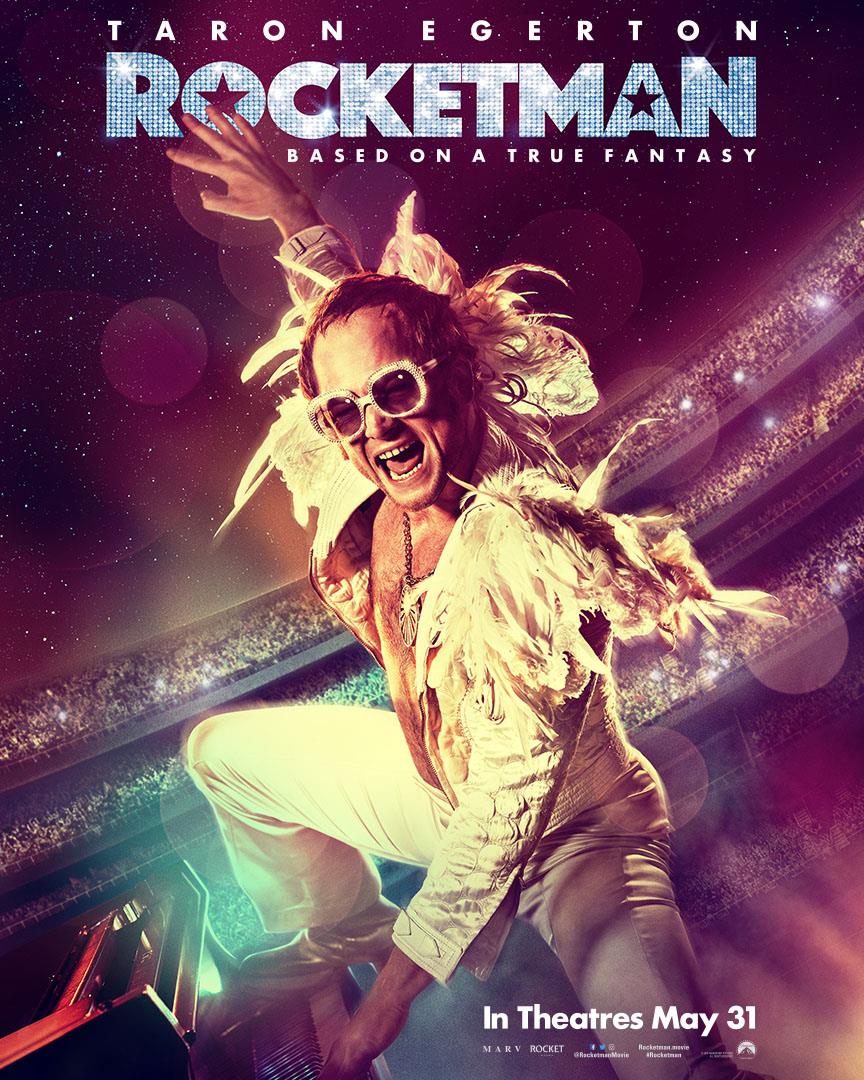 Finding someone who didn’t know Elton John or at least know one of his songs would almost be impossible. He holds the record for the biggest selling single of all time for Candle In The Wind. And while most people will know the big stories of his life, he’s gay yet married a woman for one example, there is so much that lead to man he is today. So much so few would have any idea about. And Rocketman is the story that tells that part of his life in the form of a musical.

When you think stories, biographies or movies based on the life of a celebrity, you have a very methodical approach. Take for example Bohemian Rhapsody. The introduction to the character, the backstory to the music and the rise and fall on their path to greatness. These kinds of movies are generally made once the celebrity has passed away. Rocketman tells the story of the early life of Elton John and his rise to stardom. Elton is very much still alive which shows just how much courage it would take to tell his story. But also gave him more control over what information is shared about his current lifestyle.

Where Rocketman differs from other movies based on the life of a celebrity, it is not a tell-tale traditional story. Rocketman is a musical. It’s clever and fitting to show the life of one of the world’s greatest musicians in the one way his life was, a musical. With such a back catalogue and heartfelt music, the songs are used to continue telling the story. There isn’t a making of the song, the song is the moment.

Set to the style of Rose telling her story in Titanic, Rocketman slips back and forward between Elton (Taron Egerton) telling his story how he ended up in rehab and the story playing out itself. Sitting in a circle where Elton declares he’s an alcoholic, drug addict and sex addict he goes back to the very start and some of his earliest memories to set the scene.

Elton had a very troubled upbringing when his father who was rarely home didn’t show Elton any affection. His mother is no better and blames his father for all the things wrong in their lives. The one stable thing in his life is his Grandma who tends to be holding everyone together if only by a thread.

When his music teacher says he is worthy of joining the Royal Academy of Music, Elton is accepted without fail and starts to build on his unique ability to hear and play without sheet music. And from here Elton’s life tends to fast track.

Teaming up with lyricist Bernie Taupin (Jamie Bell) the two started to build a name for themselves gaining traction in the USA. Selling out shows and gaining a strong fan base the two managed to live a lavish lifestyle. Until the drugs, the alcohol and the many sexual partners of Elton became too much for Bernie to witness.

Elton couldn’t go on stage unless he had a cocktail of drugs and alcohol to blur his struggles with who he truly is. Until eventually he takes himself to rehab.

Taron Egerton (Kingsmen: The Secret Service, Robin Hood, Sing) absolutely smashes his impersonation of Elton John. Not only can Egerton sing worthy of a chart hitting song, Egerton has a range very similar to a young Elton John. But while the singing is a large part of the film, Egerton really got to flex his acting skills and channel in some of Elton’s characteristics. Small details like the way Elton smiles. Elton tends to have a tight upper lip that starts to turn in on itself when he smiles. Egerton picked up on such a small detail and used it to create this perfect resemblance.

Bringing Elton’s life to the screen is by the vision of Director Dexter Fletcher. While it’s not a name you would recognise as a Director, Fletcher has had a long career in film and television. Rocketman is Fletchers fourth entry as a Director but also his second working with Egerton (Eddie the Eagle). Fletcher managed to turn what could have easily been a “story in the life of” style film. But instead he turned Elton’s music into moments that told the story. Bringing in a whimsical musical style worthy of the stage and a perfect amount of dramatic licence, Fletcher created something different to show the life of someone truly out of this world.

As if destined to be, the whimsical Rocketman is the life of a great musical. It delves into a much darker and deeper side of a young Elton John maybe only few knew about. It manages to balance a musical with a dramatic film and does it with humour and sass, exactly how you would imagine Elton himself. If you aren’t singing along you will most easily be captivated by the visual splendour before you.

Review – Godzilla : King Of The Monsters