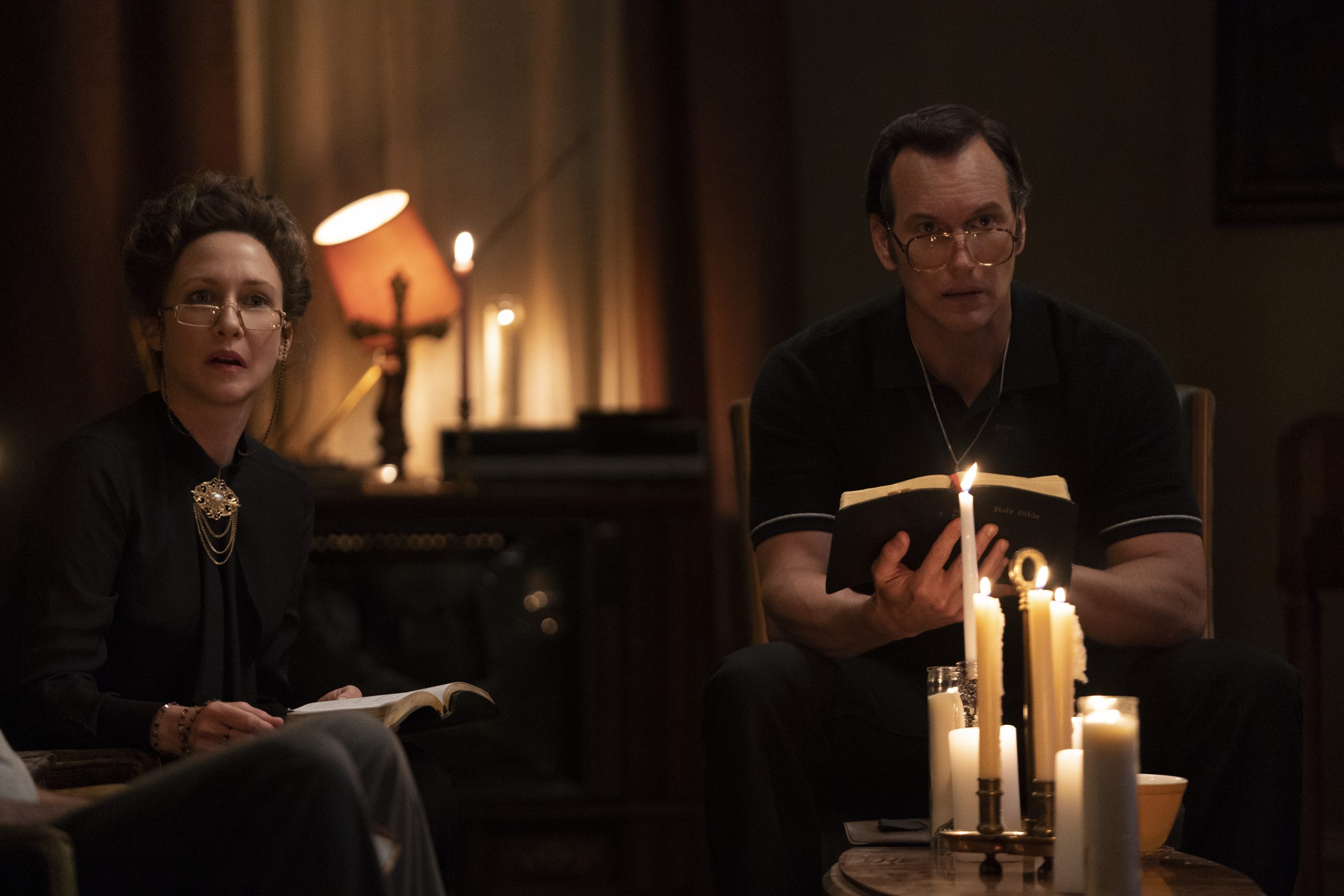 Making modern day horror films enjoyable is a tough thing to get right. It almost seems like every plausible avenue with every possible way to scare the audience has been tried and tested. But when James Wan’s The Conjuring hit cinemas in 2013, there seemed to be a feeling of renewal for the horror genre with the overwhelmingly positive critic, audience and box office response. I believe, like many others, it is because it was a horror film that went back to the basics. A good story, with decent scares and incredibly loveable characters in Ed and Lorrain Warren. It seemed like lighting was caught in a bottle, however, like the inevitability of the rising of the sun each morning, one successful film must lead to infinite sequels and spinoffs. Thus, the ‘Conjuring Cinematic Universe’ was born, with 8 films currently filling its agenda. Unfortunately, with more duds than wins, it is not abnormal to feel concerned with a third Conjuring film (especially when the first 2 entries from James Wan are undoubtedly the best in the series), that doesn’t see the return of James Wan in the director’s chair and the bad taste of The Curse of La Llorona left in the mouth leading into this release. Thankfully, The Conjuring: The Devil Made Me Do It may not be the best out of the 3 main Conjuring films, but it is everything you are looking for in a worthy sequel.

The Conjuring: TDMMDI sees the return of La Llorona director Michael Chaves, under the guidance of producer James Wan, to tell their take on the true story behind the first ever United States court case that used ‘demonic possession’ as a legal defense when young man Arne Johnson (Ruairi O’Connor) is charged with a murder he believes he did not have control over committing. It’s up to long time paranormal investigators and husband-wife duo, Ed and Lorraine Warren (Patrick Wilson and Vera Farmiga) to gather to evidence to prove this was possession and take down a potential satanic cult who may be behind these curses.

What works about this film and has been the main secret to success in the previous 2 Conjuring outings, is the performances of Wilson and Farmiga as the Warren’s. They are the heart and soul of the film, keeping it emotionally grounded and incredibly easy for the audience to feel a real attachment to these characters. Whenever they are in danger, you feel that on the screen and want to make sure they get out of the peril safely. Even without seeing the first 2 movies (which does set up these characters very well), The Devil Made Me Do It still has the goodness of these two paranormal investigators at its core. It is Farmiga that shines in this outing as she is pitted against a antagonist who is ultimately her equal when it comes to spiritual prowess, however, more so using the gifts for Satan, creating some exciting back and forth scenes inside the spirit realm between the two characters.

Working more so as an investigative film than a straight up horror, it is fun to watch the Warren’s try and piece together all the clues in order to figure out the origin of these demonic curses. The movie does a great job of keeping the audience intrigued along with the ride, adding some decent twists and turns along the way.

The script (from The Conjuring 2 screenwriter David Leslie Johnson-McGoldrick) does a great job of creating sympathy for the film’s subject, Arne Johnson. After the movies opening spine tingling exorcism which sees Johnson invite a demon into his body to save his younger brother-in-law, it’s hard not to root for the protagonist who is the centre of many visually exciting and creative scenes that consistently keep tension at the fore front, with a solid sprinkle of jump scares in there too.

Chaves’ visual style is unique enough with some great use of shadows and colours to distinguish when a seen of possession is about to take place, which creates a fun atmosphere (if getting scared is your version of fun!) – however, there are elements of the movie that do feel like he is a director still trying to lockdown his style as a story teller, focusing a lot on moving a dramatic scene along to get to another scare, rather than letting the film breath and allowing the audience to feel along with it’s characters, something that Wan did perfectly in the first 2 Conjuring films.

The set pieces in this film are very well put together, even when at times, the formulaic beats of the lead up to a scare are easy to point out. There were a handful of moments where creepy visuals or disturbing looking demonic entities lurking in the shadows created a sense of communal dread in the screening (audible groans from the audience specifically in a scene taking place in a morgue was a highlight). The waterbed scene from the trailer is still exciting within the film, and the exorcisms that take place a bigger in scale than we have seen before, but when it comes to being a genuinely scary film, TDMMDI doesn’t tick all the boxes to make it one of the great horror films, but perhaps in time and with more experience under his belt, Chaves will move up those ranks.

While it may not be the best sole Conjuring film, it is definitely a solid sequel and infinitely better than the spin-offs we have seen in this universe. That comes down to the story focusing on the characters we love in the Warren’s and a fun investigative film that has enough creepy moments to keep the tension palpable!

Review – Deliver Us From Evil