Review – The Eyes of Tammy Faye 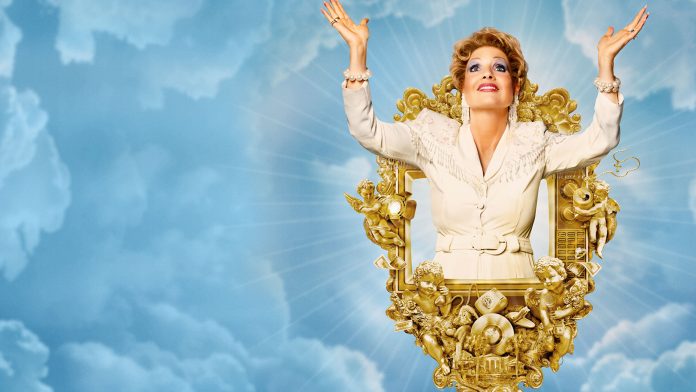 Each year, during awards season, a handful of films are released that seem to all garner the same criticism: “the movie was fine, but those performances were outstanding”! Whether it’s meanderingly paced or simply uninteresting subject matter, the ‘Oscar-bait’ style has often fought an uphill battle of winning over audiences and what they want to spend their box office dollars on.

The Eyes of Tammy Faye falls into this category as a movie led by stellar performances, about incredibly larger than life personalities, in a movie that is a fantastic balance of satire while also being respectful to its subjects, but ultimately drags along a tad too long to stay consistently intriguing. 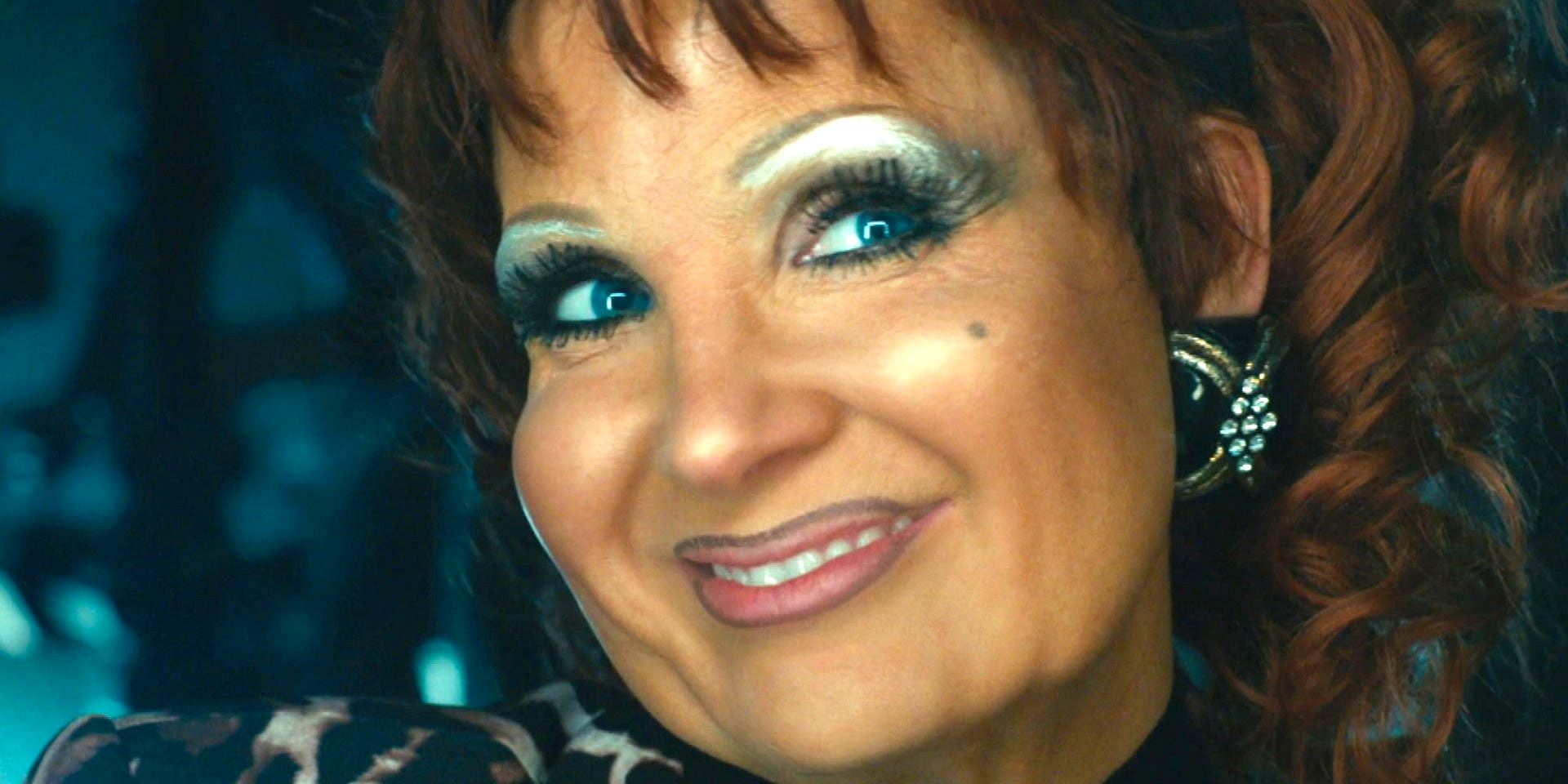 In the 1990s, Christian televangelism was rocketing to its peak. Television stations totally dedicated to make-up plastered, frilled-sleeve wearing, money-fueled and quite frankly, incredibly over-the-top religious leaders who were more interested (perhaps unintentionally) in their media persona’s than spreading the word of God.

In the centre of this faith-filled boom, was Tammy Faye and Jim Bakker, a married couple who met at a Christian camp for up-and-coming preachers. Even though God is the first love in their life, they still fall madly in love with each other… or fall in love with the idea that together they can both take over the posse of religious ramblers to become the most adored Christian evangelists. However, behind the cameras and the lights, the sinful pleasures of the world, like sex, drugs, money, and power, being to seep into their marriage causing a rift within the fabricated lives they created. 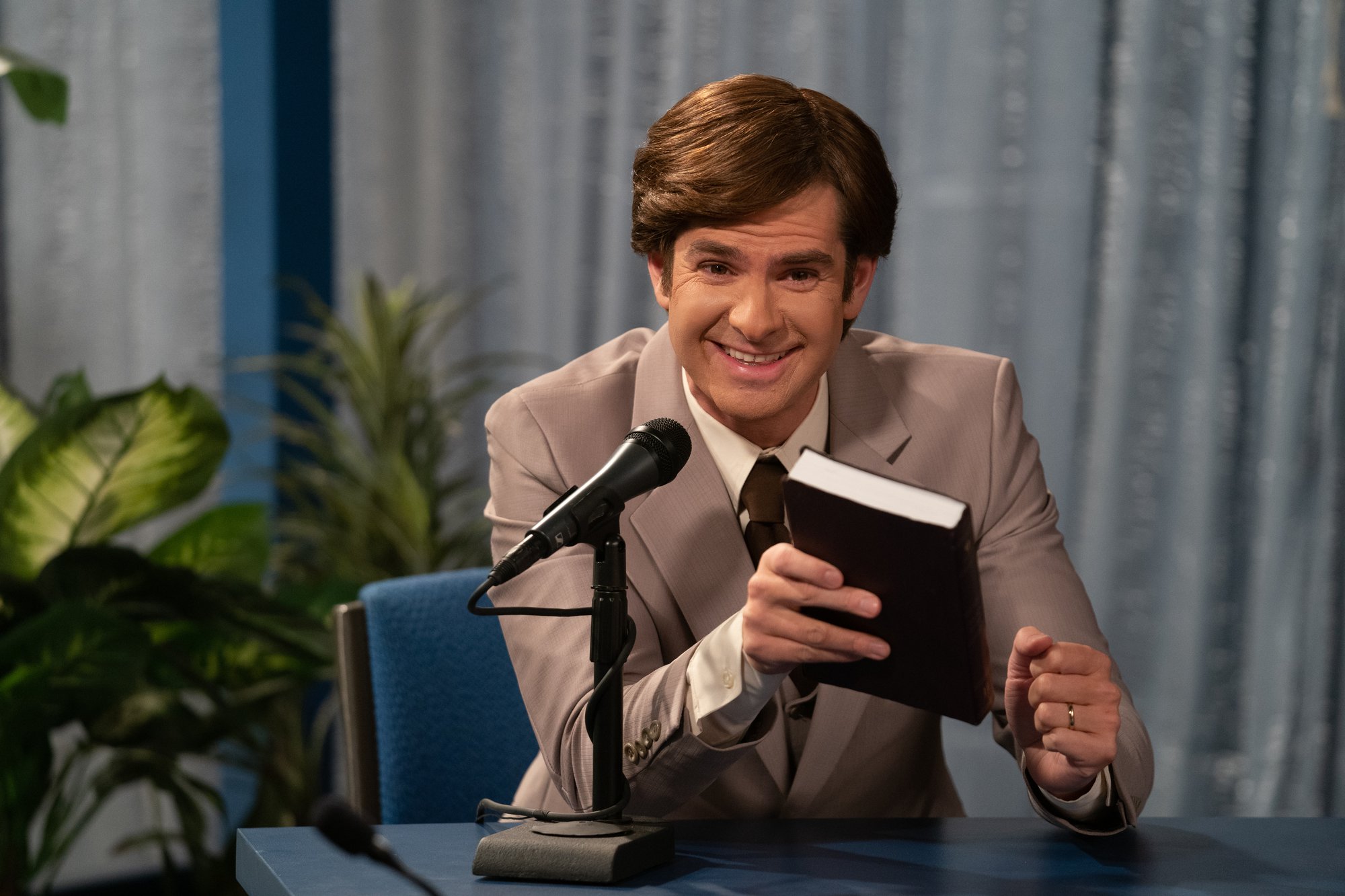 Directed by Michael Showalter (The Big Sick), and with his immense background in absurdist comedies, such as Wet Hot American Summer, The Eyes of Tammy Faye manages to capture the surreal insanity and oddities of the evangelist life, but in a grounded way that reminds the audience that these are all, in fact, real people who did all these things. Showalter has captured the frivolity of this era with elaborate set pieces and colourful cinematography that has this ‘fever-dream’ quality, especially if you’ve never been exposed to the world of televangelism.

Jim Bakker shouting down camera lenses, begging their audiences to pledge more money to God’s cause, while a church choir loudly sings the Lord’s praises, dressed to the nines in gold jewellery and fur coats, should create a sense of unease as a viewer as you see the insincerity while they’re on camera, and then the hypocrisy behind the camera as the evangelists all take part in a pissing-contest of who’s getting more viewers and who’s got more money.  However, Showalter’s direction and the screenplay from Abe Sylvia have portrayed these scenes in such a heightened and satirical way that its laughable and easier to digest. 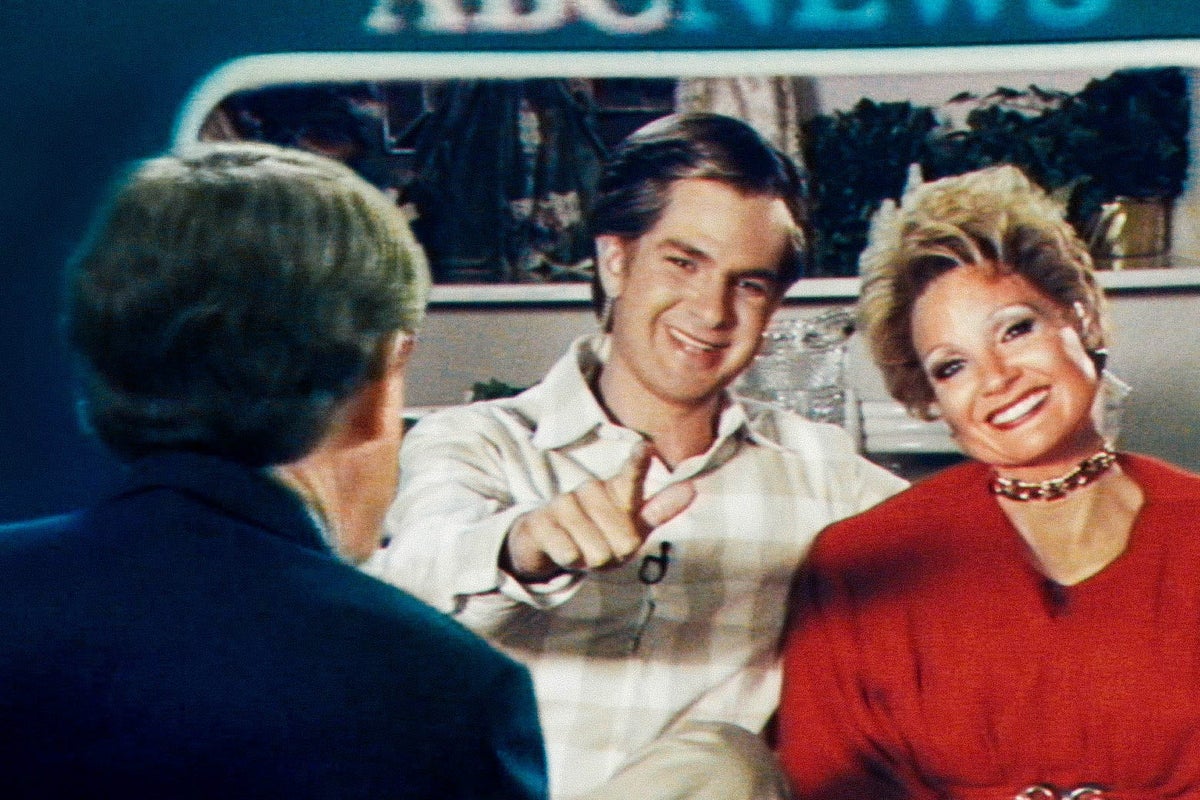 For the first hour or so of the film, Tammy seems to be an equally responsibly culprit in wanting to help her husband gain more money from the pledges, even to the point of wanting to open a waterpark with a ‘Jerusalem’ theme. But slowly, the story begins to unravel the humanity behind Faye, a woman who is reliant on substances to be happy, someone who is belittled by her husband and the senior religious figures around her. Tammy is also someone who genuinely loves people, often speaking to communities judged by Christians, such as the LGBTQIA+ community. Tammy’s ignorance to the ramifications of ‘imparting God’s will’ on people, soon becomes a tale of empathetic tragedy as infidelity and denial take the forefront of her being, all the while still trying to love those who have been ignored by her community.

However, at times, the movie can time jump forward drastically, often going from major event to major events without focusing on the nuances these characters. While the personalities on display are engaging, mainly due to the outstanding performances from both Jessica Chastain and Andrew Garfield, the movie doesn’t take enough time to establish who they are, more so focusing on what they did. This does affect the pacing of the film because many scenes feel like repeats of previous moments, especially in the second act, unfortunately with a lack of character substance and arc to propel the story on. Once the movie reaches its third act, and the reveals being to come to fruition, Tammy’s story finishes on a strong, and upsetting note. 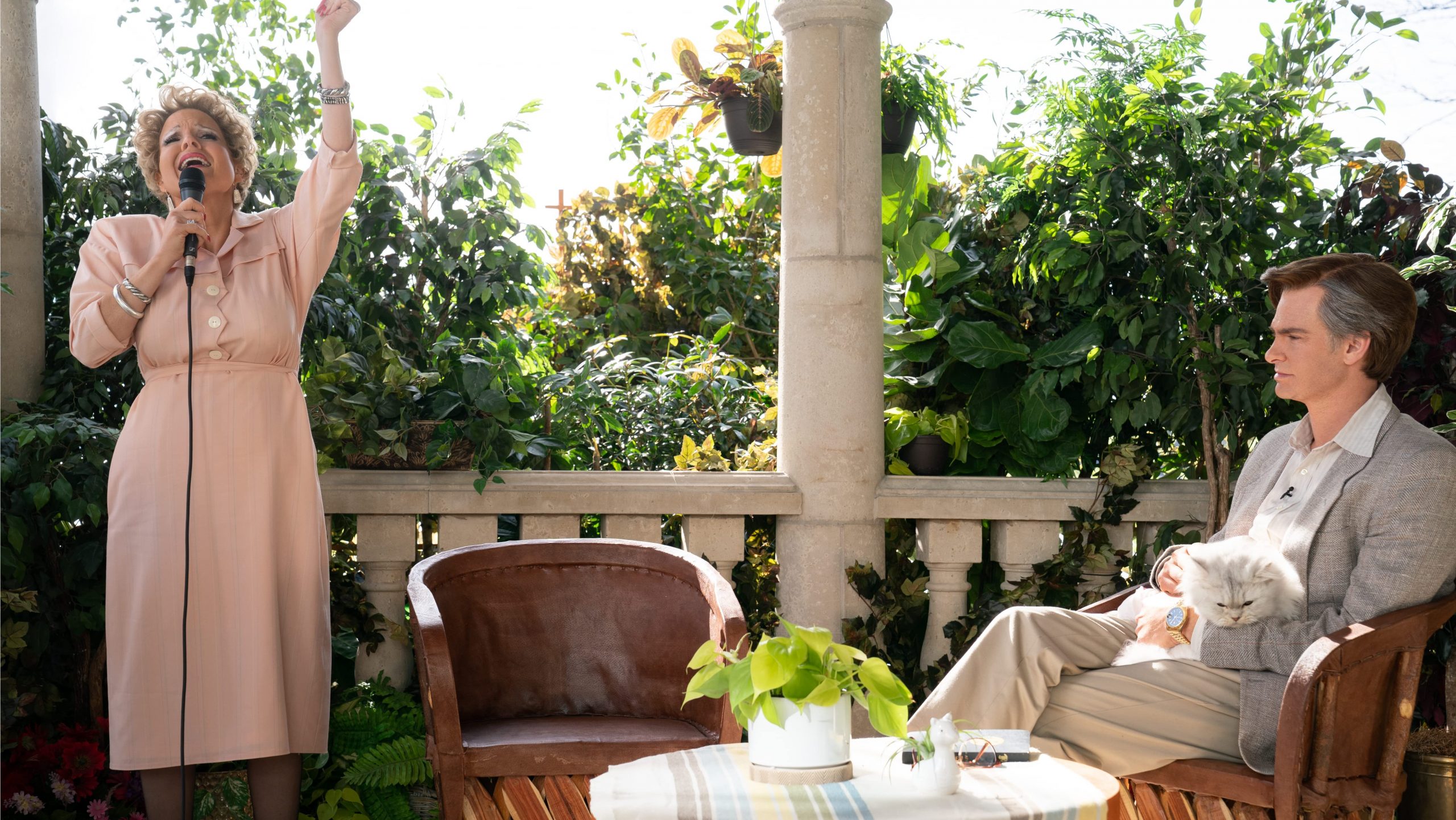 With the material given, Chastain chews up the scenery in a performance that both physically transforms her, but also allows her to showcase an acting style we haven’t seen from her. Her dramatic chops come out to play when the time requires, leading to some incredibly tense moments bouncing of another stellar and brutish performances from Garfield (another actor whose showcasing talent not seen from him before), but Chastain shines when Tammy is at her bubblies, even when that joy is fabricated for the cameras.

The Eyes of Tammy Faye is a fun experiment in the biopic genre. Showalter’s comedic stylings create a fun satire that pokes fun at the ridiculousness of 90s evangelism (while never making fun of religion itself), but also treats Tammy and Jim like real people within a world of fake personalities. Even with the strong lead performances that feel worthy of awards talk, the style outweighs the substance as the movie rockets through almost 20 years of story, without truly letting us get to know what made these people tick.

The Eyes of Tammy Faye is in cinemas now thanks to 20th Century Studios Australia.