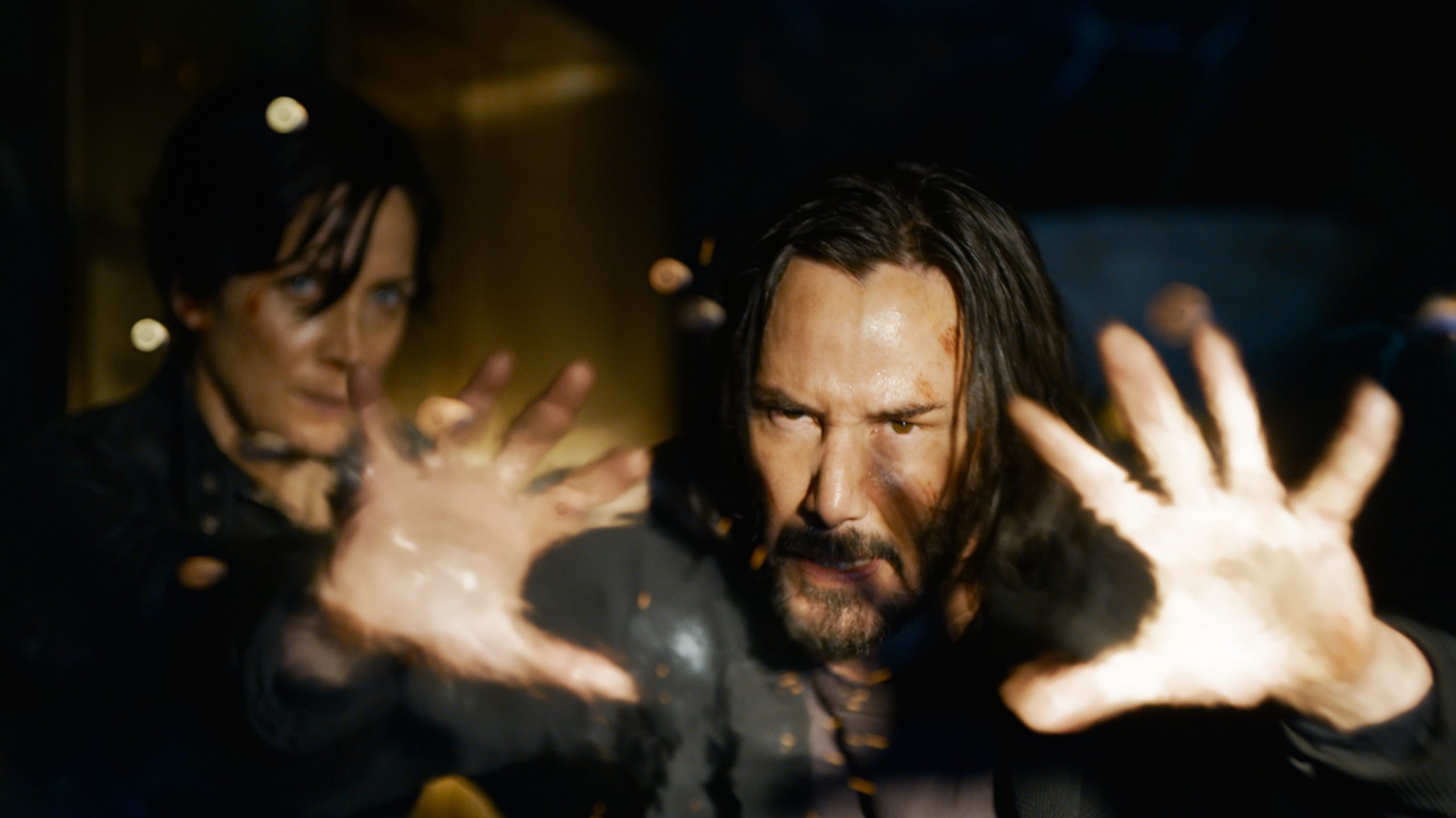 It’s been 22 years since The Matrix first graced our screens in 1999. The groundbreaking sci-fi film wowed audiences with its special effects, gripping story and three enigmatic leads. The film garnered two sequels to varying success and retained a legacy through video games, animated features and constant references in pop. Culture zeitgeist since its debut. Finally, Warner Bros have pulled the plug, and a fourth instalment is here with one of the two original filmmakers and 2 of the 3 leads coming back to reprise their roles in a sequel/reboot that defies all the rules and exists in a league of its own.

Thomas Anderson (Keanu Reeves) is a successful game developer, created a trilogy of games called The Matrix. He is starting work on the fourth instalment and needs some inspiration as the world around him has left him feeling like something is missing. He has regular sessions with his therapist, played by Neil Patrick Harris, as his dreams and flashbacks to the events of the first three films encroach on his everyday life. His boss, played by Jonathan Groff, is a harsh taskmaster who doesn’t understand creatives. Thomas consistently goes about his day to day convinced that he has missed something when Morpheus (Yahya Abdul-Mateen II) informs him he has been imprisoned by the machines and must save Trinity (Carrie-Anne Moss) to turn the tide on the still rampaging war.

Going into this movie, I had no expectations; the two sequels did nothing for me and even after a recent re-watch, I really don’t consider them to be anything compared to the first one. This movie sits just above that rating. Director Lana Wachowski has created an inventive way to bring Neo & Trinity back and make the world of the Matrix make sense again. Not only does Wachowski pull this off successfully, she also brings a whole lot of humour and heart to this sci-fi world that has previously been cold and quite serious.

There is a meta style to the humour here that offers a lot of social commentary about our world right now. Reflections on consumerism and our relationship to media and devices compared to other human beings are front and centre of this story. The dialogue is sharp and cleverly written that it warrants multiple viewings to get them all in. Above all else, this is a love story, a love story about Neo and Trinity that, instead of being tacked on like the previous films, is the primary focus and their importance to the story of this place in the Matrix world. This is not the Matrix film from your childhood. It offers something completely new and groundbreaking, and I am confident it will be a very divisive film.

Previous Matrix films are infamous for their action scenes offering up some of the best ever made, and this film adds to that legacy. There are several jaw-dropping action scenes here, one that used wires instead of CGI that I still cannot believe the actors and studio agreed to. Most of the action takes place in the city of San Francisco, and the lights and cityscapes offer an alternate landscape for action set pieces compared to previous Matrix films. That being said, there is no bullet time in this movie, instead a new version that is slower than bullet time that doesn’t really work. It makes the screen look a little jarring and unfinished; after the third time they try and use it, it just looks very average. That being said, a beautiful fight scene in a dojo filmed with natural light and water is one of the biggest spectacles of the film.

Newcomers Neil Patrick Harris, Jonathon Groff and Jessica Henwick shine in this, with Henwick the clear standout as the possible new Trinity replacement should the series move forward. If you recognise a few faces, it is because a lot of the cast from the Wachowski’s Netflix series Sense 8 are in here, including Eréndira Ibarra, Max Riemelt, Brian J. Smit & Toby Onwumere. Priyanka Chopra Jonas has a more minor role than expected, but it is great to see her back on the big screen. Ya-Yah does his best to fill the Morpheus role but comes across as a bad imitation of Laurence Fishburne. To be fair, I felt this at the start of the film and as more is revealed about his character, this kind of makes sense.

Seeing Reeves and Moss back together after so many years was absolutely beautiful. Their chemistry is as strong as it was in the original films, I would say even more so. As they find their way back to each other, the build-up for the big moment delivers a lot of questions and pays off superbly (I may have been a blubbering mess in the cinema at this point).

The Matrix Resurrections is a sequel/reboot that defies the rules of what this should be and carves itself into new territory. The story intertwines with the original film and offers us the familiarity with a completely new premise that audiences will either buy into or not. Bringing back the original leads was paramount to the success of the story, and modernising the setting and offering an insight into how we interact with media and technology today is a well-earned perspective from this incredibly talented filmmaker. While I acknowledge that this won’t work for everyone as it is not the Matrix from your childhood, it is a bold new chapter that refuses to relent and succumb to the ordinary.

The Matrix Resurrections starts in cinemas on Boxing Day, December 26.