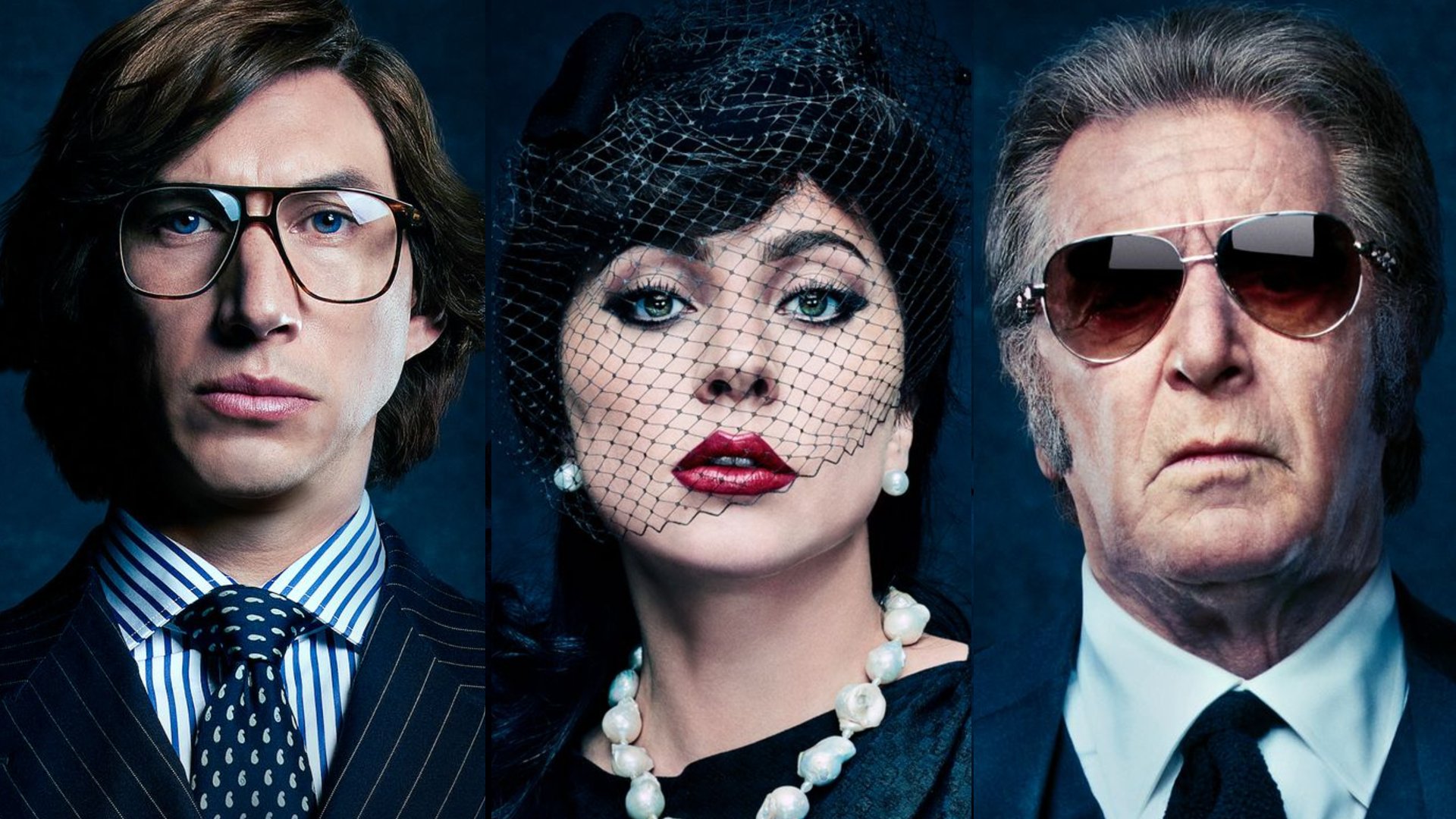 A true story based on the book House of Gucci: A Sensational Story of Murder, Madness, Glamour and Greed. The film is helmed by superstar director Ridley Scott and features an all-star cast to tell that tale of a family business that exploded into an empire in the ’80s and ’90s.

The film may feel overly bloated at a 2-hour 40-minute mark. Still, each second is needed to explain the intricate details of the story and explore each character to understand their motivations and how they fit into this world. The performances will keep you in as the two leads played by Lady Gaga and Adam Driver are the primary focus; their love story will keep you firmly invested in their journey and the swirling world around them.

Starting off in the 80’s Maurizio Gucci (Driver) is studying to be a lawyer. His family business – Gucci – is of no interest to him. His flamboyant father, Rodolfo (Jeremy Irons), is trying to get through to his son; however, when Maurizio meets Patrizia (Gaga) and asks for her hand in marriage after a short courtship, Rodolfo is convinced she is after his family’s fortune and cuts Maurizio off. Not having anywhere to go, Maurizio moves in with Patrizia and her family and learns their family business of ground transportation. The pair get married, and Maurizio’s uncle Aldo (Al Pacino) connects with the couple after their wedding to try and get Maurizio involved in Gucci. As the couple get deeper into the drama, the true intentions of everyone involved come to the surface combining love, family, drama, fashion and murder.

Gaga and Driver are absolute powerhouses here. Their chemistry is palpable, and they both really command the screen, embracing the ridiculousness of the outfits and the script. Gaga takes on a completely different role from her previous film A Star Is Born, here proving she has the acting chops to make her a movie star. Driver seems to be having a lot of fun with the material given to him. Pacino is fabulous as Aldo, a joyous family man who is determined to keep the family in the business at any cost. Where the film starts to falter is Jared Leto’s Paolo. His Italian accent comes off as though he is auditioning for the Super Mario Bros. movie and really takes away from his performance. He also has an odd-looking wig cap, and his character is meant to be highly eccentric, which he manages to deliver. The issue is the accent, and the wigs are too distracting to buy any belief in his character. Jeremy Irons and Salma Hayek offer up supporting roles that are fine; they are just not around enough to make an impact.

Each lavish party and fashion show is immaculately designed and shine on screen. The high brow parties are grand in scale with beautiful Italian country backdrops. At the same time, the contrasting fashion shows look huge compared to the large runways and full crowd showcase immaculate designs by costume designer Janty Yates. The distinct change from the ’80s to the ’90s is also flawless and a great throwback to what was high fashion back in those times. Yates uses Gaga as her canvas. Her journey from street to high fashion and through the later parts of the movie are beautifully reflected through fashion.

Personally, I haven’t read the book, so I can’t comment on how close it is to that or the “true story events” it is. However, a well-crafted plot with intricate directing understands what the audience wants and delivers it. While the accents drift in and out, this isn’t enough to write the film off. If you are expecting a significant action spectacle, this is not the film for you. Instead, a lavish and camp journey through the best and worst of the ’80s will take audiences on a journey best experienced with friends and a bottle of wine.

House of Gucci is in Australian cinemas January 1, 2022.