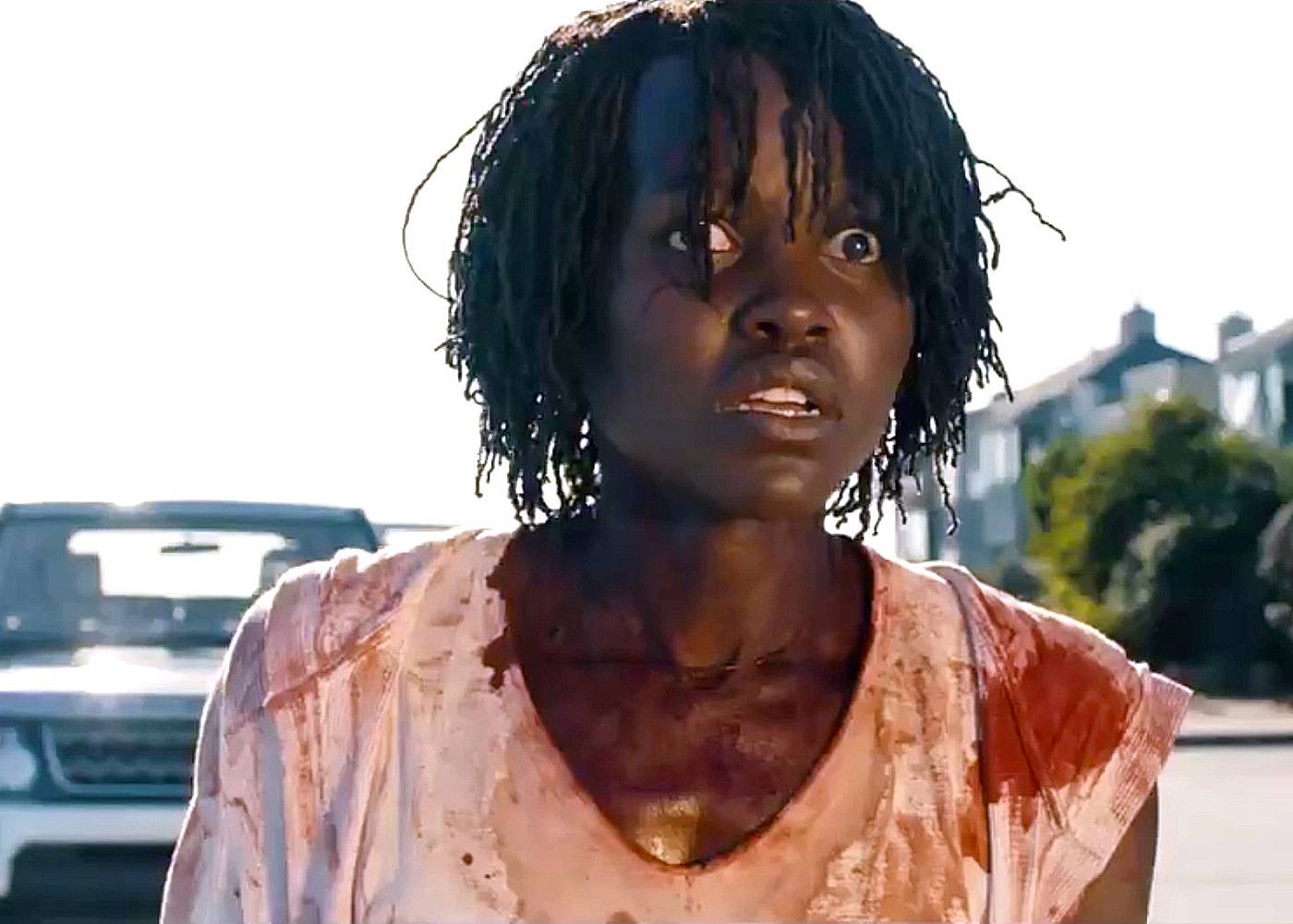 The worst and possibly the best thing about Jordan Peele’s latest film Us, is in the fact that it doesn’t make any sense. The messages are confusing and worst of all, it’s a tad silly. But with every one of those decisions that make your brain hurt trying to figure it out, there’s a whole lot of messages just waiting for you to unravel.

Us is the follow up film to Jordan Peel’s Directorial debut Get Out. While there are some similarities in the way he tells his story the two are a great deal different of each other.

Adelaide is at the fair ground with her mother and father. While her mother clearly doesn’t want to be there and her father has had a little too much to drink, Adelaide finds herself drawn down to the beach front. While her parents are still unaware Adelaide has even left their side, she enters a maze of mirrors only to find what is herself standing in front of her.

Cut to Adelaide married and with children on a family holiday to the beach. The relaxing family vacation quickly turns bad when versions of themselves, “shadows” come to claim their place on land.

The first half an hour to 45 minutes of Us pulls you right in. It manages to bring you close to this fun young family going on holiday and attempts to make you part of the family. And while you’re at ease there’s a slow tightening of your senses as you feel something is coming. But then there’s part of you that forgets as you laugh off some tension, because Us provides some quality comedy – as is Peel’s background.

After that 45-minute mark where things start to settle down and the background gets explained, Us tends to get a little bit lost in itself. All the momentum is gone, it starts to make no sense and it verges on being a little bit silly. And while the background is explained to how the current situation came to be, you’re left with a great number of questions. Trying to understand why everything is the way it is and why it seems no one is able to stop the craziness.

It’s the messages in between the lines you need to pick up on. Social class, political statements and psychological state just to name a few. But you’d be excused if you weren’t picking up on that as you watched random bunny rabbits run around the hallway.

Leading the cast is as Adelaide and Red is Lupita Nyong’o (Black Panther, 12 Years a Slave, Star Wars: Episode VIII). Nyong’o gives one of the most amazing performances not only in the film but quite possibly a big contender for the awards season to come. Her ability to have this haunting background whilst also having a motherly nature and then flip it and become a killer is more complex than anyone would care to imagine. Yet, Nyong’o manages to combine them all and portray this twisted confused caring character with ease.

It isn’t until you see Nyong’o as Red that you realise how talented she is. The complete opposite of her Adelaide character, yet it holds these resemblances giving it a weird blend of comforting and frightening. Her control over her body and voice is amazing giving Red an even more twisted sense of being.

Overall, Us has an amazing and strong first half to the film. Where it ends up disappointing is in the fact it stops being funny, scary or making any sense. It tries really hard to send a message but in the end there’s so many messages that it’s too confusing to really understand what the message is. And because you’re already so confused from thinking too hard the ending throws you right into the deep end and you’ve no idea how to swim.

The music is great and it has some quality camera work. The comedy is on point and the horror makes your chest tighten. It’s these things that make the disappointing film worthy of watching. It was so close to holding itself for the entirety of the film, but it got a bit lost on its way and had to explain it to the viewer. In turn watching the rabbits was easier to understand than the rest of the film.