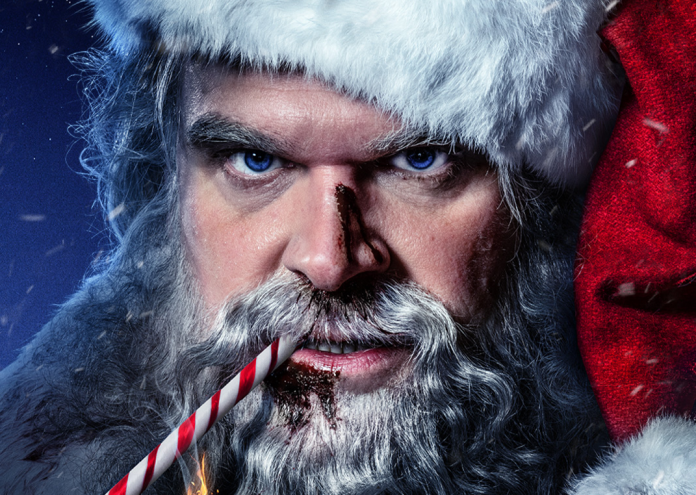 Normally at Christmastime, we leave the action and villain killing up to a guy who writes: ‘Ho, ho, ho’ in blood on a bad guy’s shirt. But since Nakatomi Plaza is safe for another year, this Christmas, Santa is taking things into his own hands for the action-comedy, Violent Night.

Directed by Tommy Wirkola (Hansel and Gretel: Witch Hunters) and produced by the stuntman-turned-filmmakers team at 87North (John Wick, Bullet Train), Violent Night tracks a beer-drinking, foul mouthed Santa Claus (David Harbour, Stranger Things) on Christmas Eve, as he stumbles with his reindeer to make sure presents are delivered to all the people on his nice list, childrens and adults alike. However, the job is wearing a little thin on Santa. Tired of the mundanity of milk and cookies, Old Saint Nick ponders whether this Christmas may be the last for him, unsatisfied with the amount of good that should be happening in the world.

As Santa drinks his way from pub-to-pub and house-to-house, the dysfunctional and stupidly wealthy Lightstone family reunite for their Christmas celebrations. Jason Lightstone (Alex Hassell) makes the journey with his recently separated wife, Linda (Alexis Louder, and they’re daughter, Trudy (Leah Brady). Having not told his family about the separation, Jason wants to use this get together as a final attempt to reconcile with his family. Upon their arrival they’re greeted by Jason’s sister, Alva Lightstone (Edi Patterson, The Righteous Gemstones), along with Alva’s action-movie star (and dumb as a doorknob) husband, Morgan (Cam Gigandet) and her smart-mouthed, bratty teenage son, Bert.

As tensions rise and banter flies between Jason and Alva, the room is stopped when the overwhelming presence of their mother, multi-billion dollar magnate, Gertrude Lightstone (Beverley D’Angelo) bursts into the room. In which the suck-up games commence, with Alva, Morgan and Bert all playing nice so they can continue living the cushy lives they currently possess. But, the holiday cheer soon turns into hellish chaos, when a former employee of Gertrudes, now turned mercenary, Ben (or based on the codename he goes by, Scrooge) (John Leguizamo) unexpectedly invades the Lightstone mansion to steal millions of dollars of cash locked away in a vault under the manor.

With the family taken hostage and the unpredictably volatile ‘Scrooge’ doing whatever it takes to get to that money, only one person has the ability to save the Lightstones by any means necessary… even if a few of them are on his naughty list. Arriving at the Lightstone’s mansion at the worst time possible, Santa must use his Christmas sack of violent tendencies to save Christmas once and for all. 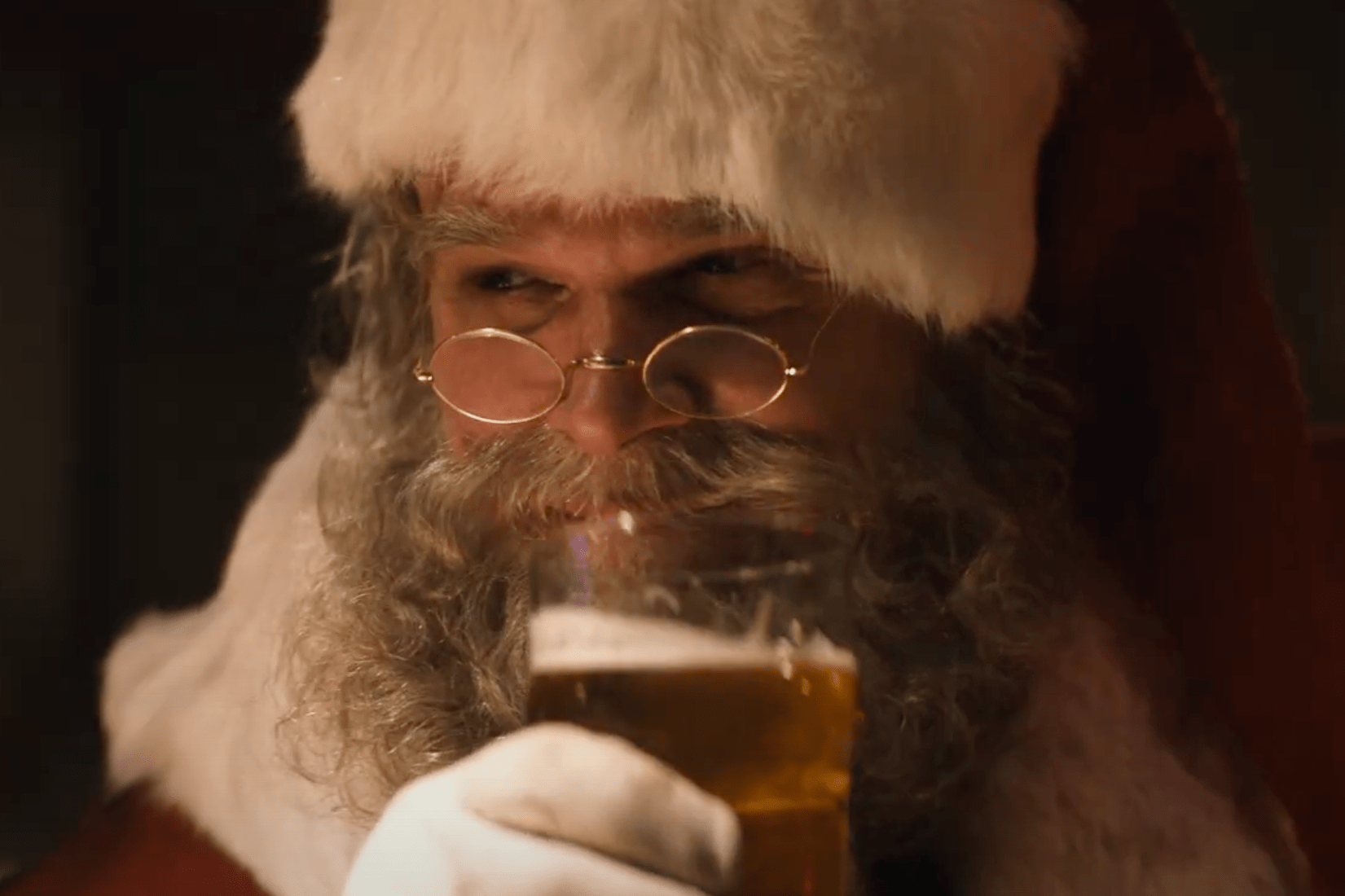 From the opening scene of Saint Nick getting hammered in a dive bar, complaining about how there’s not enough good people in the world anymore, Violent Night understands how insanely ridiculous its premise is. And never once does it shy away from the madness, rather fully leaning into the insanity to create a hilarious and action packed film that somehow never loses the Christmas spirit, no matter how gory and bloody things get.

Director Tommy Wirkola, along with a strong foundation of support from producers like David Leitch, have shot and choreographed the action in such a way to really showcase brutality, but also highlight how far action movies have come since films like John Wick reinvigorated the genre by letting stunt performers let loose on camera to create some of the most visceral and entertaining action set pieces ever seen. But, what sets Violent Night apart from those films is how it utilises Christmas decorations as weapons. There are some squeamish kills with trees, stars, lights and skis, but Wirkola has crafted them in a way that is played seriously on screen, but is hilarious due to the nature of the violence. Having a cast that is also dedicated to the action so strongly makes it such an entertaining and immersive experience. 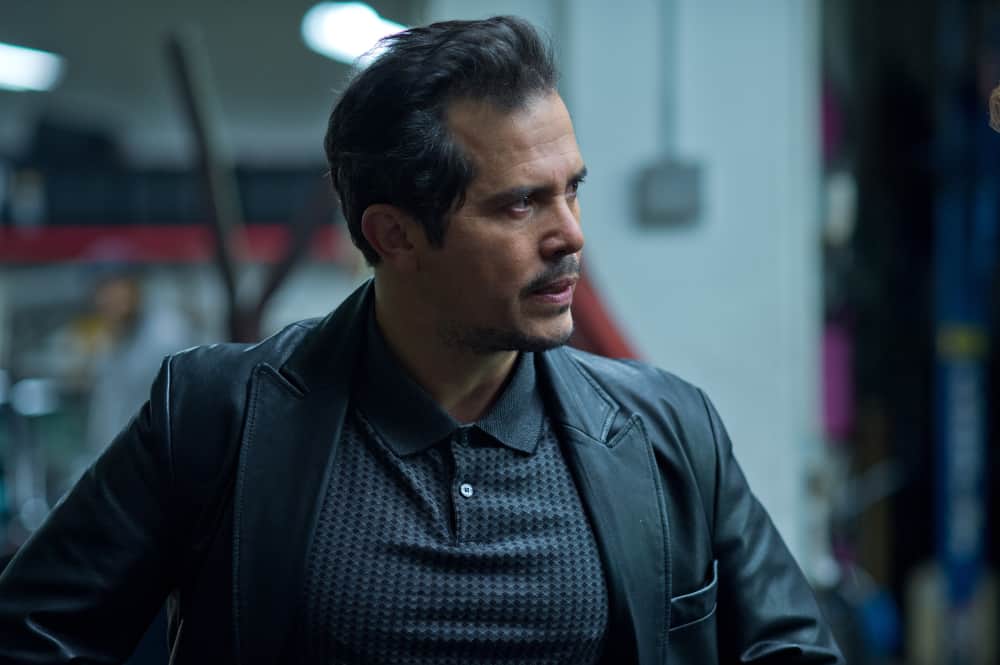 This film is also jam packed with humour. Outside of the ridiculousness of Santa murdering bad guys in a variety of jolly ways, the cast have some brilliant scenes of biting dialogue that will have audiences in stitches. Leguizamo as Scrooge is relishing in the bad-guy role, spouting out anti-Christmas one-liners and insults to the often eye-roll inducing Lightstones in such satisfying fashion. David Harbour not only embraces the physicality of Santa, but he also channels a good chunk of Billy Bob Thorton’s ‘Bad Santa’. While Harbour’s take on the Big Red drunk isn’t quite as repulsive as Thorton’s, it’s still shockingly fun to see a disgruntled Santa reluctantly drinking and fighting his way through situations with some great closing lines to cap off an action scene.

However, it’s Harbour’s Santa and the young Trudy Lightstone’s bond that’s formed in the movie that gives Violent Night an almost unexpected sense of Christmas heart and warmth. It’s unexpected in the way that this film is already balancing a lot with the comedy and action, but when the scenes of Christmas spirit shine though, they’re surprisingly touching, and that is a testament to the believability and commitment from Harbour and Leah Brady in those moments. 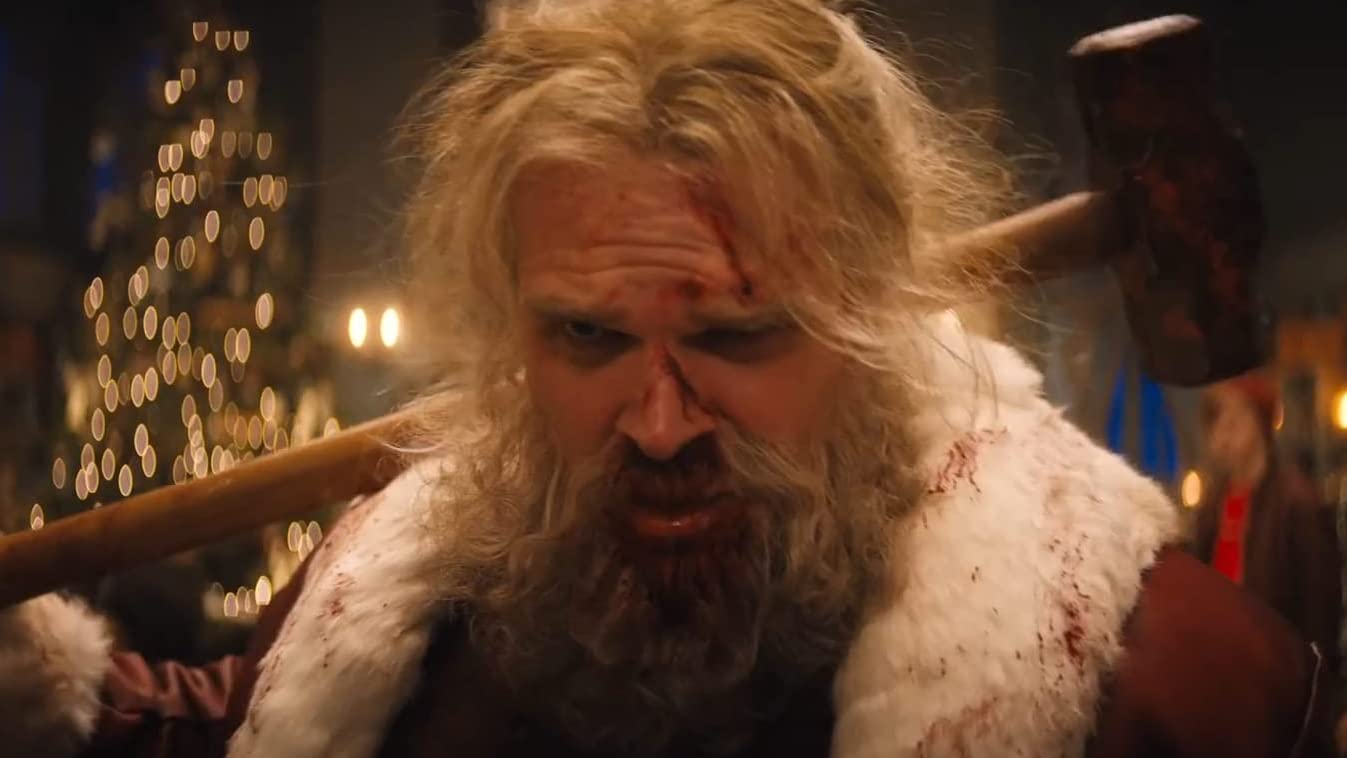 Violent Night may not be everyone’s cup of egg-nog (I guess people may not want to see one the most jovial figures in history murdering people), but if you’re in the mood to have your Christmas movie list invigorated by a hilarious and action-packed film made specifically for the big kids, then this should be one to check out this Christmas season.

Normally at Christmastime, we leave the action and villain killing up to a guy who writes: ‘Ho, ho, ho’ in blood on a bad guy's shirt. But since Nakatomi Plaza is safe for another year, this Christmas, Santa is taking things into his own...Review - Violent Night