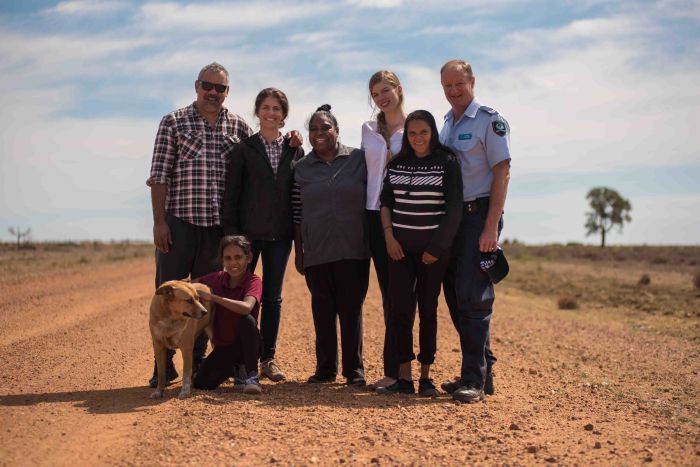 There’s something unique about a film that can create a character from the landscape without it looking like a major advertising campaign for that country. Sydney Film Festival entry Emu Runner manages to capture the beauty of Australia as well as showcase the Aboriginal lifestyle and the questionable interference of white Australians.

A mother has taken her two daughters to find some food for the evening. As they sit and talk, she explains to her youngest Gem, the relationship the land and its wildlife have with them and their ancestors. Interested, Gem asks her mother a question which she is only too excited to answer.

On their walk home the mother collapses. In order to get help, Gem who happens to be an amazing runner, runs to her father for help. Sadly, despite her speed, wife and mother of three didn’t survive.

With no idea how to raise two young girls Gem’s father struggles to connect and keep his children in line. Gem didn’t handle her mother’s death well and builds a bond with a wild Emu based on her mother’s stories. Stealing food from neighbours and other town folks, Gem feeds and starts to communicate with the Emu believing she is somehow connected as her mother once was.

With the lack of control Gem’s Dad has over his troubled children, Gem is taken away to be entered into foster care. In the journey away from the small community Gem and her Child Protection Services Officer’s car breaks down. But when the Officer hurts herself it’s Gem that makes her a fire then runs for help. It’s this act that makes the Officer realise how life is different in this community and Gem is in safe hands with her father.

Under the sad circumstances of the story are a wonderful show of friendship, family values and a connection to the land that isn’t seen in mainstream film or television. Emu Runner manages to tap into this wonderful balance between showing this struggling family in a small community and their strong values and beliefs.

The landscape itself is almost another character showcasing the beauty of an Australian landscape. But the cinematography that captures the flora and fauna is what gives it the depth and character.

There is some real passion from the performances that resonate on the screen. The strong relationships between the characters and the land give substance to the story. There is also a unique understanding from the actors with the characters they are playing and their own personal link to the community and land.

Overall Emu Runner is a wonderful Australian film that showcases not only the beauty of the Australian outback but these wonderful humans living in rural communities.