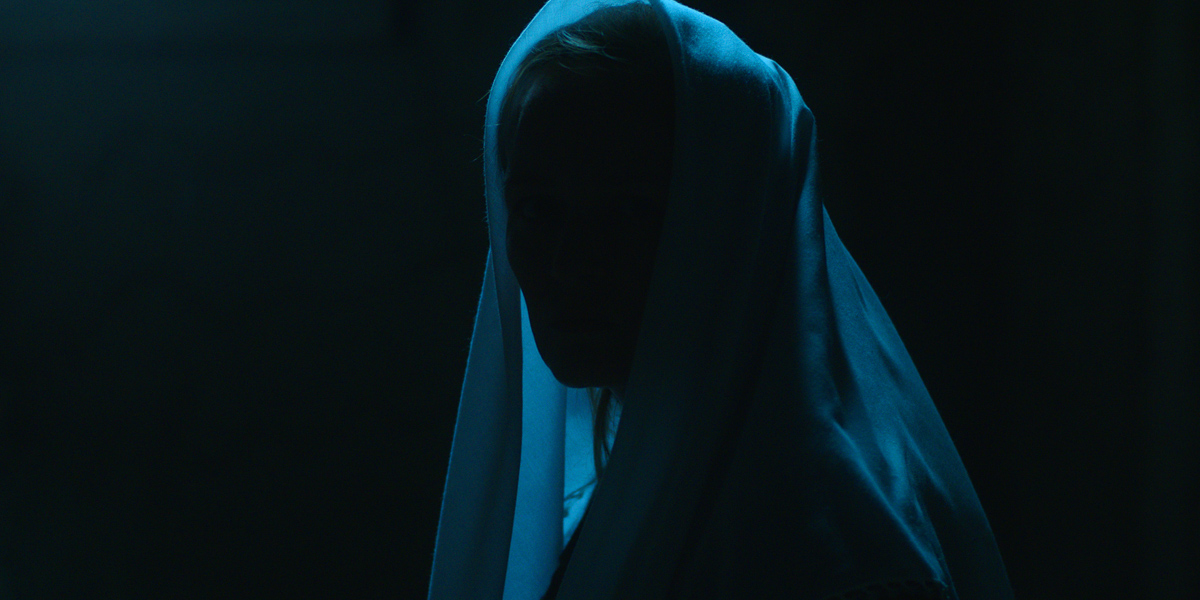 From Albanian filmmaker Antoneta Kastrati comes Zana. Set in farmland Kosovar, Zana follows Lume, a woman who is hounded by her family to seek out interesting (and spiritual) methods in order to heal her infertility. However, these mystical methods prove to become overwhelming for Lume as she begins to unveil an event from her past that she has buried deep in her psyche.

Unlike many films that are set in locations like Eastern Europe that showcase impoverished farming communities, Zana instead chooses to focus heavily on Lume and her emotional journey, with location Kosovar acting as a backdrop. Which is turn is a strong decision made by co-writer/director Kastrati, as it allows the audience to not just be fully immersed into Lume’s story, but every single emotional moment she feels throughout.

The mood immediately set in Zana is bleak and often harrowing. The effects of a post-war ridden Eastern Europe and the mundane, monotonous life of being part of a farming family set up the atmosphere for the story that follows. This is where the drama begins as there is an early sense of pressure that comes over Lume from her family, both regarding her daily duties, but also her issue with being unable to conceive.

Lume also suffers many hallucinations, a recurring sight being of a young girl seemingly burnt all over her body. The hallucinations come both during the day and her dreams, often leaving Lume unable to talk or move. These become exacerbated as she delves deeper into the spiritual healing rituals. This film detours slightly here, almost becoming a horror-esque story.

Visuals of occult-like groups praying over Lume while she is draped in red-sheets, a medium attempting to free Lume of her trauma and grotesque imagery of “witches” touching gored bodies add an incredibly unsettling vibe. Even within all the madness and creepiness, the focus still remains on the psychological effects this all takes on our main character.

Zana’s major flaw comes with how it handles these two seemingly different genres. While both are actually handled quiet well individually, they don’t always mesh as well they could have and part of that comes down to the fact that movie doesn’t dedicate to being one genre with elements of the other. It’s dramatic, but doesn’t always feel like a drama movie, and the same goes for the “horror” elements. In fact, calling it a horror doesn’t really suit as it’s not entirely scary, but more disturbing, akin to something like 2019’s Midsommar (another movie that deals with grief in an unsettling way).

Nevertheless, Zana was still intriguing enough to warrant watching through to the end to see how the story unfolds, and with the final few minutes wrapping up Lume’s story in a way that definitely matches the tone of the film, it’s definitely worth a recommendation. Just be prepared for a bleak and unsettling jourey.