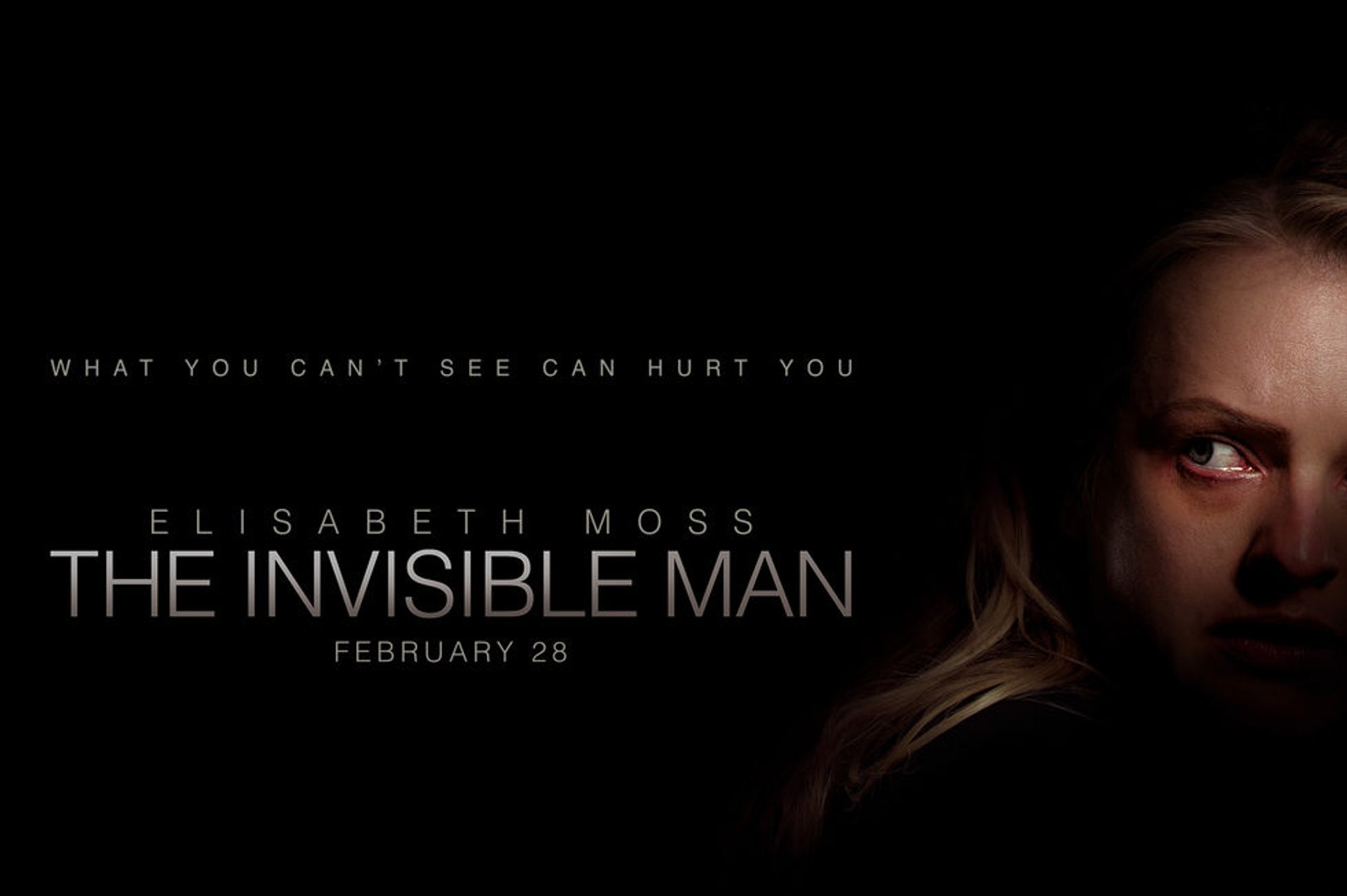 Fresh off the back of its most recent less than glorious release (we’re looking at you, Fantasy Island), the Blumhouse folk hit back with the next feature in their long list of upcoming psychological thriller and horror productions. This time it is Australian director Leigh Whannell’s chilling adaptation of H.G. Wells’ The Invisible Man – made anew with a thoughtful refresh for the 21st century. And, boy, does it pack a punch. Whannell has delivered a film that wakes you up immediately and makes you jump to the edge of your seat.

Elisabeth Moss (The Handmaid’s Tale, Mad Men) stars as Cecilia Kass, an architect wife of a world-renowned expert in optics, she is first seen making a desperate escape from her matrimonial home; a state of the art, modern-day residence looking out over a vast expanse of ocean. We later learn Cecilia has escaped from a mentally and physically abusive marriage where her sociopath husband, Adrian Griffin (a barely-there Oliver Jackson-Cohen) controlled every aspect of her life.

With the help of her sister Alice (Harriet Dyer), Cecilia hides out from her husband at the home of friend James (Aldis Hodge) and his daughter Sydney (Storm Reid). Completely terrified that her powerful husband will find her, she remains holed up in the house for days, refusing to step out or communicate with the outside world. That is until she is informed that her husband has committed suicide and has left her $10 million dollars. There is no need to hide anymore, Cecilia.

However, as she emerges back into the outside world, strange events begin to happen and Cecilia suspects Adrian has faked his own death in order to continue to torment her. She is certain he has invented a way to make himself invisible and desperately tries to convince those around her that Adrian is there but cannot be seen. As her desperation crescendos, her sanity plummets as she fights a battle of the minds to prove her theory.

There are heart-stopping moments from the get-go. Elizabeth Moss looks positively exhausted and emotionally drained as a wife desperate to escape her plight and plays Cecilia flawlessly, conveying all the fear, anxiety and tension to make you feel the same. Moss seems to play the ‘victim’ or ‘hard-done-by’ roles very well and this latest of hers is no different. She brilliantly conveys the sense that she can sense a presence around her. But it’s not just Moss’ performance that heightens the audience’s senses.

Classic camerawork and editing typical of this horror genre, really work to achieve the desired elevated levels of anxiety and thrills in equal measure. From the panning across the room and back to give the sense that something unseen is there or that something in the frame has changed, to the camera angles giving the impression that someone is watching, it’s a use of a tried and tested formula that still works and doesn’t tire.

Benjamin Wallfisch (Shazam, Blade Runner 2049 (with Hans Zimmer)) has created a rich and engrossing score which often is as chilling and thrilling as the plot itself. It is skillfully interwoven through the film and perfectly accompanies Whannell’s direction and use of sound to give the desired effect.

Whannell has written the screenplay as well as directed the film and his clever reinterpretation is to be commended. There are some plot holes that linger in one’s mind (like “how is the dog still there?” and “how does the letter get to her?” amongst others) which brings the film down a notch as well as some minor editing issues but nothing of consequence. There is a lack of depth to some of the key characters, but then, this is the horror film and the audience wants to be scared and thrilled so there’s little need for a deep dive into characterisation.

The story is brought to the modern age with clever thought to modern-day technology and themes such as the impact of abusive and manipulative relationships and society’s treatment of people living with mental illness. Cecilia’s character personifies an intelligent woman determined to regain control and dignity of her life but in equal measure is all too aware of the sociopathic tendencies of her partner. As is often the case, escaping the grips of such a tormenting and manipulative monster is never easy and Cecilia is hounded and victimised even after her escape, and often in some horrific ways that leave you shocked.

Elevated by a strong performance by Moss, The Invisible Man is an adrenaline rushed thriller that sticks to a proven formula and still manages to excite and shock. Bringing H.G. Wells’ book to a new audience was never asked for but doing so has proven a delicious stroke of genius for horror fans of all ages.

The Invisible Man starts in cinemas from Thursday

Call Of The Wild Review