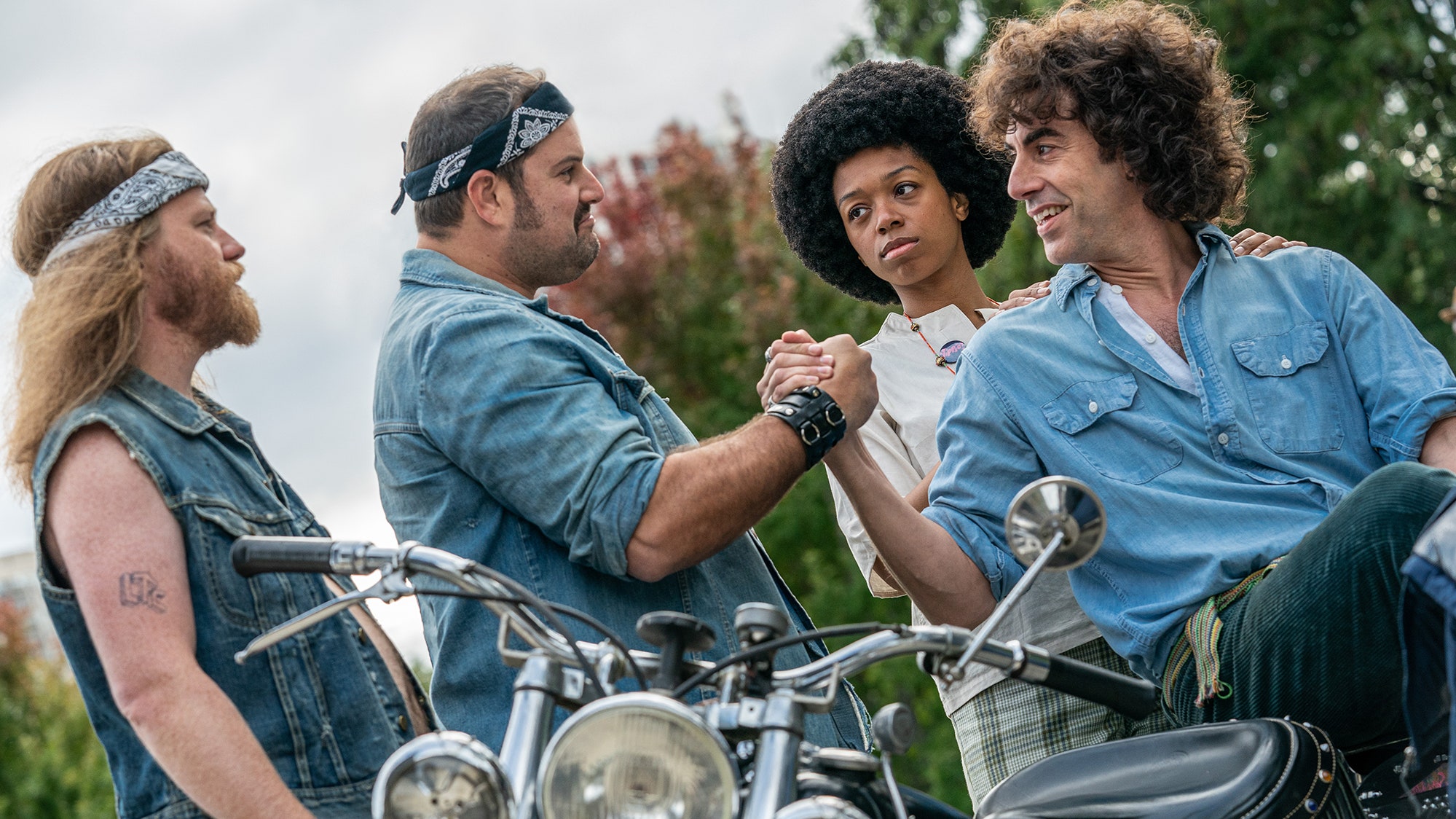 Screenwriter Aaron Sorkin (The Social Network, TVs The West Wing) has solidified himself as the quintessential “fast-talking, making-politics-accessible in movies and TV guy” – a title created solely for this review. Sorkin has an immense talent in taking dense and convoluted true stories and turning them into thoroughly enjoyable yet equally informative pieces of entertainment. After a reasonably successful directorial debut with 2017s Molly’s Game, he returns to the directors chair once again for The Trial of the Chicago 7, a courtroom drama set in the last 1960s which follows 7 men from different anti-government groups who are being accused by the US Federal Government for inciting riots between citizens and police during the height of the Vietnam War.

Alongside the powerhouse script from Sorkin is an equally powerhouse ensemble cast. The “Chicago 7” are compiled of Eddie Redmayne, Sacha Baron Cohen, Jeremy Strong, Alex Sharp, John Carroll Lynch, Noah Robbins and Danny Flaherty. Accused alongside the 7 was Black Panther’s leader Bobby Seale who is incredibly portrayed in a powerful performance from Yahya Abdul-Mateen II. Mark Rylance plays the defendant’s lawyer William Kunstler, Joseph Gordon-Levitt as the Government’s representation in the court room and rounding out this insane list is Frank Langella as controversial judge Julius Hoffman. As far as ensemble casts go, this is easily one of the best in recent years.

And this cast is one of the predominate reasons this movie is as good as it is. Even with so many great actors, Sorkin’s script allows breathing room for each character’s motivations to be clearly states early on and allows for strong emotional investment into the film’s protagonists, the Chicago 7. Each actor has their moment to shine, and when given that chance, it’s a rare sight that the honour to read Sorkin’s words on screen goes to waste. Immense praise goes to Abdul-Mateen II and his strong portrayal of Bobby Seale and Mark Rylance as the incredibly compassionate lawyer working tirelessly to make sure these men who are protesting a violent war go free without conviction. However, the two show-stealers are Sacha Baron Cohen and Jeremy Strong as the stereotypical 1960s, pot smoking, peace loving hippies. While both these characters create lots of great comedic relief, their endearing nature allows the audience to really get on board with their point of view about the Vietnam War and their idea of why they need to protest it.

Sorkin has crafted a very tight screenplay considering it is dealing with a plethora of characters that all play integral roles, not matter how big or small the role. At times, the information is thrown at the screen in a fast-talking, rapid fire action and if not switched on, it is possible to get a little lost as to what is going on in the current moment in time. The story takes place over 7 months of the trial, while utilising flashbacks to further enhance the backstory. By having lots of ground to cover and only taking just over 2 hours to do it, the film does move along at a good pace. Even when the story slows down and stays in the courtroom for extended periods of time, it never feels slow to the point of detriment for entertainments sake.

There are certain aspects however that do feel like Sorkin is still figuring out his directorial style – which makes sense as this is only his second time in the directors’ chair. There isn’t a distinct visual style to draw the eye in, some of the shots can feel a little bland and there are 2 moments in the film that do play with the heartstrings in a somewhat melodramatic fashion with slightly deters from the grounded nature of the rest of the film. However, these aspects don’t detract from the overall experience and already shows improvement from Sorkin’s first directorial effort.

In a time where civil and racial unrest is occurring in the United States and all over the world, seeing a story set over 50 years ago where there are too many uncanny similarities (most of which cause physical and audible reactions as an audience member watching this movie) can seem like an unideal escape from reality right now, but Sorkin’s film focuses on the message of hope and making it realised that there are always people out there who will sacrifice it all for the greater good, and The Trial of the Chicago 7 is that story that we need right now.

On The Rocks Review