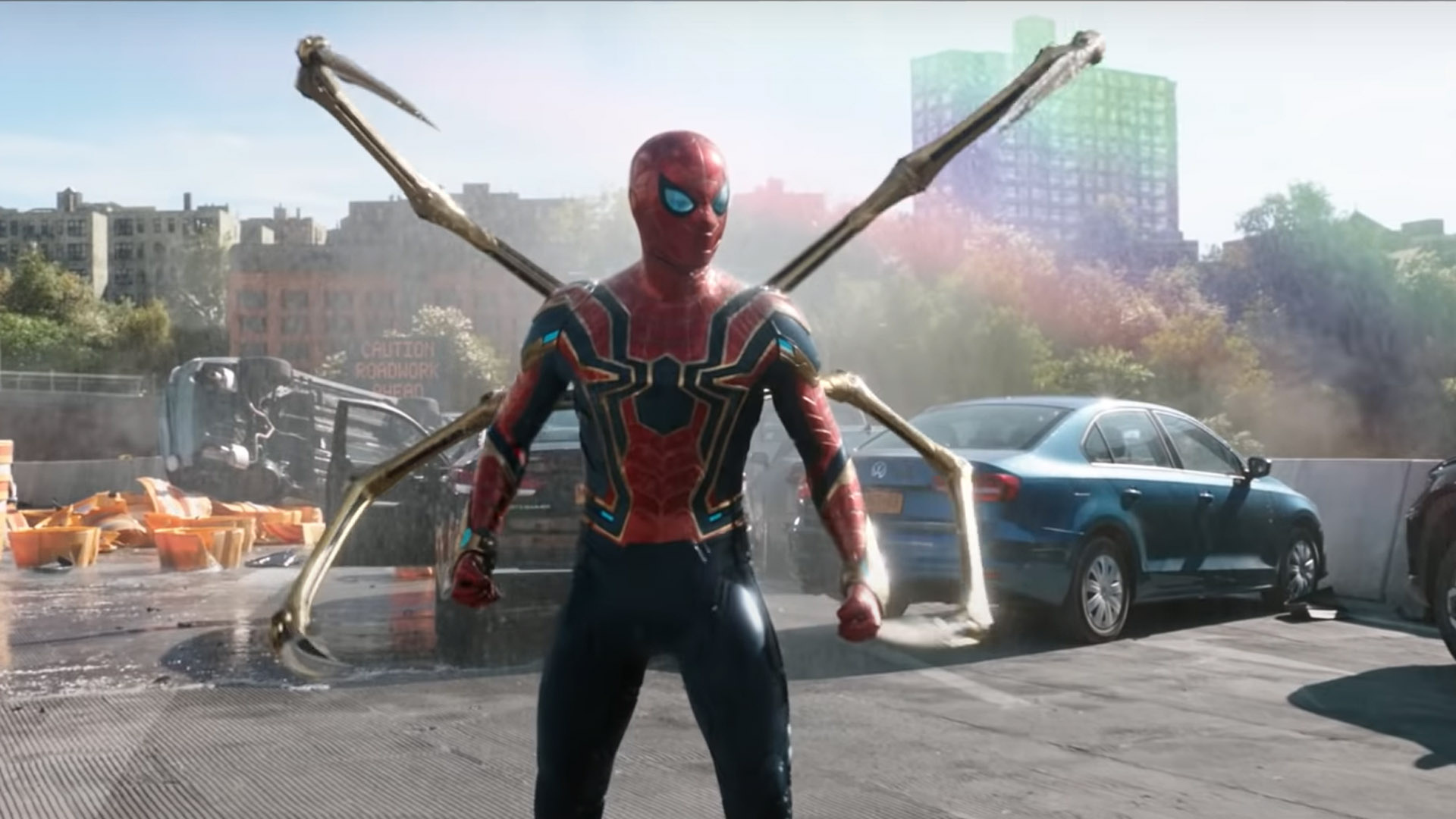 I’m not sure whether there’s been more excitement for the trailer to Spider-Man: No Way Home or for the movie itself! After weeks of rumours, speculation and eager anticipation – Sony Pictures in association with Marvel Studios dropped the official trailer to the new web-slinger’s film!

For the first time in the cinematic history of Spider-Man, our friendly neighbourhood hero’s identity is revealed, bringing his Super Hero responsibilities into conflict with his normal life and putting those he cares about most at risk. When he enlists Doctor Strange’s help to restore his secret, the spell tears a hole in their world, releasing the most powerful villains who’ve ever fought a Spider-Man in any universe. Now, Peter will have to overcome his greatest challenge yet, which will not only forever alter his own future but the future of the Multiverse.

Featuring brand-new looks at what looks like the potential formation of the Sinister Six, including the return of Doc Ock (Alfred Molina from Spider-Man 2), the Green Goblin (Willem Dafoe from Spider-Man), Electro (Jamie Foxx from The Amazing Spider-Man 2), and also Sandman and Lizard – this trailer was start-to-finish filled with exciting action set-pieces and some truly devastating moments that may occur to our beloved characters.

Take a look at the trailer here (and finally see whether the rumours of Andrew Garfield and Tobey McGuire being back are true!):

Unfortunately, no Garfield or McGuire to be seen in this trailer, but there’s still a whole 150 minutes of movie yet to be seen when it releases, and perhaps they’ll be squeezed in somewhere there! Some personal highlights for me was seeing Peter in the dark-Spidey suit wielding technology that harnesses the power held by Doctor Strange, and Doc Ock’s suit being able to take the technology from Spider-Man’s Iron Suit (resulting in Doc Ock’s robotic tentacles turning into the beloved gold and red colours of the Iron Man suit)!

Let us know what your favourite moment of the trailer was in the comments below!

The multiverse is here – and we’re getting visitors from every universe! Spider-Man: No Way Home releases in Australian cinemas December 17.