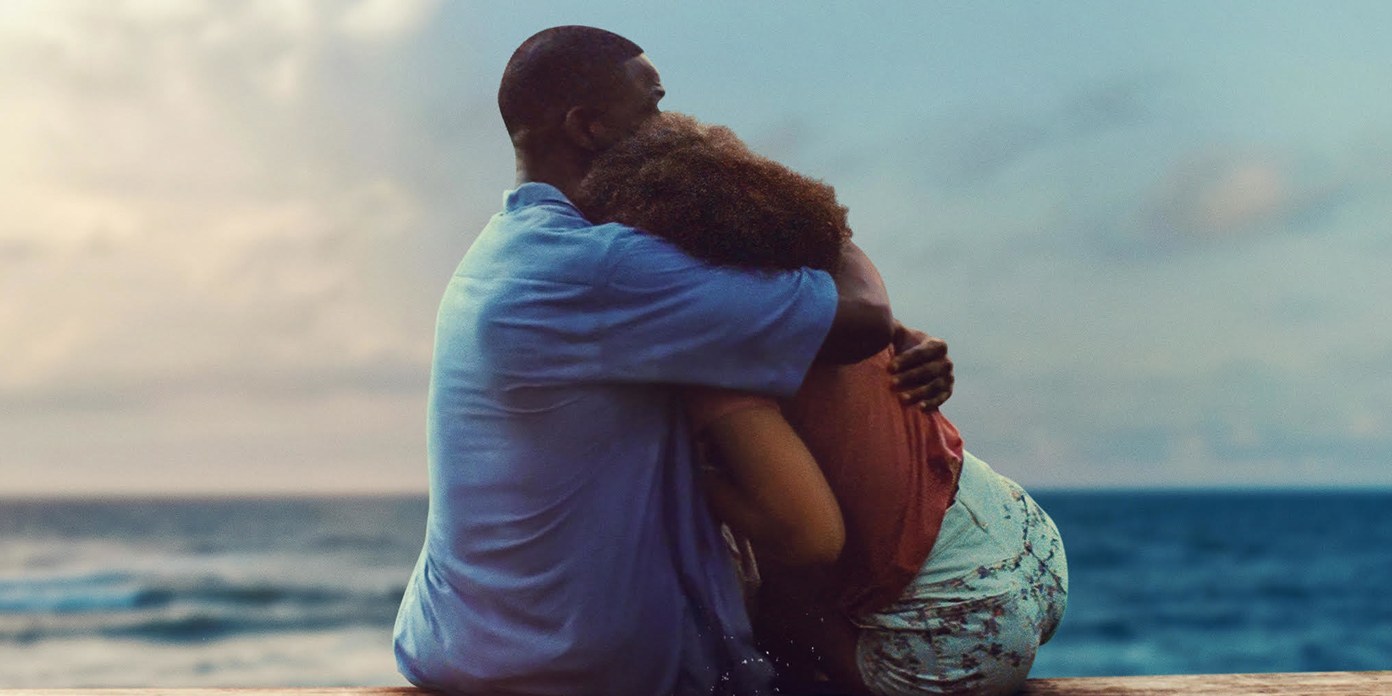 Fresh off the heels of his first two acclaimed films, Krisha and It Comes at Night, writer/director Trey Edward Shults has delivered his next gift. Waves is the story of a ‘modern family’ (define that as you will) and their struggle with tragedy and healing. Specifically, this Floridian African American family faces some trials with eldest child Tyler Williams (played by a brilliant Kelvin Harrison Jr.), an eighteen-year-old high school senior who seems to have all the makings of a wonderful middle-class life with a loving family, committed girlfriend and good grades, coupled with promising achievements with his chosen sport, wrestling.

However, there are some hints that all is not rosy, alluding that Tyler is often in pain and his father, Ronald (Sterling K. Brown) who pressures him to be his best at all times in terms of his sport, school work, and behaviour. According to Ronald’s biting philosophy, the colour of their skin demands they must hold themselves to a higher standard in all walks of life.

Ultimately, Tyler is a child who makes his own choices and, like most senior high school students approaching the end of their high school education, Tyler wants to have a good time. And so the partying, drinking, and smoking begins. As though it isn’t enough that we view Tyler’s journey into the party scene, cinematographer Drew Daniels takes us along Tyler’s psychedelic ride, using alternative lenses and filters, and simple but dizzying rotations to mimic the narrative. We emerge from Tyler’s stupor discovering more about Tyler’s struggles and watch him begin his descent to brokenness.

Daniel’s camerawork mimics the narrative and plays with the aspect ratio to suggest constraint and struggle. It’s a jarring experience and not one everyone will take to it. Indeed, it may come across as desperate or an unnecessary and blatant use of imagery. But then, perhaps this is Daniels and Shults intention. It is not just the cinematography that enhances the senses. Composers Trent Reznor and Atticus Ross were responsible for the score (collaborating yet again after such feats as The Social Network, Gone Girl and Girl with a Dragon Tattoo) and it also provides support to the narrative with thumping beats and an electronic melody so intense that it often commands all your attention.

When the film reaches its climax, you would be forgiven if you assumed Waves would then draw to a conclusion as most films likely would. Shults had other intentions and wants the audience to experience the after-effects of such a climax – the healing if you will. In this second act, we get to know Tyler’s sister Emily (Taylor Russell) and her life as both the younger sibling and the youngest child. Through her eyes, we experience the rollercoaster of emotions gripping the family and swinging them high and low in the aftermath of a tragedy. This second half is beautifully paced and has its own identity, making it seem completely separate to the first half. Russell gives an endearing performance and is a joy to watch. So much so that in questioning the relevance or need for this second act, one can’t help but want to see the outcome of her own journey.

An interesting fact about this film is that Shults himself admits it to be semi-autobiographical in nature. There are parallels to the characters and stories which Schults uses and Harrison Jr. develops and massages to reflect those real-life events into the lives of a fictional African American family. This adaptation assists in diminishing any cynicism one might have in assessing a ‘black’ film written in the majority by a ‘white’ filmmaker. Harrison Jr’s involvement – albeit uncredited, lends a certain credibility to the film which many should find comforting.

Waves is a piercing observation of a family and its journey that is not often portrayed in film. And although there may be comparisons made to films such as Moonlight, Luce, and Dope, there is still a uniqueness in Shults work that ensures Waves stands on its own as a film to be counted amongst those that make one think about middle-class black America and the world around them.

Waves opens in cinemas in Australia on 9 July.