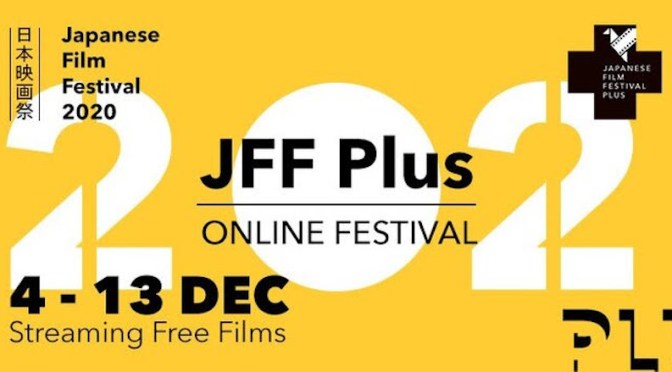 The Japanese Film Festival is always a highlight of the year, this year though with Covid restrictions and the country just opening up again, a free digital event is being planned for December to bring the latest and greatest in Japanese cinema called JFF Plus : Online Festival.

The 2020 festival will be streamed live and is presented live by the Japan Foundation Sydney and will include over 25 films with features, documentaries, stop-motion and animated shorts. Japanese Film Festival director Yurika Sugie said “We’re thrilled to bring the very best in Japanese cinema to audiences across the trans-Tasman in 2020! This year’s program showcases a diverse selection of films traversing award-winning contemporary works and familiar favourites from Japan’s most celebrated auteurs.”

The highlights of the festival will be the Tokyo International Film Festival Audience Award winner Tremble All You Want, a quirky rom-com that centers around a young woman who must choose between her imperfect boyfriend or her childhood crush. In addition the Shanghai International Film Festival winner Key Of Life personality swap film between a struggling actor and an amnesic hit man will be sure to delight audiences.

It’s not all new though, there are some classic films that will come to the festival Railways from 2011, A Story of Yonosuke (2013), Lady Maiko (2014) and Moon of a Sleepless Night (2016) will be winners with audiences looking to catch films they missed from previous festivals.

For more information get all the info from the official website here and stay tuned to Novastream and our sister site Movies & Streaming Australia for all the latest on the Japanese Film Festival.