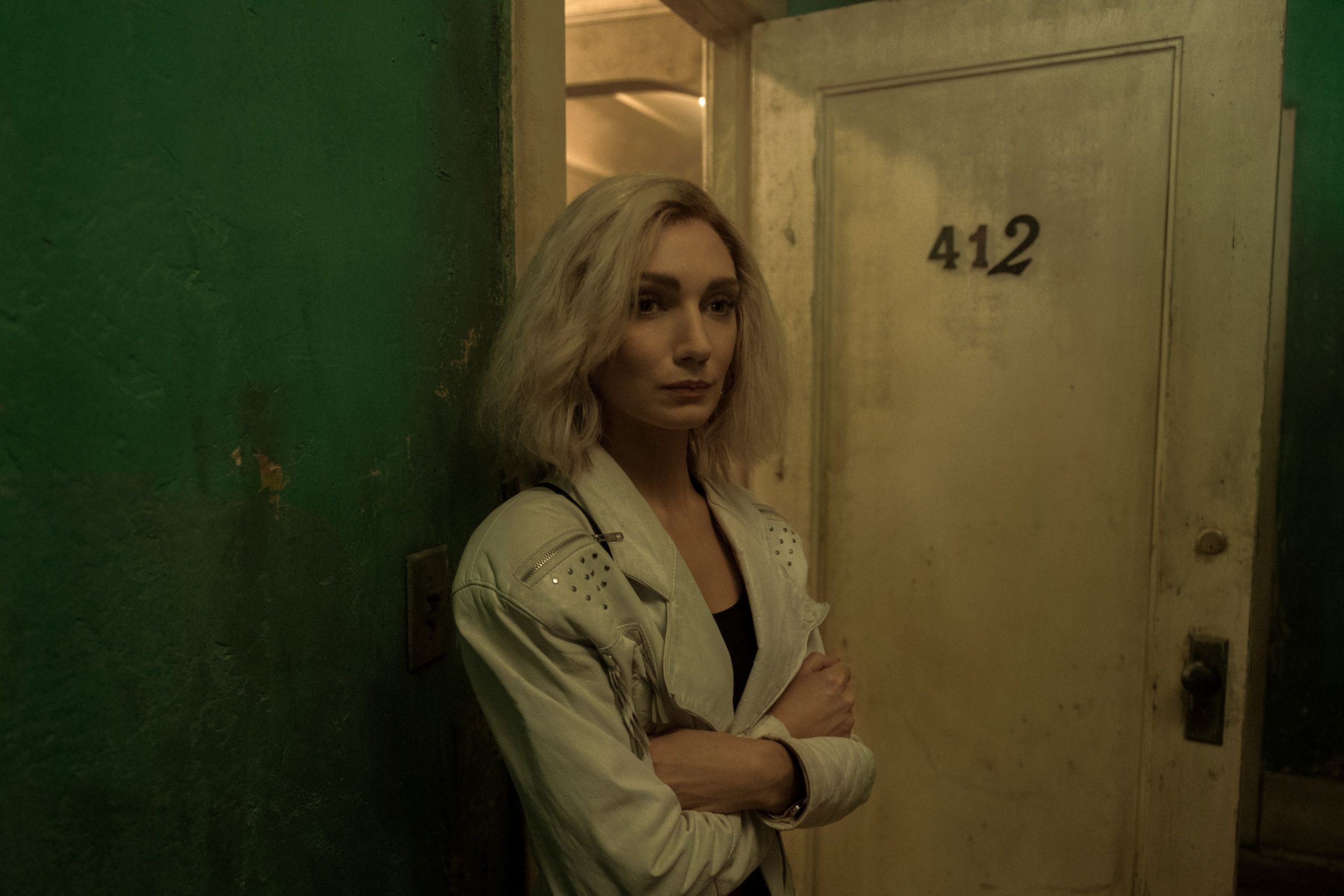 Fittingly dropping on Friday the 13th, Netflix’s latest limited series, Brand New Cherry Flavor, is a horror-mystery tale based on the novel of the same name by Todd Grimson. Taking place in Los Angeles in the early 90s, the story follows upcoming filmmaker Lisa Nova (Rosa Salazar), who wants to turn her critically acclaimed short film into a feature film, but only if she can also direct it. After pitching the idea to renowned producer Lou Burke (Eric Lange), he takes Lisa’s film idea as his own and leaves Lisa behind. Wanting revenge on Lou for his betrayal, Lisa employs the help of Boro (Catherine Keener), a mysterious and somewhat supernatural woman, to take her revenge, embarking on a mind-altering journey that gets nightmarishly out-of-control.

To celebrate the release of the show, I was so incredibly fortunate to sit down with one of Brand New Cherry Flavor’s stars in Hannah Levien, who plays Lisa Nova’s best friend, Christine. Hannah shed some amazing insight into the themes and tone of the show, how COVID disrupted filming, and how she as an actress prepared for the role of Christine! You can find our full 30-minute audio interview on the Novastream podcast, Morning Brew!

Let’s discuss the first episode of the show – because it really shifts tones by the second episode. The first episode features a bit of ‘inside baseball’ when it comes to a filmmaker or actor starting out in Hollywood. The lunch meetings, trying to secure your role with producers – how much of what we see in that first episode can you relate to in your experiences when you started acting in LA?

Well, even with Brand New Cherry Flavor being set in the 90s, I still think a lot of the stereotypes are pretty spot on. The lunch meetings, the sushi restaurants, the ridiculous houses and the ‘starstruck’ sucking up to people at parties, it’s a lot of fun watching that. But, I definitely related to some of the characters, who reminded me of people I had met in LA. It’s quite nostalgic in a way!

And honestly, that’s a minor aspect of the show, because once we get into the nitty-gritty of the show, there’s some really intense and trippy moments. Can you describe to me what you feel Brand New Cherry Flavor is about?

I think there is a big story about confronting things we are afraid of. Lisa, the protagonist, from the very beginning is being haunted by something, has dreams of her mother that she never met. She gives birth to things in the show that are taken away from her! There’s a lot about possession and ownership of ourselves, and other big themes like that!

In the show, you play Christine. Who is Christine in relation to Lisa and what’s her role in this show?

Christine is a character from the novel, who is established as Lisa’s best friend in the book. However, the showrunners, Lenore Zion and Nick Antosca, use Christine more as a catalyst for the show. When Lisa arrives in LA, she moves in with Code (Manny Jancinto) and then we meet Christine who is his new girlfriend. So, Lisa and my character start off on the wrong foot with each other, before becoming friends over the show. I actually saw a meme today which said: “Do you need a real estate agent? Do you need held hiding a dead body? Do you need help lifting a curse? Christine is your girl!” She’s a multitasker! She was a lot of fun to play!

The show definitely sets an unsettling vibe throughout, both visually and tonally. However, there are some funny moments that do create levity. Christine experiences both of these elements in the show with some lighthearted humour early on, then a pretty intense, pivotal moment from the story in a later episode. Acting wise – what were you excited to bring to these moments for Christine?

It’s something that I found to be a real gift to play someone like Christine in a show of this style. She has got some comedic lines early on, and then as you said, she goes through a real turning point later on. It was a challenge to make those changes to this character, but also stay true to how I had built her up throughout the show, even though what happens to her is truly horrifying.

Something that was crazy though about filming that sequence towards the end of the show was that there was something that had caused all the scheduling to change, and all of a sudden, I got a call the night before that we were filming this insane scene with everything that is happening to Christine tomorrow! And I was saying: “We can’t do that, I haven’t got all the prep done for that scene, I’ll be so out of my element.” And that adrenaline I think really helped in that scene to be vulnerable the way Christine needed to be in that moment. Christine has a real front about her, and she needed to be disarmed in that moment, so I think that really lent to that moment.

We also had so many conversations about where the line was regarding the tone of the show. We always had to try and figure out what we wanted to show the audience, tone wise, in each scene. Are we telling the truth in this moment, or are we leaning into more of the absurd parts of this world?

I feel like that is something the show does well though! Rather than tell the audience how to feel, it just perfectly balances those tones where you can be laughing one moment, then creeped out the next. I can’t imagine that was an easy thing to convey acting wise!

The tone was such a challenge, but still a gift of a challenge! A month in to filming, we were all just struggling as to whether we were on the right page with the show. But then Lenore said to me: “You know Netflix love you, right”? And I said: “No”? Then she went on to say that they really loved my character and it put me at ease! But it was definitely something we were all feeling on set, whether we were getting it right or not!

Not even just tonally, there are also many visually crazy elements to the show! As someone who has a Masters degree in screenwriting and directing, were you able to visualize the world that was being created, and was what we see on screen pretty close to what you imagined?

I don’t want to give too much away, but… the vomiting kittens? I can’t believe how realistic they did that in the show. What poor Rosa as Lisa had to do for that role! I’m glad I didn’t have that role! But in my mind, the screenplays were fantastic. It was one of the best scripts I had read in a long time and I worshipped Lenore and Nick. But, the visuals in some of the scenes like when Lou is driving Lisa down Mulholland Drive and we see the visions of Lisa and her mother. Or the vines in the apartment, they all felt very visceral in the script.

And finally, what’s next for you, Hannah? Is there anything coming acting wise, or are you pursuing any more script writing?

I’ve got a few scripts that I’m going through at the moment, and we’re in such a great time of content because so many people created some amazing stories during the pandemic. I did write a short film that premiered in 2019, and it played a few film festivals like Tribeca! But, we’ve got some interest in developing that into a feature, so I’m working on that too, it’s been really cool!

A huge thank you to Hannah for chatting with me, and you can find her on Instagram @hannahleviennofficial or Twitter @HannahLevien. Make sure you check out Brand New Cherry Flavor, the 8-episode limited series is now streaming on Netflix worldwide.