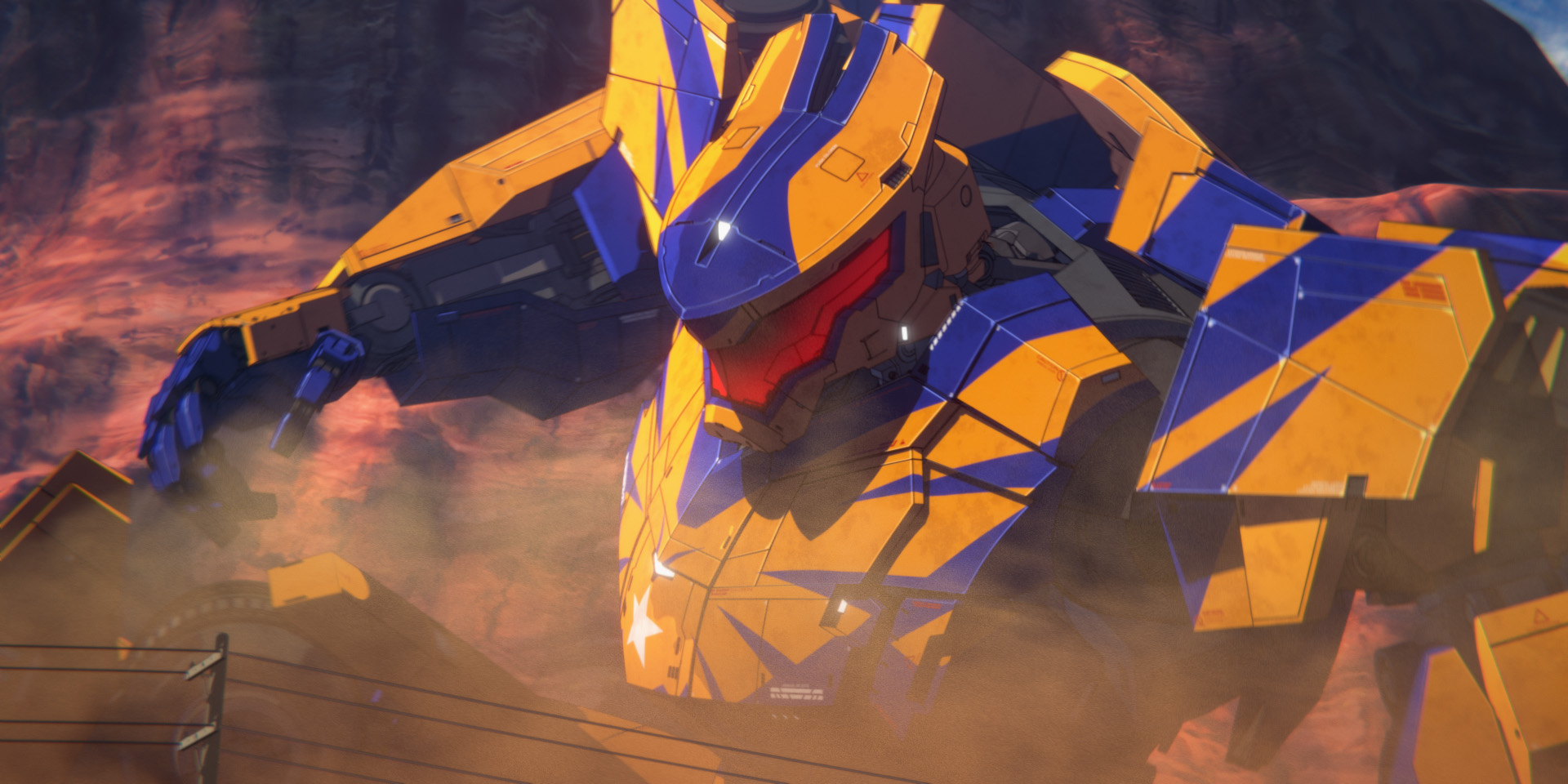 If you had told me that Pacific Rim was receiving an anime style series I would have only half believed you. If you had then told me it would be on Netflix with the whole season dropping at once and that I would fall completely in love with it, then I would have definitely called you a liar. The truth is that I relunctantly dived into this show after being extremely disappointed with Pacific Rim Uprising and was ready to be done with the franchise unless veteran Guillermero Del Toro came back to the helm. The fact that this series is set in Australia peaked my interest and after watching all 7 episodes in one sitting, I can safely say that Pacific Rim The Black is the continuation of the series that serves its interest most.

The show takes place 5 years after the event of Uprising and sets our heroes in Australia, although we are featured in the two films, it is an interesting place to set the TV series here. The show follows two young heroes Hayley (Gideon Aldon) and Taylor (Calum Worthy) both of them having lost their parents in a Kaiju attack. After the Pan Pacific Defence Corps are defeated and evacuate the area, the two kids are left struggling to find a Jaeger with weapons after discovering that they are drift compatible. When the safety of their home is compromised by a Kaiju attack, squarely set on destroying their base, they need to venture out into the world to try and find somewhere safe. The two kids stumble upon a child who doesn’t speak named Boy who appears to have some sort of connection with the Kaiju. As the three travel across the land trying to find other survivors, they encounter a group of militia type survivors in a place called Bogan, hilariously filled with stereotypical Aussie characters that fit the profile of living in a place with this title.

Visually the series is absolutely spectacular. The series is animated by Polygon Pictures who are based in Tokyo. The art style blends 2D and 3D animation together with the Kaiju and Jaegers rendered in beautiful 3D models that blend well with the 2D characters. This is also effective in showing the scale of the creatures compared to humans to give that sense of danger and just how impossible the task of travelling across the world is for three teenagers. The landscape scenery is beautifully detailed and the neon colours pop out from the screen during battle sequences.

The first couple of episodes does require a lot of effort to be put into the story side of things. There is a lot of explaining of the backstory and how all of these survivors got to this point in the story. The heartbreak of losing their parents and not really having a definite answer on where they are and what happened to them clearly haunts them in their struggle to make decisions. However I did find that by episode 4 I was fully invested in these characters and this world and really concerned about their wellbeing and the outcome of their seemingly impossible journey. Being able to put this much thought and layers to characters is something that Netflix shows are extremely good at , and it is on show here. There is a big departure from the Uprising film, so the lack of connection to any part of that story may be jarring to die hard fans, however if you can seperate the film and this TV series, you will enjoy the love and care given to this world and its characters.

Pacific Rim : The Black may surprise with its M rating so this is definitely not one for little kids as there is quite a bit of death, destruction and truly cringeworthy Australian accents that are not suitable for young children. If you enjoyed the film series this is definitely worth diving into as a stand out anime series and expansion of the Pacific RIm universe.

Pacific Rim : The Black is now streaming exclusively on Netflix.