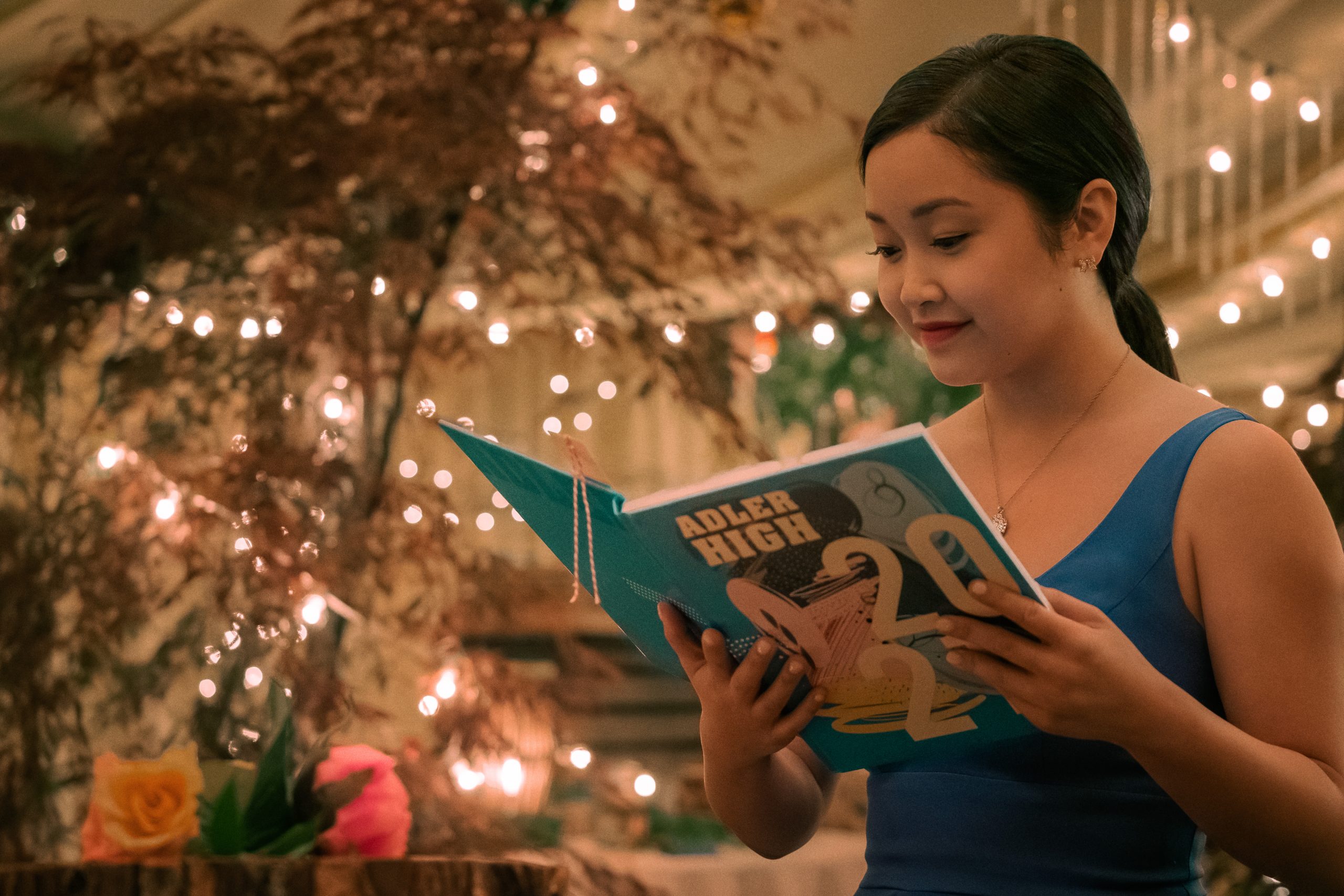 TO ALL THE BOYS: ALWAYS AND FOREVER: LANA CONDOR as LARA JEAN. Cr: KATIE YU/NETFLIX © 2021

After two incredibly successful films filled with a lot of comedy, heart and teenage drama, it is finally time to say goodbye to Lara Jean and Pete Kavinsky as they graduate from high school and head out into the world. As they navigate their senior year, events outside of their control force them to confront the future of their relationship. While the previous instalment was a little stagnant, the final film in the series sets up the next phase of LJ and Pete’s adult life and how they will navigate their relationship through it.

The film starts with Lara Jean Song Covey’s family trip to Seoul with all three sisters Kitty (Anna Cathcart), Margot (Janel Parrish) and Lara Jean of course exploring the city to feel connected with their late mother. Along for the ride are the girls father (John Corbett) and his new girlfriend Trina (Sarayu Blue) who we saw getting quite serious in the last film. While the girls are out eating noodles and extremely delicious looking pastries, LJ is waiting on her acceptance letters from college. The goal is for her and Pete to both attend Stanford so they can finally stay over at night (flouting Dr. Covey’s strict curfew rules) and strengething their relationship (told through a hilarious montage set to Spice Girls Wannabe).

When the family returns back home, things don’t go according to plan and once again LJ and Pete’s will they or won’t they riff comes back into full swing. While this has been done in previous films, the stakes feel higher here. They aren’t still attending the same school, they won’t be living just down the road from each other. So the process becomes how do they evolve past their high school crushing into an adult relationship that allows both individuals to be who they are while still staying together.

The performances from the main cast Condor and Centineo is the best it has ever been. The pair clearly have incredibly chemistry and their ability to work as both a couple and have their own individual character arcs is what really makes this film work. Condor is a shining star in this series, and this film in particular as she realises that her connection with her home country and her deceased mother is both engaging and emotional while still holding her character true. Seeing the pain that Centineo brings to his usually cocky high school jock character is such a joy to watch. In particular a lot of the scenes here are not based inside the school setting so that connection to the previous films are no longer there.

Visually the film is like a rainbow pack of bubblegum, there are so many eye popping visuals from director Michael Fimognari. The previous film was broken up into chapters with visual cues to signify the shift, fortunately in this film it has been replaced by transition scenes inspired by a black and white pop art bakery that the family visit during their trip to Seoul. The neon lighting in the local diner that they frequent and the opulent backyard wedding all leap off the screen with vibrant colours and palettes, heck even a trip to New York City is littered with life, something that we haven’t seen from the big apple since Sex & The City.

Special mention must be paid to Joe Wong, the music editor for this film. The film is infused with K-pop bops with throwbacks to songs like Wannabe from the Spice Girls and Oasis hits. If you have Spotify, it is worth finding the playlist on there.

While the film succesfully manages to provide a conclusion to this high school love story, filmmaker Fimognari goes one step further by giving each character their own time to sort out what they want from life. while we connect with these parts and want the best for them, the love story aspect shows a new depth and maturity and how two independent people moving forward into the world can still maintain a relationship. The acting prowess of Condor and Centineo are strong leads and are anchored by an equally talented supporting cast of characters who all want the best for LJ and Peter. All of these elements work together to finish the film series on a high note that leaves viewing wanting just a bit more.

To All The Boys : Always and Forever is now showing exclusively on Netflix.

Like Loading...
Newsletter Signup
In this article:movies and streaming, netflix, to all the boys always and forever
Up Next: