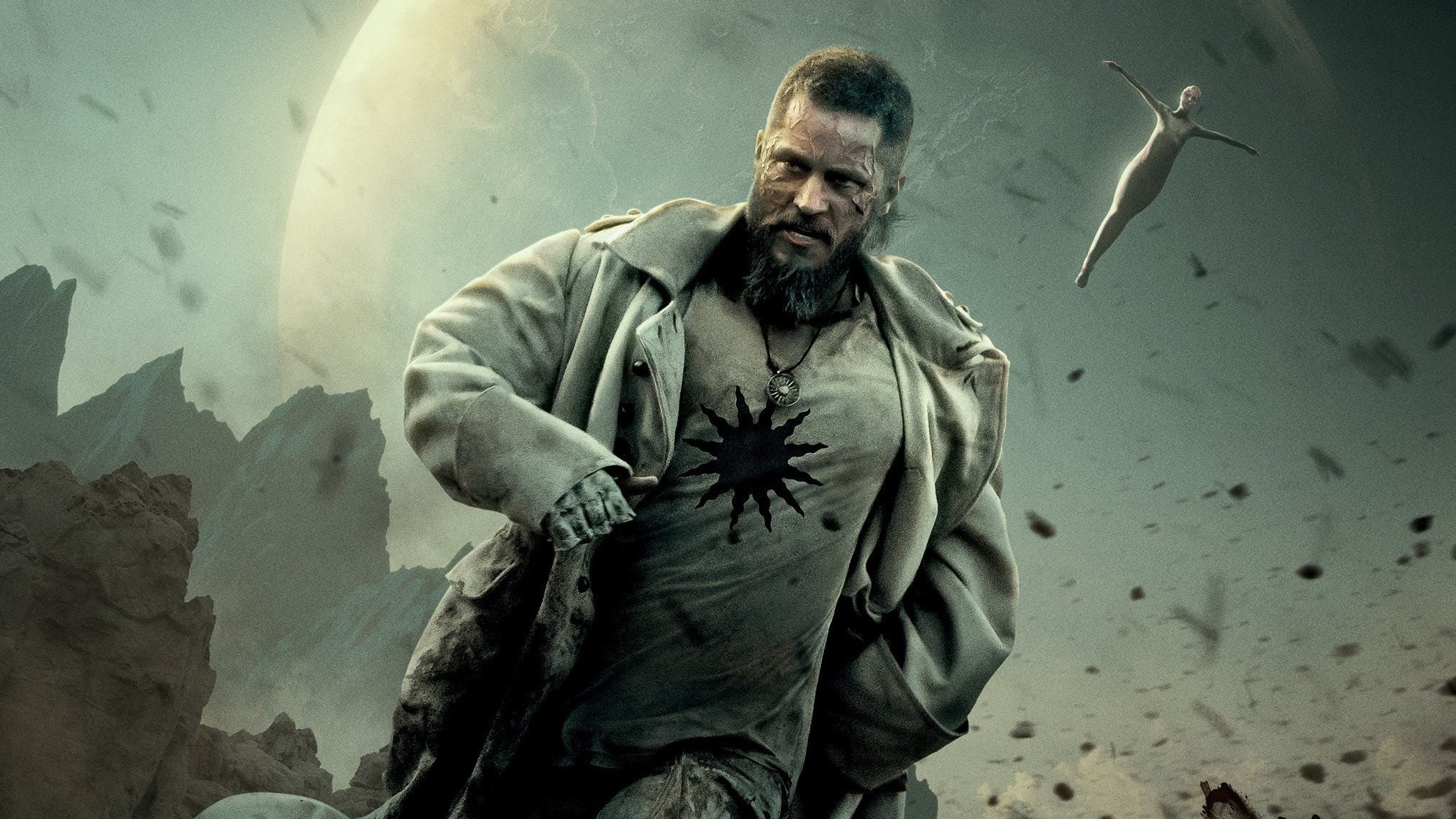 Almost 50 years since his latest foray in to television, sci-fi aficionado Ridley Scott (director of Blade Runner, Alien and The Martian) takes helm of the small screen director’s chair alongside his son and fellow director, Luke Scott, for the latest HBOMax original series, Raised By Wolves.

The year is 2154 and a global war between Christians and Atheists has led to the decimation of humanity. Earth is barely inhabitable due to the bloody conflict, forcing the Christian army to flee on the Ark to Heaven – a giant space ship. Meanwhile, two androids, Mother (Amanda Collin) and Father (Abubakar Salim), land on a mysterious planet in which the immediately begin to utilise Mother as an incubator and life source for 6 embryos. Once the children are “born”, Mother and Father take in upon themselves to raise these children away from the war and away from the Christian’s anti-android ideology. Their existence soon comes under threat after discovering that a rogue crew of Christian crusaders are also on the planet, led by Marcus (Travis Fimmel).

While the central focus on the show is based around the war between Christians and Atheists, creator and screenwriter for these first 3 episodes, Aaron Guzikowski, doesn’t feel the need to dive too deep into the warring religions ideologies to provoke discussion about faith. Which is a shock considering the use of these faith bases, but also a welcomed surprise as Guzikowski tells a story more akin to Ridley’s previous work in Blade Runner, focusing on the purpose of existence and what it means to be human – all through the eyes of androids. This isn’t to say that Raised By Wolves is not an intellectual show, it just manages to balance enough thought provocation with entertainment value. However, being only 3 episodes in, this may be something more deeply explored in episodes to come.

This show undoubtedly has Ridley Scott written all over it. From the opening establishing shots tracking a small space-ship over barren, intergalactic terrain, you’re immediately taken back to the opening of Blade Runner or the beautiful scenery of Mars in The Martian. Scott knows how to create epic visuals and also establish a foreign feeling of location. The series score from Ben Frost is incredibly reminiscent of a Blade Runner 2049 and creates an awe-inspiring yet dread-filled atmosphere. While these elements may feel too similar or potentially blatant copies from previous materials – it suits the tone of Raised By Wolves well enough that it is excusable.

However, it is the performances from Amanda Collin and Abubakar Salim as the two androids, Mother and Father, that warrants the most praise. The eerie balance of human-like behaviours that are also programmed by a computer leaves a lot to the imagination as to what the true intentions of their mission are, which in turn makes for very captivating television. Both Collin and Salim are outstanding in their roles, really inhabiting these characters. Travis Fimmel is also good as Marcus, although at times it does feel his character doesn’t yet have the depth of the androids, even though his story arc really picks up pace in episode 2.

As stated earlier, the visual aesthetic of this show is for the most part amazing. However, there is a slight yearning for a better character design of a certain character when they transform into a more powerful being. Some of the CGI can be hit or miss, which unfortunately too often excused in television, but never feels diminishing to the overall experience. The violence, while sporadic, is incredibly effective (and occasionally squirm inducing).

The first 3 episodes of Raised By Wolves is riveting sci-fi from Ridley Scott. The dark tone is set early on and doesn’t let up throughout. It’s thought-provoking without taking away from the enjoyment overall and creates great  anticipation for the forthcoming episodes.