Oh that. Of course I knew that. You think I am a dummy. Its his thing. Its his little private kink

The Pfeffermans have been deeply flawed people from the get go and their narcissism is beautifully depicted in this episode. This time we see more of Shelley (Judith Light), Pfeffereman matriarch taking care of a husband (Ed played by Lawrence Pressman) dealing with dementia and aphasia. It is not an easy life yet Shelley handles it with a sardonic attitude because, really, it’s better than wallowing in self-pity. It’s great to see Judith Light have more screen time.

The driving force of this episode is Ed’s disappearance. While the logical thing is for everyone to be concerned, everyone seems oddly blasé about it, except for Ali who is, conversely, very concerned in an almost out-of-character sort of way. It’s a nice callback from the first episode where we met Ed and Shelley, and how Ali seemed to care about Ed’s wellbeing more so than her sibilngs. 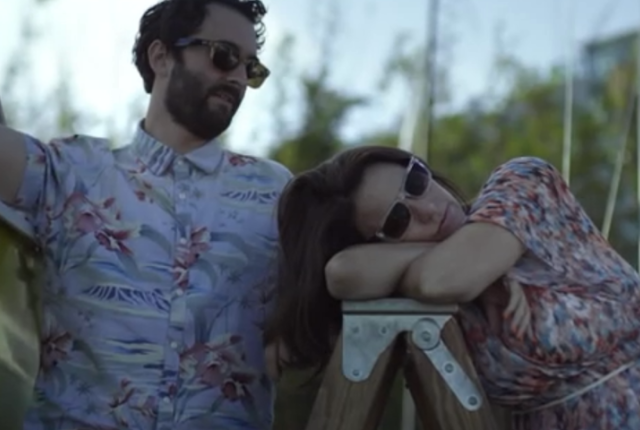 Josh and Sarah have a lot of things going on in their lives but their almost complete disregard about Ed shows how incredibly selfish they are. In a way it seems like this uncaring attitude is their form of self-preservation. Josh is hurt about the break up with his Glitterish girlfriend, while Sarah is still unsure whether Tammy tuly loves her. Both of them are on shakey ground and maybe other people just don’t take prioty at this time. Then again they could just be that self-centred.

Another big revalation in this episode is Josh finding out the truth about Maura. Despite Sarah’s concerns, Ali outs her father as Maura. Both Ali and Sarah learned about their father very early on in the season so it’s interesting to see how Josh will react from here. His initial response in this episode is disbelief and shock (expressed in a comedic yet aggressive way). Overwhelmed by it, he tries to out Maura to Shelley only to be greeted with a dismissive remark. Shelley has known about Maura but seems to think it’s a “little kink”. The way each family member has reacted to this big news captures the variety of real world responses. There’s been full support (Sarah), confusion and disbelief and acceptance (Ali), confusion and frustration (Josh), and resigned acceptance (Shelley).

This episode marks halfway through the first season and it also marks change. Everyone in the family now knows about Maura. Everyone has their biggest issues laid out before them. What comes now is development, for the better or for the worse. But at least by the end of episode 5 we know Ed is doing fine.