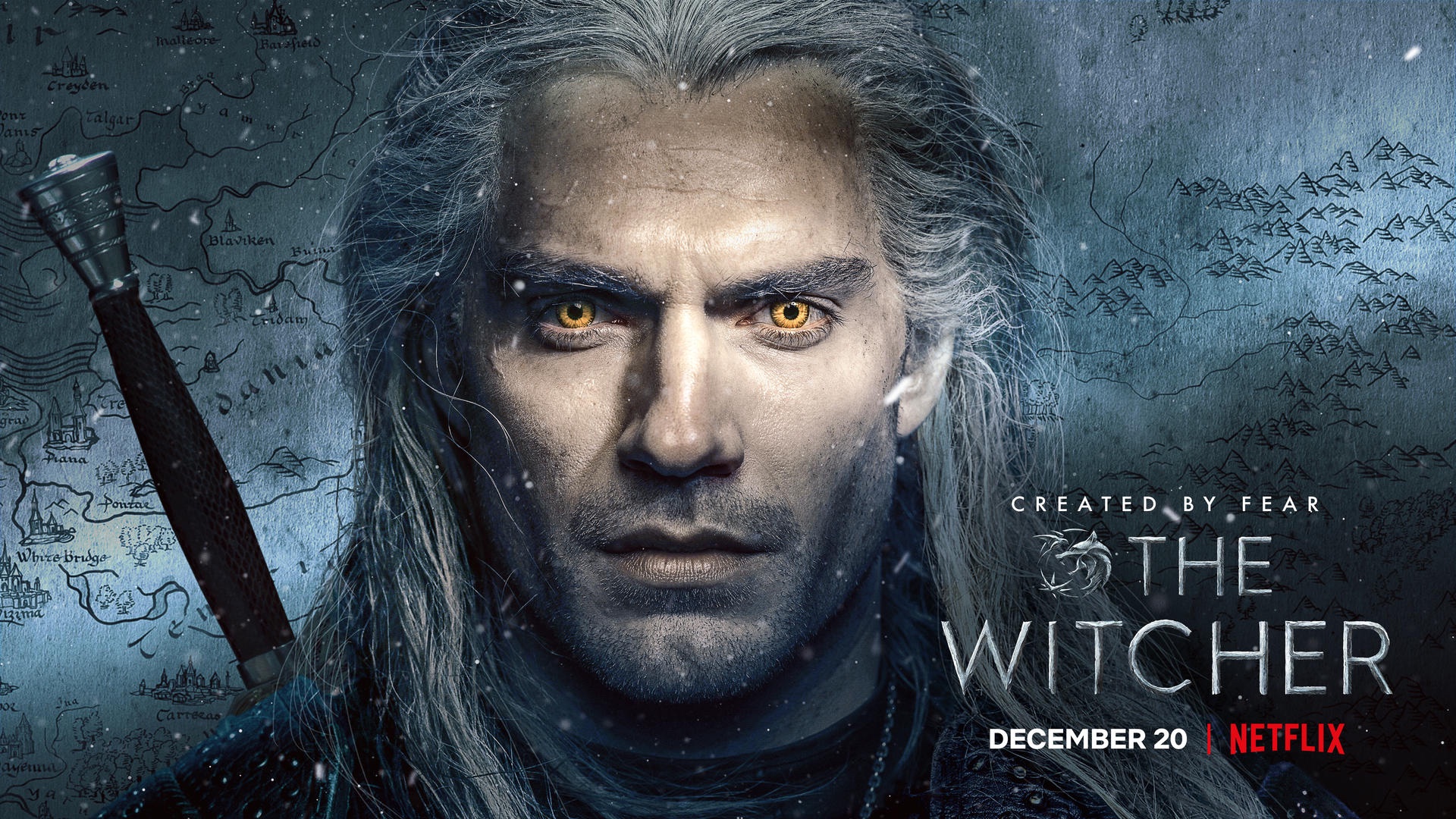 Looking for a fantasy-TV fix filled with violence, naughty language and nudity in this post-Game Of Thrones world we live in? Then Netflix’s The Witcher could be up your alley… if your curb your expectations slightly.

In the world of The Witcher, certain humans (or ‘mutants’ as they are commonly referred to) have various magical abilities. Mutant’s are not necessarily accepted by society, unless they’re required to perform tasks that normal humans aren’t capable of. One of those tasks being killing big-ass monsters.

This is where The Witcher opens; with our protagonist, Geralt of Rivia (Henry Cavill), battling one of the many creatures we see throughout the show in gloomy swamp. Right from Geralt’s first line after defeating this creature, the tone of the show is set. It’s dark, brooding and at times, oddly humorous!

Cavill is definitely a stand out. Not only does he physically embody the bulked-up Geralt (see: the sword battle at the end of episode 1!), but Cavill also plays against type compared to what we’ve seen him do before. It’s funny watching the Man of Steel react to the plethora of weird magical mishaps with a casual: “Oh, fu*k”! And that makes his character easy to be drawn too, because more often than not, you have the same sentiments.

However, it is Yennefer (Anya Chalotra) who had the majority of my interest in these first few episodes. There is definitely an interesting story arc happening here that I am not sure where its going (but in a good way!). I won’t say too much about it because I think the reveals throughout for this character are definitely worth waiting for!

In saying this, the rest of the story lines in The Witcher are… completely fine. Each episode jumps from plot to plot, adventure to adventure and at times the show feels a bit convoluted. The action and adventures can be very exciting to watch and there is a main story established in the first episode, but for the episodes following, that plot seemed to take a slight back seat while the series really builds up the world for you.

Don’t get me wrong, some of the world building is incredible and it is quite obvious there is a lot of lore to draw from for the seasons to come. But, when you’re introduced to seemingly important characters every episode, only to have them not return again, you can feel a little lost in what the show is trying to tell you to follow.

Let’s briefly touch on CGI. For a show with a rumoured budget of $10 million USD per episode, the effects and some of the sets felt cheap. It really looked and felt like I was watching a TV show, and not being immersed into the world. At times, the CGI really surprised me with its quality, but those moments felt few and far between. The shows opening scene sets the bar for the CGI to come, so at least The Witcher braces you for impact early on.

Season 1 of The Witcher feels like the foundations for something bigger to come, but sometimes at the cost of not making the foundations interesting enough to keep you completely invested for your introductory episodes. However, with saving-grace performances from Cavill and Chalotra and a few exciting action set-pieces, I’m still intrigued enough to see where The Witcher will take me next.

The Witcher Season 1 is now streaming on Netflix.