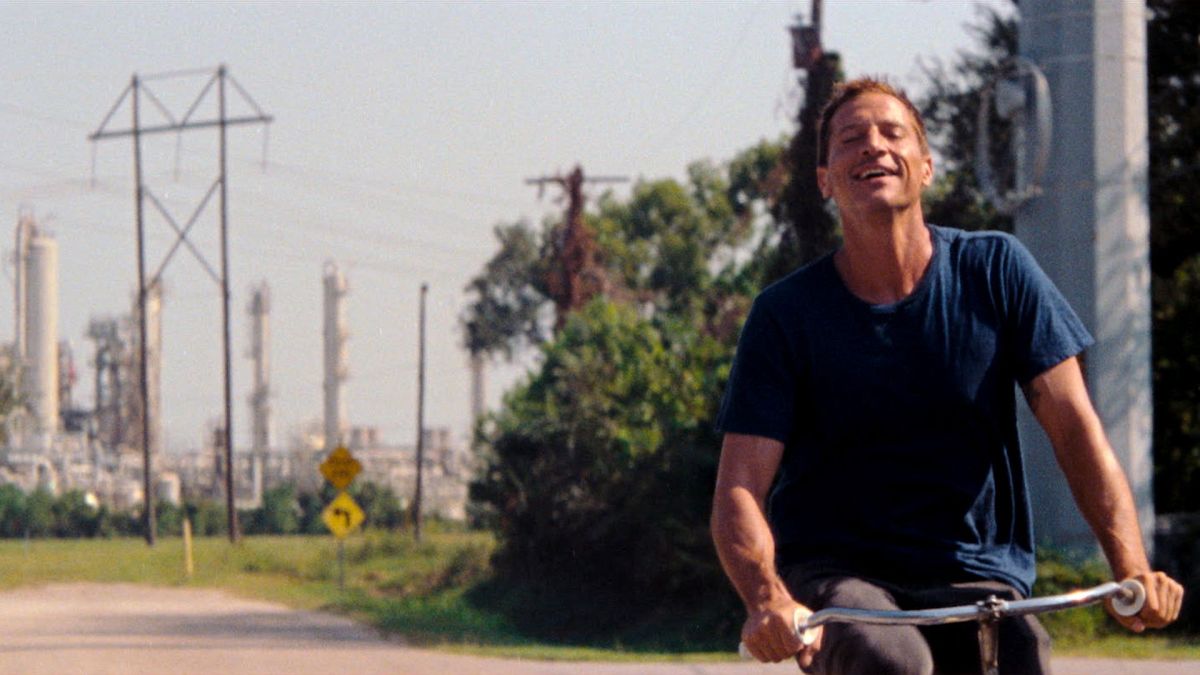 Coming off the success of his 2017 awards-darling movie, The Florida Project, writer and director Sean Baker’s latest project, Red Rocket, has been hot on the worldwide festival circuit these last few months. So much so, that when it was surprise-announced to be playing on the final weekend of the Brisbane International Film Festival, I made sure nothing was going to be in my way of one of this years most anticipated movies.

Much like Baker’s other projects (and very similar in style to The Florida Project and Tangerine), the way this small-Texan community is captured on screen creates such an authenticity to the story. Filmed with a grainy visual style and capturing the lower-working class style of living transports you into this world from the opening frames of Mikey walking through his old hometown. Baker never lets up with this directing style (until the fantasy-esque closing shots), and Red Rocket really feels like Baker is really in his prime as a filmmaker.

However, much of Red Rocket’s authenticity comes through the performances. Again, like his previous works, Baker opts to use non-actors in the supporting roles, and this works outstandingly for this film. With only a few casting credits to her name, Mikey’s ex-wife (also a former porn star), Lexi (Bree Elrod) never once felt like she was playing a caricature of the stereotypical, poverty stricken Texan, but rather really leaning into an empathetic role which works amazingly well against Mikey, who can come across as manipulative towards her and her mother Lil (Brenda Deiss, who has never acted in a film before this). On top of that, there is a cavalcade of supporting characters who all truly steal the scenes that they are in, and really showcase that the need for ‘actors’ in these roles isn’t always necessary!

It is Simon Rex who steals every moment of this movie. His performances as Mikey is hilarious, infuriating, challenging and oddly pulls on the heartstrings once or twice. The script (co-written by Baker and Chris Bergoch) does a fantastic job of constantly making you question your empathy for Mikey and some of the (at times very controversial) decisions he makes or things he says. Simon Rex brings a palpable energy to the fast-and-smooth talking Mikey and doesn’t miss a beat with the humour. Seeing Rex in this role, after years of parody movies, rapping and some pretty average VOD releases, this feels like one of the performances that will undoubtedly be talked about come awards season, and hopefully relaunches a career that is worthy of many more roles to come.

Mikey’s story goes down avenues and paths that will undoubtedly shock viewers. This is not a movie that is intended to make you feel comfortable, and Baker and Rex’s humour makes the audience drop their guard before shocking you in a way you did not expect, and that’s a testament to the screenplay and performance.

Red Rocket’s only flaw is that it really feels it’s length. Clocking in over 2 hours, this isn’t necessarily a narrative driven story, but more so a movie that let’s the characters be the focus. For most of the movie, the audience is a fly on the wall watching these people live and even though the narrative element can feel a bit all over the place, each scene feels authentic and necessary, while also being another moment to let Rex shine on screen.

Sean Baker once again has delivered a movie and story that feels so unconventional outside of the normal filmmaking norms. Red Rocket focus on its characters over story is a great way to let Simon Rex have his cinematic comeback in a role that will surely get him awards buzz, but also allows Baker’s filmmaking style to once again be highlighted as a director who is confident in challenging the norms. You will laugh from the opening scenes until the closing seconds, even when moments throughout the movie will have you more shocked than you anticipated.