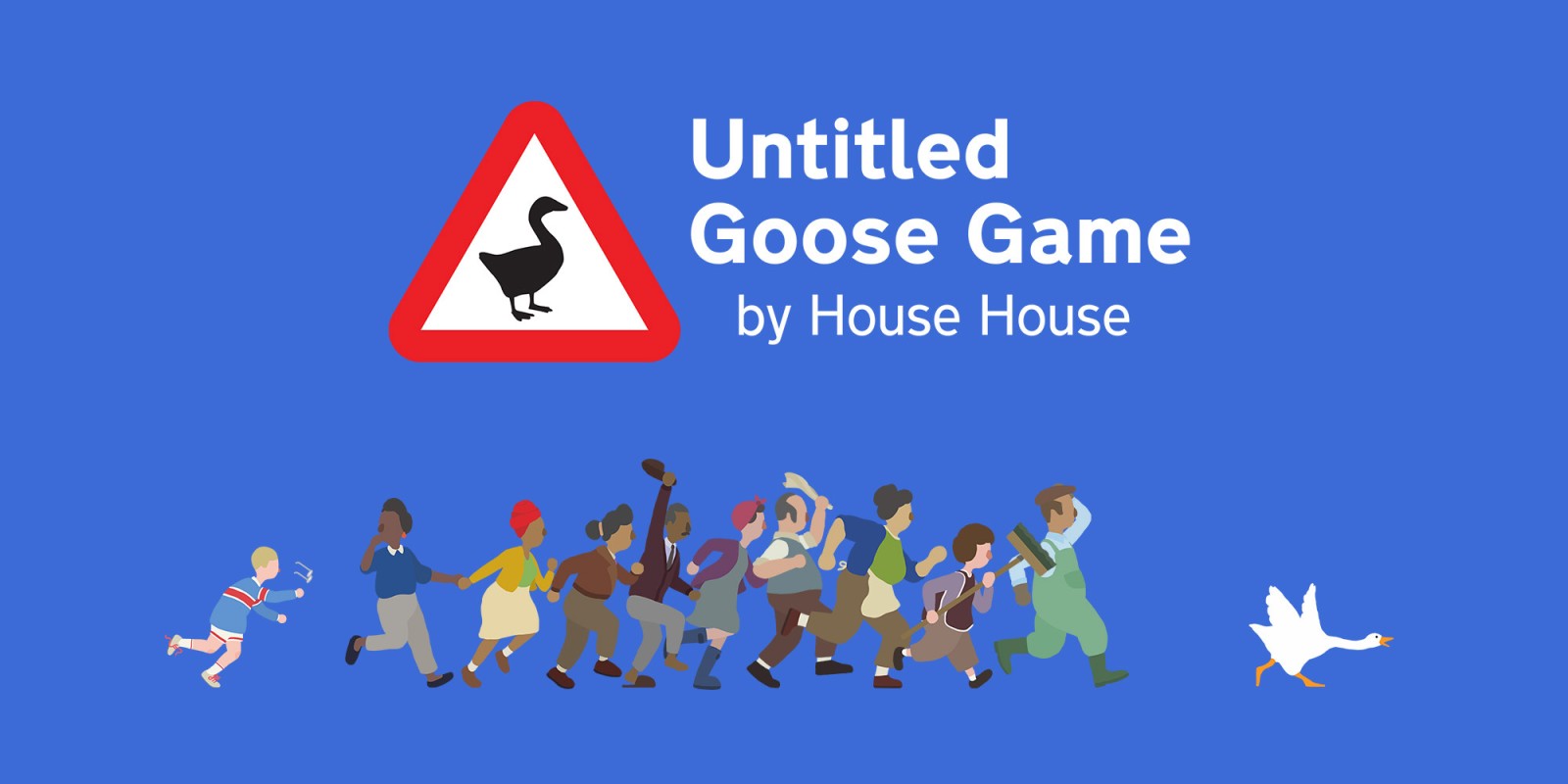 If you had told me a year ago that I would have a lot of fun playing as a goose in a game running around causing mischief and raising the blood pressure of townsfolk everywhere, I would have called you a liar. After all of the long line ups to play the game at PAX and other industry events, the time has finally come for PC and Nintendo Switch fans to get their hands on Untitled Goose Game. The animated mischief-making game comes from Aussie duo House House Studios exclusively for PC via the Epic Games Store and Nintendo Switch. There are rumours of PS4 & Xbox One release coming, and the game will release on Steam late 2020.

In Untitled Good Game, you play as a goose whose sole job is to cause absolute chaos by stealing items and moving them to another location, honking at townsfolk and giving them a fright, drenching them by turning on sprinklers and just all around being a bit of a goose. Missions are presented to you on a to-do list and involve stealth, strategy and all out honking madness to make these villagers really think you are the biggest jerk of a goose who ever lived.

The animation is beautiful, harking back to 2D styles that remind you of a hi definition cartoon from your childhood. Each character emits an emote above their head instead of using speech. Interpreting their irritation through sound effects is much more amusing in any case. The goose itself looks fantastic and well detailed, spreading its wings and honking, running towards or away from its goals. There is also a smooth and satisfying transition from running to glide in the water and swimming around innocently after dropping items in the pond, out of reach for the poor unsuspecting townsfolk. The controls are also responsive and quite simple with run, pick up, wing spread and of course HONK! The simple action now turned meme is taking the internet by storm and it provides an endless array of enjoyment, creeping up behind an oblivious towns-person and honking the bajeesus out of them. There really is an endless array of scenarios and fun to be had, despite the campaign only lasting for about 3 hours. That being said, it has a lot of options to keep coming back and playing more. Just freely walking around causing havoc that aren’t on any particular lists is still a lot of fun.

The only major downside of this game is the short length and the fact that you can only play it on PC or Nintendo Switch. While I opted for the Switch version, everything ran smoothly and there was no lag or screen tear noticeable (as to be expected in a game like this). It also ran well in both docked and portable mode (much to the entertainment of my mates at work!).

Untitled Goose Game has become a pop culture phenomenon and though there are tons of memes circulating, the game fortunately has the goods to back it up. It is a simple premise that has united the honking goose in players everywhere. Smooth and beautiful 2D graphics add to the elusive English village atmosphere and keep the attention on the goose where it belongs. This game will live on as a pop culture icon for many years to come. Hopefully by then the game will have made its way to Xbox, PlayStation and Steam. Untitled Goose Game is available right now on the Epic Games Store and Nintendo Switch and is a honking good time.