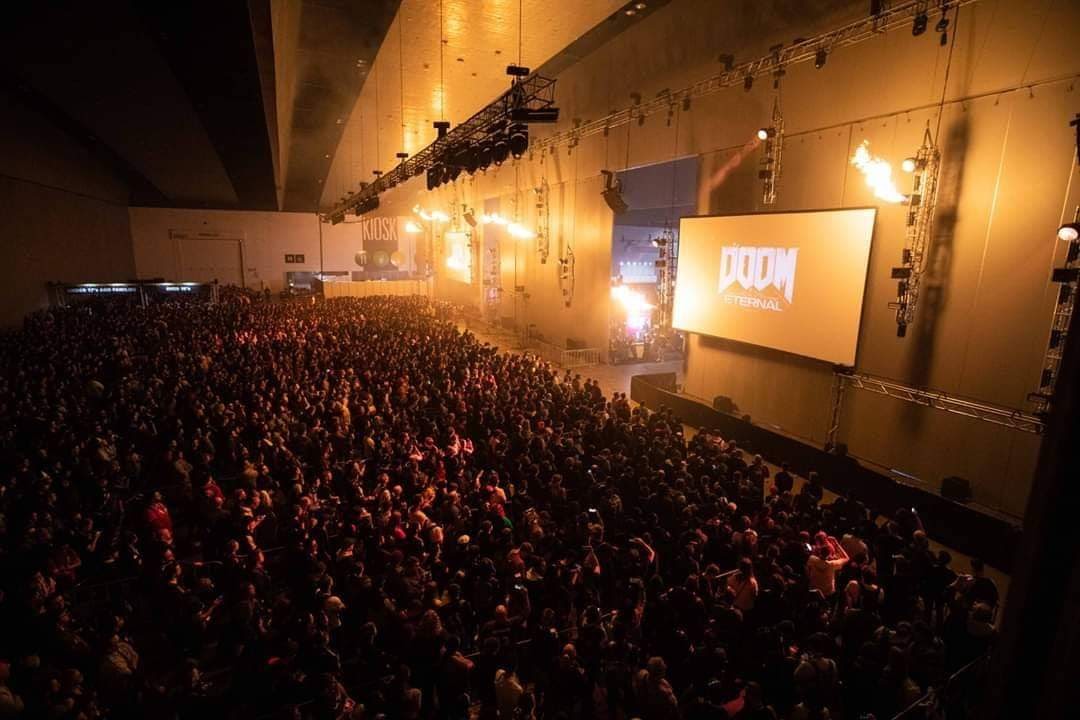 SO it’s been and gone for another year, gamers from all over Australia descended upon Melbourne to experience PAX playing new and upcoming games, watch live demos, attend panels and connect with online friends for 3 days of fun. This year the event saw record attendance numbers with a bigger emphasis on tabletop gaming expanding to take up half of the convention centre. Playstation had an extended size booth this year utilising the Playstation Experience App to check to redeem PSN prizes and book times to play demos instead of lining up for 2 hours. It was a fantastic way to organise your day if you are quick enough to snag a time slot with a lineup including playable demos of Avengers, Final Fantasy Remake, Iron Man VR and a Death Stranding video presentation narrated by Hideo Kojima.

Xbox had all eyes on Bleeding Edge as a highly anticipated upcoming title to the service. If you are looking for something a bit softer, Minecraft Dungeons queues were o.o.c all weekend! While many fans were disappointed that there was no playable demo for Cyberpunk 2077 there was a video demo at the Xbox booth on Samsung’s new 98 inch QLED 8K TV with an incredible “You’re breathtaking” Instagram frame featuring Keanu himself. While there wasn’t much else on offer to play, Microsoft were raising money for CREATE foundation giving away some sweet light up lanyards for donating fans. While many complaints yearly go out at PAX about body odour, Xbox provided a claw machine with their deodorant and body wash as prizes to not so subtly help those in need (seriously guys it’s cold in Melbourne at the moment, there is no reason to wear a singlet!).

PAX Rising had an array of different upcoming titles from indies, with a strong focus on games made locally in Australia. A lot of games were made in Queensland, Melbourne and South Australia. There are a lot of games to go through and with so many stand outs it is hard to go through them all. A crazy platformer that stood out was French inspired Sacre Bleu from Hildring studio, a crazy addictive beautiful 2d game that had us going back for several rounds (there was also a sweet headset to win for the player with the highest points over the weekend!) Make sure you check the game out here. Another big ticket game was Best Friends Forever, a narratively driven sim that sees players move into a new town and adopting a new dog in a city that loves and welcomes k9’s at every venue. The game had a playable demo and was very reminiscent of Dream Daddy Simulator. Similarly for cat lovers there was Chuck Meowrris, a cat spy game to free the world from the clutches of Dr Kibblesworth and Nekograms, a puzzle game that sees players attempting to get cats to fall asleep by sliding them onto cushions. One of my personal favourites was Lethal Lawns (not biased at all!) a co-op lawn mowing bloodsport game that supports up to 8 players. The fast paced action and bloody graphics makes this look like the perfect party game. An honourable mention goes out to Mega Punchy Gold – a VR golf game which saw a player literally punch through the wall at their booth, if that doesn’t make it worth playing, I don’t know what will!

Nintendo stole the show with a playable demo of upcoming Pokemon Sword and Shield that boasted the longest line of the convention. With 3 pins to giveaway when you complete the demo it was definitely the one to keep going back for. The demo showcased a puzzle based gym and gym leader in a massive arena (look out for a full review later on!) Other game demo’s included Luigi’s Mansion 3, The Witcher Complete Edition, Resident Evil 5, Disney Tsum Tsum Festival and Overwatch, boasting the most hands on experience that any company had to offer.

WB Games expanded their offerings this year with a first look at Biomutant, an intriguing PC original IP from THQ Nordic (look out for a full review and detail soon!) Fighting fans got up close and personal with Mortal Kombat 11 content and cosplay competition that happened all weekend. Recently released driving game Grid was also playable with an impressive steering wheel and controller setup. Spongebob fans got a first look and play of Rehydrated, a remake of the PS2 classic that looks spectacular.

Ubisoft had a video playthrough of Watch Dogs 3, disappointingly no playable demo was on the floor. New IP Roller Champions was available to get hands on with as well as the usual suspects Ghost Recon : Breakpoint and Rainbow Six Seige all available to play. The Just Dance stage was exciting and a great attraction as it is every year led by some incredible teams. To make up for the lack of playable games there was a temporary tattoo parlour and Ubisoft store to purchase merch, games and pinny arcade pins.

Samsung brought the goods with hardware showcasing hard drives, monitors and teaming up with Legacy Esports to bring some incredible competition across the weekend. You can catch the full run down from Samsung here .

Apart from the main hall, the Panels are another great way to find out what is going on as well as gain some insight into the gaming community and what is going on. This year Pokemon Go had a great panel on the game’s impact on health and community benefits. Crystal Dynamic’s introduced Marvel’s Avengers and CD Projekt Red’s Cyberpunk 2077 boasted sell out sessions that saw fans needing to arrive at least one hour before the start time just to get a seat. Speed run competitions were back in full swing this year with Sonic Mania taking front and centre stage at the handheld arena, winner Jake Johnson came back to defend his title for the third year in a row (congrats!)

While the list of playable big titles like Cyberpunk 2077, Watch Dogs Legion and Death Stranding were definitely a disappointment, the event showcased why PAX continues to succeed year after year. Seeing a massive community come together to have fun and unite in our love of gaming, encompassing tabletop, console and PC while mixing in panels, presentations and cosplay, there really is something for everyone at this event. You can check out some of our favourite photos in the gallery below.