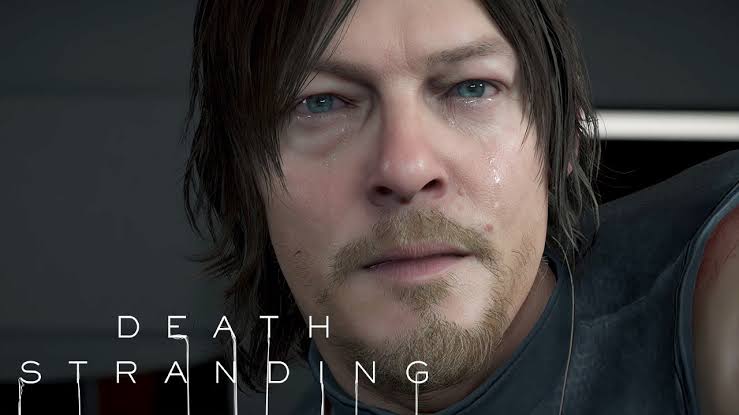 Take a walk on the wild side of death

The internet was a buzz this weekend after the release of Hideo Kojima’s long awaited game Death Stranding. The plot and concept has been surrounded in a shroud of mystery and with no live demo’s at PAX it was unclear exactly just what to expect from this game. With a stellar cast including celebrities Norman Reedus, Guillermero Del Toro and Conan O’Brien, the cast of familiar faces in this desolate word provides some comfort when the game aches with loneliness. While many have claimed it is a “walking simulator” the reality is the game is a refreshing change of pace boasting gorgeous visuals, great performances from the mo-capped actors and gameplay that takes a little bit of getting used to, Death Stranding, while still hard to explain exactly what it’s about never stops you from guessing and pondering our existence and impact on the planet around us.

The game is set in the future after an event called Death Stranding in which the multiverse ripped open a portal and let monsters (BT’s) on Earth. You play as Sam Bridges (Norman Reedus) a courier who is charged with reconnecting outposts across America, making people happy Uber eats style with likes for delivery times and quality of goods. The first half of the game restricts you to walking soley on foot, finding a way through the BT annomalies thanks to the foetus in a capsule attached to a machine that can pick up when these pesky dark aliens are close. Your best defence against them is to stay silent, hold your breath until they pass or you slowly crawl out of their area and be careful of taking a deep breath so they don’t hear you. If they do you manage to get you, you are stooped in a tar like pit of alien goo, needing to shake off the BT’s that are trying to pull you under, if they do you lost most of your cargo and a giant dolphin like BT appears. The first few times this happens it is freaking terrifying, there is no real way to easily get away from them, apart from being quiet and being able to side step around them (in some very lucky cases).

Walking around the environment and getting to and from each delivery point is not always as easy and quick as you think. You can plot a route through the map however it doesn’t indicate if the mountain is too steep for you to climb over with 120 kgs strapped to your back. This is where the game can prove to be a little tiresome and delivery likes are also based on the route you take if it is too long, you don’t get as many likes. This is also true of the quality of the cargo. If you fall over too much, roll down a cliff and the container gets damaged, it can alsos seep through to the goods inside. Fortunately there is repair spray that allows you to repair the containers, it is important to note that it will repair the container, but not the goods inside. Distributing the cargo evenly is also key to keeping it intact. You can do this manually if you want to through the Pause screen, there is also an auto arrange feature that does it all for you (personally this is the way to go at the start of the game) As I got a hold of the game I started doing it myself to add an element of puzzle to the game. Inventory management is also crucial as you are limited to how much you can carry, your personal items including repair spray all limits how many active missions you can have going at one time.

At the halfway point in the game, you unlock grenades that can destroy the BT’s. After all of the hiding and holding your breath, the thought of going up against a giant BT is incredibly intimidating. Regrettably I had nothing to worry about, taking one down was all too easy, in fact too easy I thought there must have been a glitch in the game. When it happens again and again throughout the game it doesn’t get any more difficult and stood out as the major disappointment of this title. A surprising annoyance with the game is product placement. When you are back in your private room you can regain your energy by drinking a can on Monster, yup that one, it is blatant product placement and if that wasnt’ enough, when you go the bathroom, a massive poster for AMC’s Ride With Norman Reedus fills the screen. It seems really REALLY out of place and detracts from the lore.

Graphically the game is beautiful. The world is rich in detail and the grass in particular is so life-like. Sam Bridges has alot of incacitries with the motion capture being supplied by actor Norman Reedus. His facial hair in particular is the kind of thing that you can almost count the hairs. It is a basic performance from Reedus as the character doesn’t have many interactions with other humans to bounce off. Depending on how you play, you can bond with you BB, rocking it back to happiness when things get rocky out on the road. There is an incredibly cute animation of the BB blowing love heart bubbles in its cleak pod when its happy. It is a little creepy yet oddly adorable.

Having some great licensed music play as you go out on a long delivery run seemed wildly inappropriate in the trailers and videos leading up the game’s release, however in the actual game itself, it is a welcome relief. A lot of this game is barren and it can feel quite empty. The game seems to know these moments when it has been too quiet for too long and slips in a mellow song at the perfect moment, making that seemingly long journey a fraction less arduous.

Death Stranding tells a fantastic story of human connection, technology and death. There are many ideas dropped throughout the story and while they are not always fully explored, it drops enough to linger in your brain and keeps you thinking about it long after you have stopped playing. Kojima was able to get some fantastic performances from the actors involved, in an industry oversaturated with shooters and run and gunners, it is refreshing to tackle a sci fi epic that changes the pace, forcing you to slow down and reflect on a wide range of ideas. While this game may not be for everyone, Death Stranding is a fine example of video games crossing over into art territory. It has already fast become a pop.culture icon, the game itself showing to offer depth and substance in a year of games that have failed to live up to the hype.

Death Stranding is now available exclusively on Playstation 4 with a PC release coming in 2020.

Previous article
Review – Charlie’s Angels (2019)
Next article
Are You Ready For Disney +?