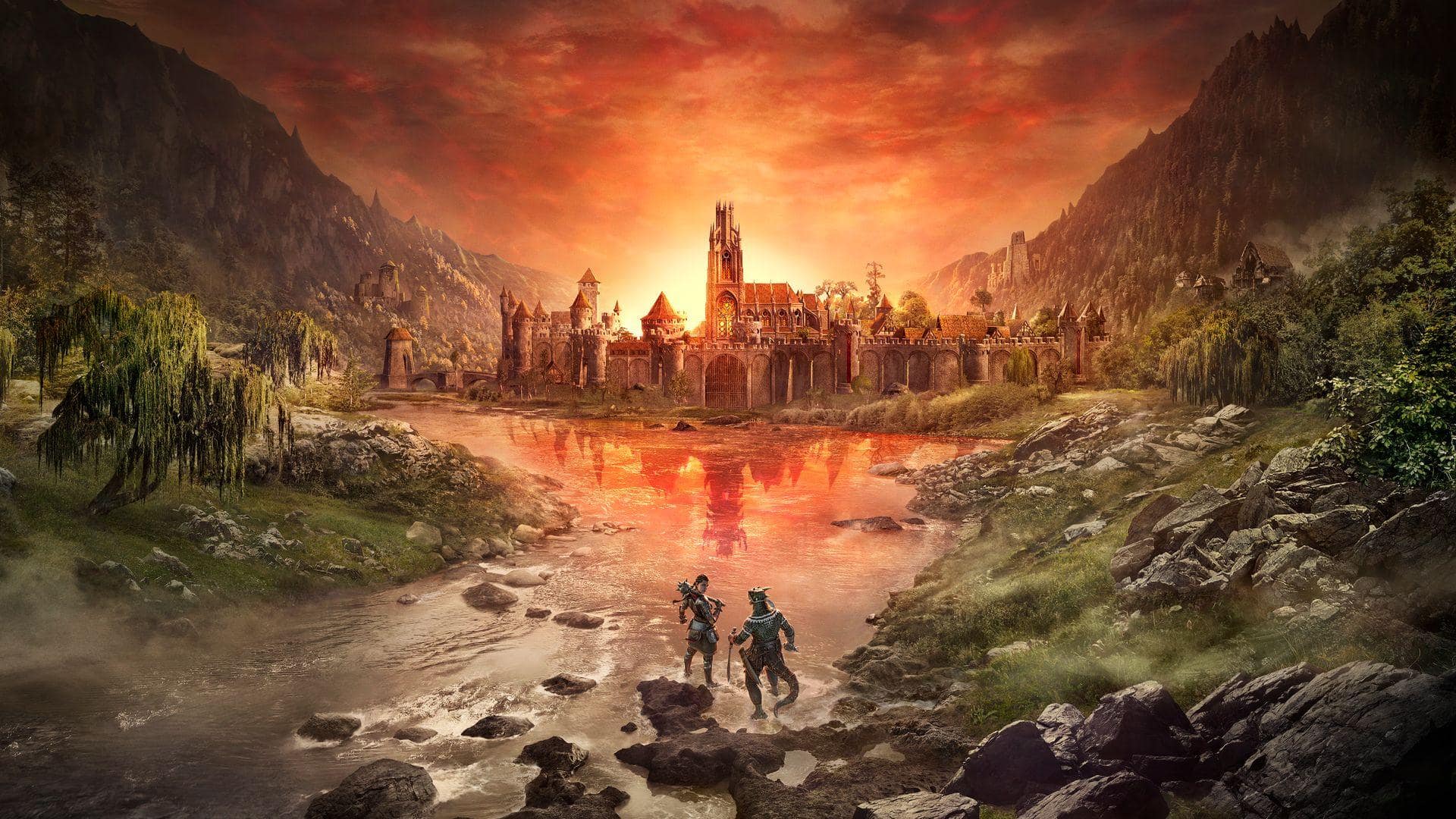 Bethesda have released the latest expansion in the hugely popular Elder Scrolls Online game titled Blackwood. Along with it comes a sweet and sexy next gen upgrade so if you’re playing on Xbox One X like I am, it is both the visual update and the content that will have you coming back for more. Having a MMO be successful is no easy feat, and it is a testament to the game devs that support it with a constant slew of content and updates that keep everything feeling supported. The changes in Blackwood re-work the game mechanics and improve it drastically.

Before we launch into the story I need to tell you about the Companions. Being a solo player in this world it can often feel lonely and a bit solitary, fortunately now you can enlist the help of Bastian or Mirri to help you on your journey. They can assist you in battles to some extent, but you shouldn’t rely on them for an easy pass through the more difficult bosses in the world. You do have to make sure that they do have the right gear and items to assist in a battle otherwise they will be not very helpful. You really do have to watch them if you say the wrong thing or ignore them they will go rogue and then you can’t use them for a certain amount of time. It can be a little grindy having to do side quests with them to build up that friendship meter, but the pay-off is worth it.

Story wise I really enjoyed this update. The Longhouse Emperors have a murder mystery and Elvi, a wood-elf carries along each chapter as the different portals open up across the land. The main storyline is titled Zone, six world bosses, trials and many more quests that can be uncovered on the map. There are conspiracies amongst the city of Leyawiin all to tell a story about the Daedric Prince of Destruction.

Visually the game is miles above anything that has come before (even before the next-gen update) The beauty and detail of the land stand out compared to the previous Greymoor update. The marshes that are densely populated are beautiful to behold. When the locations flip to the Deadlands, the intense red from the lush green marshes and fields littered throughout the world is incredible. It’s not just country locations, the cities are beautiful with Castle Leyawiin and Gideon a unique city built on top of a bog. It’s as odd as it sounds as the inhabitants of the town who live there.

The next gen update is nothing short of spectacular. The graphics not only look incredible, they also run a lot smoother. The game is upgraded to 60FPS on consoles with high-resolution textures, a greater depth of field and dramatic improvements on reflections, shadows and draw distance. I did play half of the Blackwood update before the next gen update kicked in. The difference is incredible and is definitely a reason to jump back in if you have taken a break.

The Elder Scrolls Online Blackwood is a must have for fans of the series. The expansion of the world and the beautiful and vibrant world created shines on next gen consoles and offers players a huge amount of lore and characters to dive into. The storytelling continues to be exceptional and continues to expand upon the world that so many players have fallen in love with.