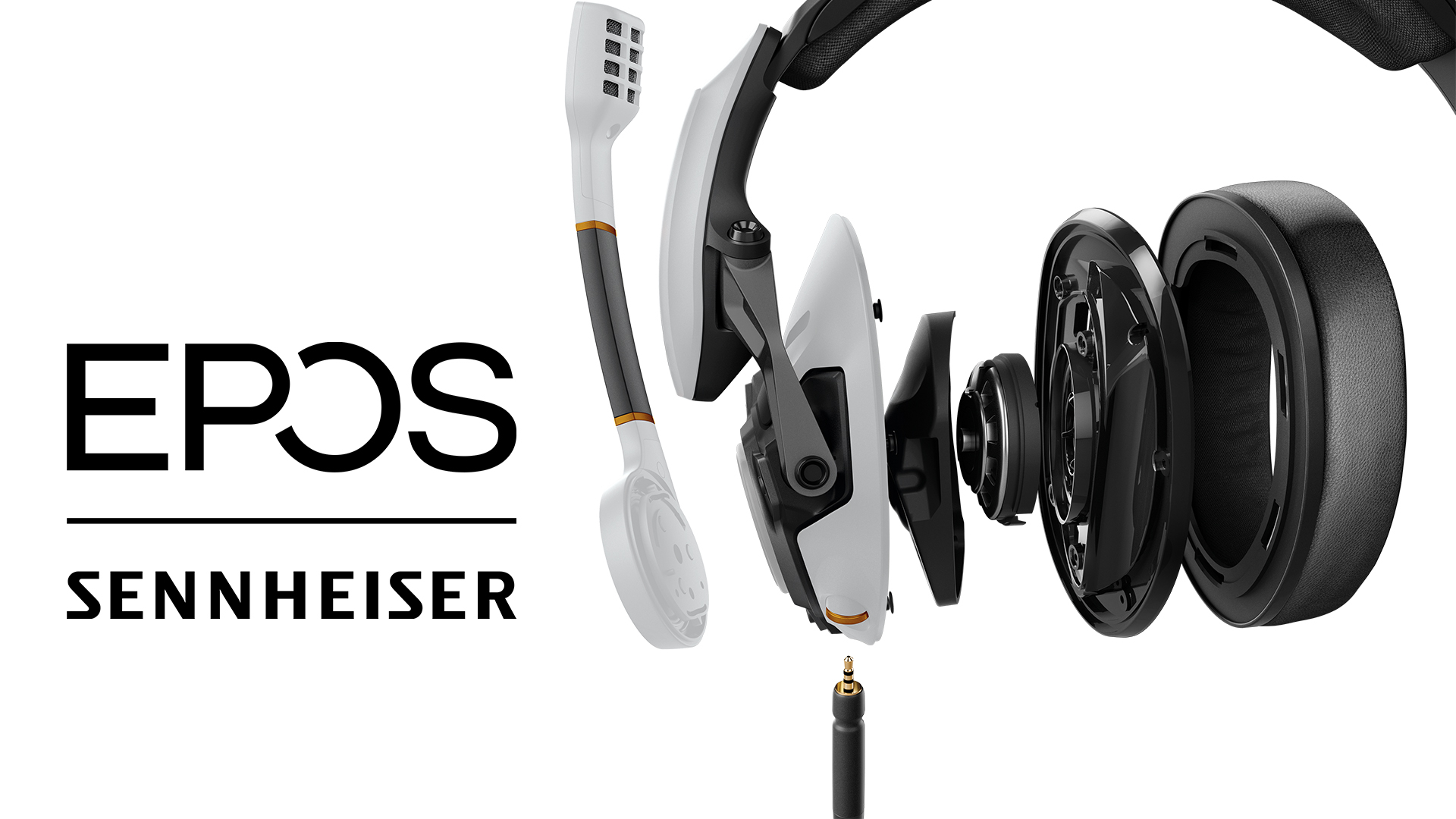 Headsets were never really my thing, I don’t like the constriction of the audio and rarely playing games online means I don’t need the chat feature. I have reviewed a few wireless headsets over the last year and enjoy the quality and range of audio that comes through when using them. It is safe to say, I have turned my opinion of headsets around to be much more positive. That being said I have never liked the idea of wired headphones, finding them constricting and attempting to make my life as wirefree as possible, along comes the EPOS GSP 601’s to once again shatter my expectations and become my favourite headset I have ever used.

The build of the headset is very similar to that of its wireless counterpart 370 (you can read my review of those here) with a bronze and white trim that add a robotic look to the headset. The adjustable arm with mic levels up and down, fortunately muting the mic when it is in the upright position. The cushioned padding on the headset is the best on any headset I have used, including the Sony WH-1000 XM3’s that I use for audio and watching movies. It is very comfortable and after several long gaming sessions, it still didn’t dig into my ears or need any adjustment.

The wired headphone jack connects via 3.5mm audio jack into controllers for PS4 and Xbox One, you can also plug it directly into your Nintendo Switch console with incredible audio quality. The padding and cupping of the cans completely encase your ear and don’t allow any outside noise to get in. The headset also gets a double audio jack for connection to the PC for audio and mic. The cord is quite long so if you need to reach around to the back of your PC you won’t have any problems with this.

If you really want to level up your game, it easily connects to the EPOS GSX 300 external sound card and hear the incredible difference. All the settings for 5.1 surround and EQ is done through the app on your PC. I played a lot of Assassins Creed Odyssey and really noticed the difference in playing with this headset as opposed to my usual soundbar and surround setup and desktop speakers. The depth of sound you get when riding your horse or diving underwater is unparalleled. I also tested out a few songs on Spotify to see how it went, the deep bass and reverb was incredible and on par with the Sony WH-1000 XM3 is the best comparison.

EPOS are levelling up with each headset, making wired and wireless headsets that produce not only an incredible level of sound quality, but also built for long sessions wether by gaming, movies or music, the heavily padded ear cups encompass your ears and create a pocket of sound that blocks any outside noise from getting in. Don’t let the wired part put you off, these are another high quality offering from EPOS and have become my go to headset.

You can order your pair of GSP 601 headsets here