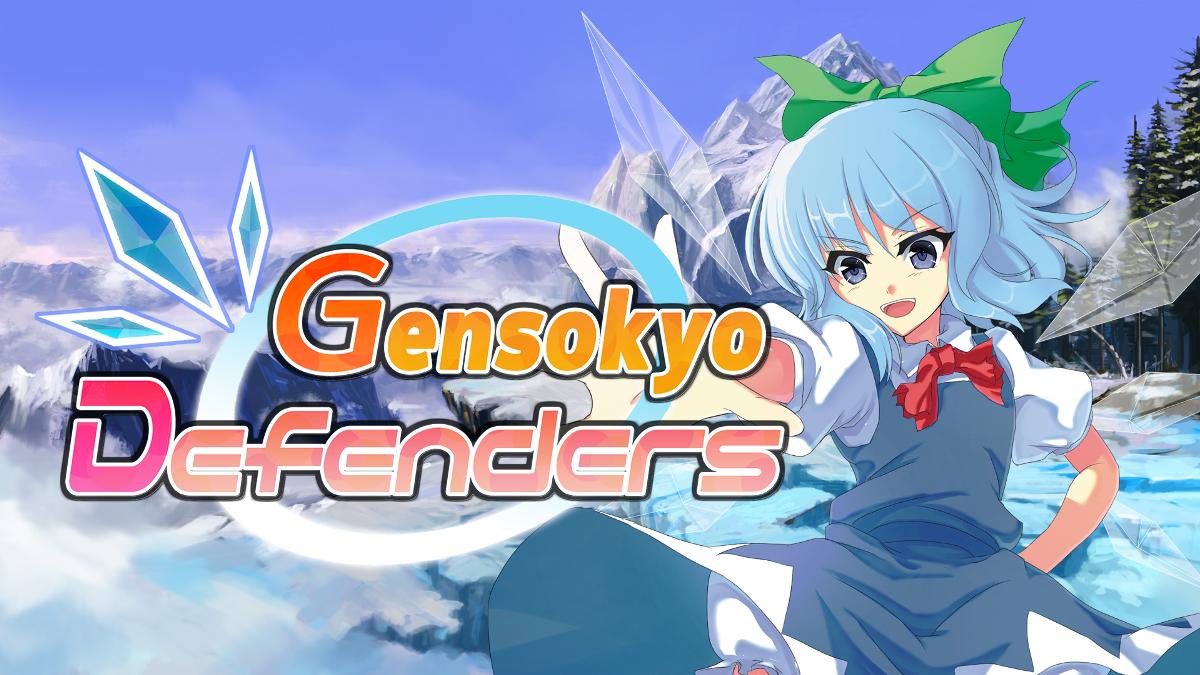 Gensokyo Defenders is another entry in the long running ‘Tohou Project’, a series of loosely connected fan made Japanese games, usually in the shoot ‘em up genre. Developer Neetpia has kept the setting and cutesy anime aesthetic but this time the gameplay is more along the lines of the tower defence genre. It was released for the Nintendo Switch and PS4 in late November, so I jumped in to put my rusty micromanagement skills to the test.

Firstly, the positives. It really can’t be overstated what a revelation the Nintendo Switch has been as a vessel for these small independent titles. As strange as it is to think of Nintendo as a champion for smaller developers considering their bread and butter has always been their first party titles, the portability of the Switch meshes perfectly with the impulse to pick up and play that a lot of smaller indie titles have. The episodic nature of Gensokyo, with small levels lasting only a few minutes, is a good fit for the Switch. Unfortunately, every time you do absent mindedly pick it up for a few minutes, there are more than a few pitfalls that will hamper your experience. Good tower defence games use their mechanics and aesthetic to create tension. The sense of impending doom that can only be cured through the players efficient micromanagement of their base. However almost every aspect of the presentation of Gensokyo is at odds with this philosophy, which creates a weirdly jarring atmosphere whilst playing it. The music is overall very bubbly and calm and feels like it was ripped from another game entirely. Audio feedback is almost non-existent, which seems like a small thing until it isn’t there. Very little or oddly chosen sound effects when attacking enemies serve to hamper the gameplay loop that needs to be as addictive as possible. The enemy designs don’t help this problem either. Obviously, this game is set in a universe with its own unique canon, but most players will not find the random spheres and fairies that comprise most of the attacking force very threatening.

This sense of awkwardness extends to the gameplay as well, which manages to make a simplistic set of mechanics feel needlessly complicated. The full suite of the Switch’s controls are underutilised here, with the shoulder button cycling through all the characters offensive modes, including traps, spells and the twin stick styled shooting attack that will be your primary defensive option. In fact, the frenetic fanning out of enemy projectiles creates more a sense of this game being a bullet hell style shooter at times, which is a nice mix of genres that serves to break up the tedium and create a sense of player engagement whilst waiting for enemy waves to slowly shamble towards your base. While having to quickly spam that button to move between your various traps and spells whilst enemies are swarming around you certainly does create the sense of necessary tension, players will often find themselves making avoidable mistakes in the heat of the action. On the tower defence side of things, resource management is lacklustre, and no resources are carried over between levels. I suppose this was designed to incentivise the player to experiment with the full suite of abilities rather than being overly cautious. But instead I found it had the effect of making the preparation stage feel inconsequential, as there is no reason to not simply spend all the gold you have placing traps between each wave. If the traps made the levels play out differently then this would not be such as issue, but most are simply damage buffs that are placed on the ground, with some slight environmental considerations throw-in in for good measure, like having spring traps launch enemies into nearby stage hazards. The complexity and difficulty does ramp up as the games progresses, but never reaches the level of depth needed to really test the player’s strategic chops. There is an online mode where players can test themselves against other players, but without a Nintendo Online account this feature will be off limits to many.

Speaking of the stages, their design leaves a lot to be desired as well. Level design is uninspired. Enemies shamble towards your base along long narrow corridors, usually about 5 or 6-character tiles across and beyond the boundaries of which you can’t travel. This lack of dimensionality is meant to convey a sense of claustrophobia for the bullet dodging aspect of the gameplay. However, the overall effect is that the player will often rush up to meet the next wave out of sheer boredom and ignore their base entirely, forced to rush back when one enemies inevitably gets through your bullet blockade. A level geometry focused more on the base as the centre, with enemies coming from all sides, would have been a better choice.

Lastly, while its true that only a specific subset of fans will be interested in the story of Gensokyo Defenders, it is still worth noting that its needlessly nonsensical and lazily handled here. As a tower defence game, it attempts to aesthetically differentiate itself with the cutesy anime girls aesthetic but does nothing with it. The games episodic structure means that characters are introduced three or four at a time, with very little to differentiate their visual and audio design. They talk over one another, which would be fine, except that everything they say is just inconsequential schoolyard arguing. The premise seems to be that the battles taking place are framed within the setting of some sort of light hearted virtual competition between the girls, which doesn’t help build the tension that is so vital to selling the inherently poorly paced nature of these kinds of games. Mission introduction descriptions like “Cirno drags a busy errand-runner into her antics with the ingredients for tonight’s dinner at stake” don’t exactly inspire confidence in the frenetic split-second micromanagement that is the appeal of this genre. Overall, as a small budget game focused mostly on its pick up and play nature, Gensokyo Defenders mostly works as a tower defence game and can offer a few hours of light-hearted fun, especially for those invested in the Tohou Project universe. But the sum of its parts contain too many design missteps to offer a real recommendation, especially when indie competition on the Switch is so fierce.