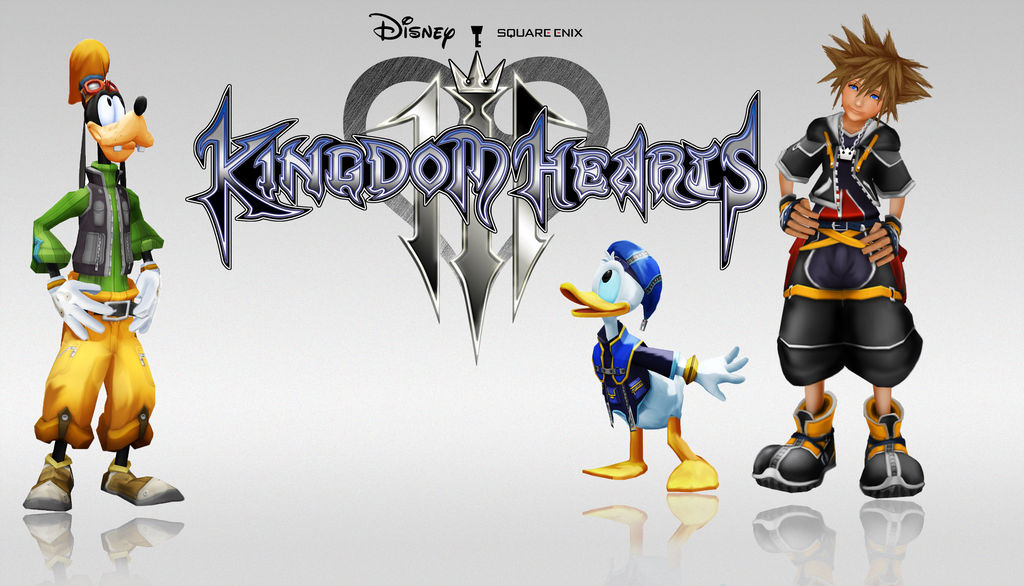 Reviewing a game like Kingdom Hearts 3 is no easy feat. This monolothic game could be tackled from so many angles, as I am not a Kingdom Hearts fanboy, despite playing the previous titles, I thought it was best to tackle this game like I do any other normal game review with a fresh pair of eyes and my skepticism about Disney becoming a dictator in the entertainment industry aside to rejoin Sora and the gang for a sequel that has been 14 years in the making. While it did start off slow (extremely slow!) with three painful intro cinematics, each finishing with the Kingdom Hearts 3 title (just in case you know I fucking forgot what I was playing) it wasn’t until I moved to the third world that the game really kicked into gear and showed why the lengthy wait was worth it. It’s not all good news though, the writing is awful, like god awful, with slow and static awkward pauses in between characters in cinematic scenes and WAY too many of them at that, it was only the unique mix of characters, worlds and theme park rides from varying Disney properties that save this game from being a complete disappointment. Ever wondered what would happen if Uncle Scrooge opened a bistro in Traverse Town with Remy from Ratatouille? No? Me either…While these kind of crazy combos are interesting to watch play out during the game, the worlds are so empty and void of population they feel lifeless. Kingdom Hearts 3 is extremely ambitious but regrettably is a bit of a waster opportunity.

Players take control of Sora, who again must team up with Donald and Goofy to travel through the universe via a Gummi ship to save the world from the Darkness and Master Xehahort who wants to unlock the one keyblade to rule them all and let the Darkness infest every world. It’s nothing new or revolutionary but this is a game where Disney characters team up with Final Fantasy characters so we can’t exactly expect depth here. Together you travel to different worlds inspired by recent Disney hits like Tangled, Frozen and Toy Story while diving into the Marvel universe with Big Hero 6. Sora and friends do run into a lot of characters from these films, disappointingly the gaps between back and forth dialogue is irritatingly slow and completely detracts from any emotional (and nostalgic) impact it tries to have. This also goes hand in hand with the script for the story, it is extremely painful and nauseating to endure, if the graphics weren’t so good, it would be a complete wash. The person who thought it was a good idea to give extended dialogue to Donald Duck really needs to be fired, the painful process of trying to figure out what he is saying is just irritating. It feels like the studio has forgotten that the majority of people playing this game have grown up with the series and are now adults wanting to propel the series forward, alternatively it will work if the audience who grew up with it now have kids and can share the experience with them.

As mentioned previously, graphically this game is incredible, particularly as you explore the various Disney properties, in particular Toy Story was a stand out looking identical if not better than the movies do. Each world has been maticulously created and while there are some items and treasures to find, the lack of native population or NPC’s is quite disappointing. This led to the worlds feeling empty and bleak which was strange considering how much effort and love has clearly gone into their creation. The Pirates Of The Caribbean world was surprisingly good, enabling Sora to command a ship and explore. While this is no Black Flag, it does come at a welcome time for some variety in the otherwise monotonous gameplay. There are quite a few iconic Disney scenes played out during the game which tug on the old nostalgic heart beats but don’t offer anything of value to the story. Seeing Elsa build her castle in the Frozen stage to the orchestral version of Let It Go will have your little ones flocking to the screen, but the lack of meaning to the story is a little wasted. Sora is detailed to perfection, as are his keyblades and special moves, it is a pity the same cannot be said about the camera. Often when I was mid-battle and a giant robot pushes me into a corner, the camera refuses to move to allow me to see who is pummeling me from behind. It does happen several times through the game so it did become a regular annoyance.

The combat system for this game is varied and pulls from many different games in the series that keep the actual gameplay fresh and addictive. You have the opportunity to purchase several different keyblades, each of which have their own unique powers and abilities. You can also equip multiple ones which allow you to quickly change between them in battle to effectively destroy enemies as quick and as painless as possible. There are the usual team up moves that involve active members of your party for effective battle slams and a new mode that brings in a Disney theme park ride. Now this could be a little controversial for Australian’s with the water ride resembling the now defunct one from Dreamworld being a weapon. You can also summon the pirate ship and the tea cups from the Mad Hatter. It seemed like a strange and cash in thing to do, but it turned out to be a lot of fun and doesn’t overstay its welcome. Each world and character has different team up moves which keeps a great variety during the game. Teaming up with Buzz and Woody to strap onto a rocket and dive into enemies is definitely the stand out.

The game’s story clocks in at around 40 hours and while this may not be as big as other open world games, the quality of the graphics and combat system are enough to offset the time alloted. This is the kind of game you play through once and probably won’t feel the need to go back to (unless you are a trophy hunter or collectible fiend) While it is definitely only a one time wonder, it is definitely worth the trip. The scope of what is on offer and the ambition of this crazy combination of franchises that if you totally lean into works on a few levels. While this game has had quite a few years to perfect and craft its story, I was disappointed that the story was the weakest part and with SO many cut scenes, it really should have been given more care.

Kingdom Hearts 3 is a step forward graphically and for its combat system, however the story does set the series back a few pegs. Hopefully Square Enix can spend some more time on the story for the next instalment and hopefully we won’t have to wait so long for the next one.

Kindgom Hearts 3 is available on PS4 and Xbox One.