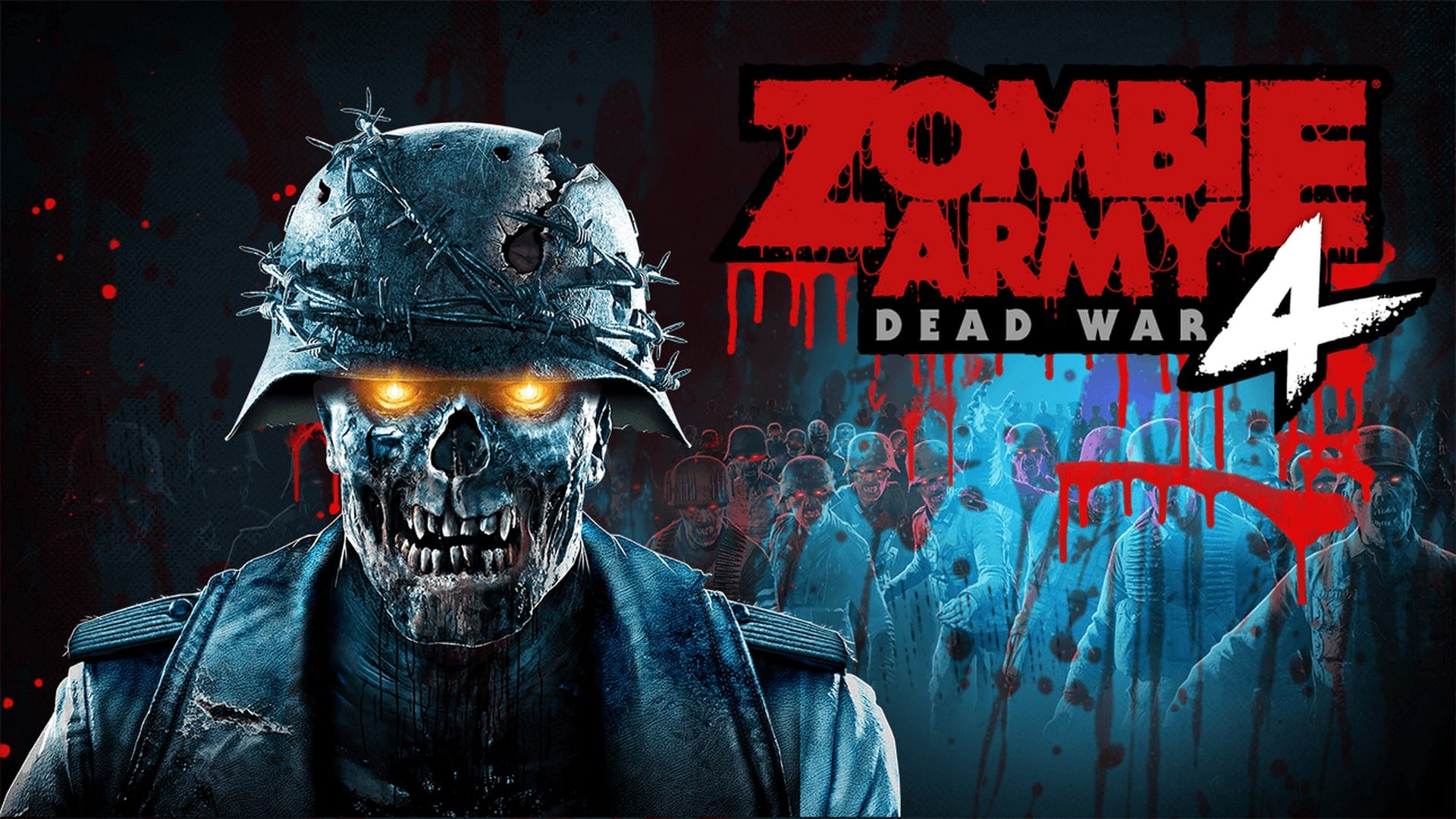 Nazi’s are rising from their graves as an occult group are resurrecting them. Your job, kill them all. Sounds like a premise you’ve heard before right? Well yes you definitely have heard this before, but that doesn’t mean that Zombie Army 4 : Dead War is nothing new. This balls out shooter has some incredibly hilarious levels that sees nazi zombies driving trains, tanks and even making zombie sharks (seriously the best!) There is so much fun just thrown into this game that the dev’s have obviously had such a blast putting together. This is reflected in the graphics, the sound effects/music and gameplay that will keep you coming back for more long after the main campaign is over.

The premise is quite simple. There is an occult force that is bringing dead Nazi’s back to life making them zombie’s that you have to kill. You are offered an array of guns and knives as the option to either shoot from afar or take out up close in a meelee kill that unlocks a Doom style overkill mode. There are eight main levels to get through in the campaign and while the levels are varied and lengthy, the hoarde mode and weekly events will keep this game well in your roster for 2020.

As you get through the levels you collect new guns as well as upgrades. There is a lot of upgrades to collect as items and unfortunately there are a lot of upgrades for guns you don’t have littered around the levels. I found myself not being able to utilise all the items I collected until much later in the game and that’s if I was lucky to get that weapon. There is a particular shotgun upgrade that also blasts the zombies with a powerful zap of electricity. This is the most satisfying kill that will stop you from wanting to change your gun loadouts.The maps are designed well and each level brings new things like zombie sharks, zombie tanks and zombie trains all make each level crazier and fun as the campaign progresses. As you get new items you can upgrade your abilities and weapons. The ability upgrades do cap out pretty quickly and upon starting a replay of the game, don’t offer much variation.

If hoarde mode is more your thing you will face waves and waves of nazi zombie’s in a timed match that opens up the map. You also collect more items through drops that will refresh your health and motivate you to keep going. Teaming up with online friends is a perfect way to play this game, particularly if your character dies and you get re-incarnated as a zombie and attach your friends, watching them kill you before you re-spawn is one of the most entertaining things about this game. The controls are great (I played on Xbox One X) and the precision required to make each shot felt amazing with the Xbox Elite Controller. The trigger really helped nail some of the intense shots I was trying to make resulting in a great game experience.

Weekly events are being added to the game so once you get through the campaign it is a great reason to keep loading it up througout the year. And of course there is a season pass and DLC coming offering more levels, characters, weapon bundles and character skins.

If you came from the slo-mo Nazi kills then this is the game for you. While there is plenty to do in single player mode, the best way to experience this game is to recruit three of your friends and jump in for some zombie shooting action. The progression system is limited and while it doesn’t take long to customise and max out your character, it really is all about the weapon upgrades. The premise may be familiar with the plethora of zombie shooters out there (and more on the way in the next few years!) The craziness and absurdity of this detailed game is what makes it stand out from the crowd.

Zombie Army 4 : Dead War is the first big surprise of 2020. There is so much to explore in this game and with rich performance enhanced content on the Xbox One X (ka-ching!) this would be my preferred system to play on. There is a ton of detail in the blood and gore that combine with slo mo kills to give horror and genre fans the visuals they are craving.

Zombie Army 4 : Dead War is available today on PS4 and Xbox One.