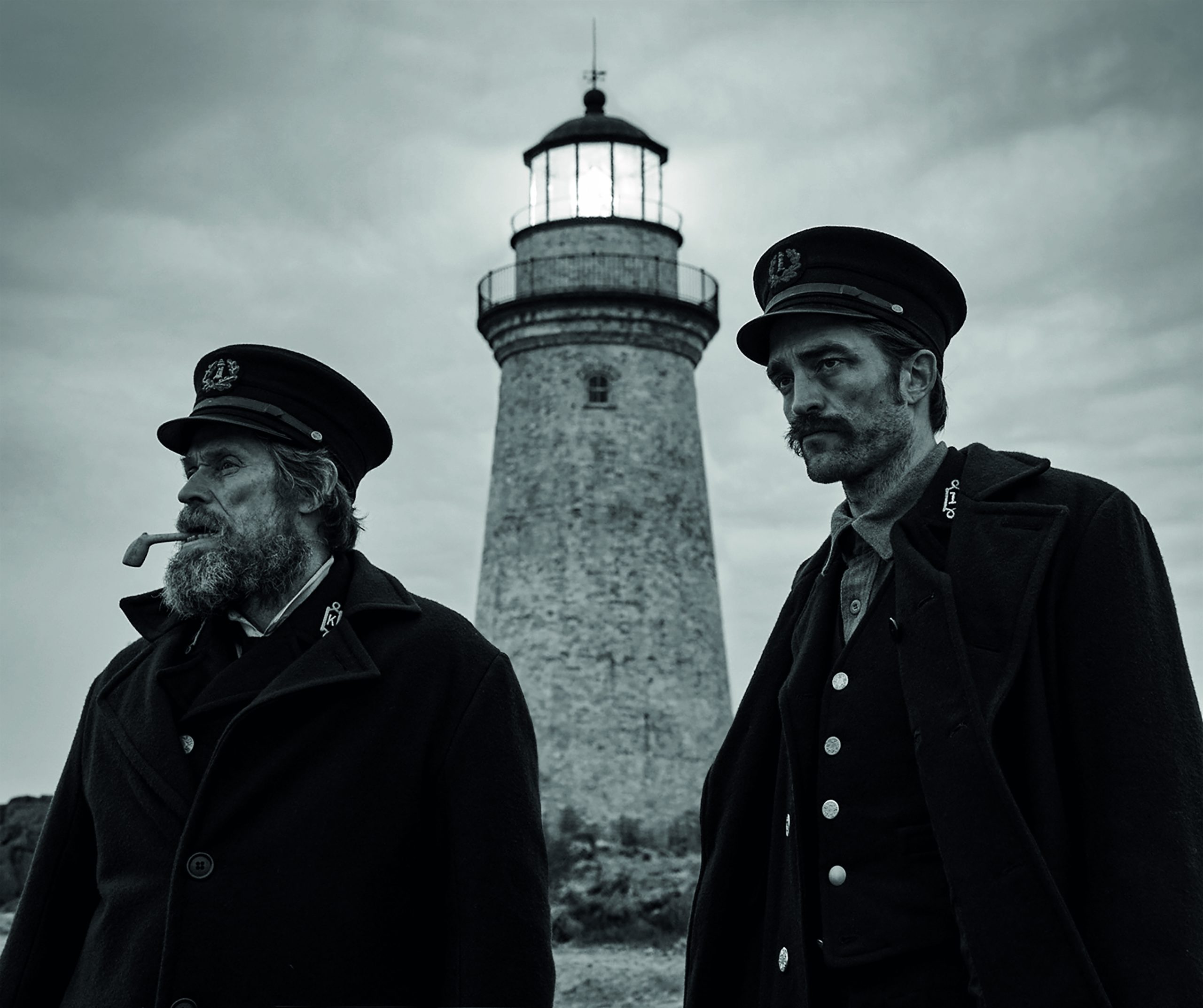 Films are an increasingly astonishing medium, there are so many releases each week struggling for attention, it is easy for mega blockbusters to dominate and smaller scale films to get lost in the ocean that has become the film industry. This is one of the biggest lessons I have learned as a critic over the last few years, celebrate the blockbusters for mindless entertainment and treasure and seek out as many films as possible to find the gems that will change your life and how you see the medium. When I talk about this with my friends and family who probably struggle to stay awake as you undoubtably are at the moment, The Lighthouse is the kind of movie I am referring to. Two actors, a black and white old school colour and aspect ratio and utilising sounds and disturbing images, crafted one of the most brilliant horror movies I have seen in recent years.

The story is simple and I don’t want to dive too deep into spoiler territory here, set in 1890, two lighthouse keepers are growing increasingly frustrated as their isolation from the rest of the world starts creeping into their minds. Thomas Wake (Willem Dafoe) is the master of the lighthouse, an apparent ex sea captain he is just incredibly awful. His temper is fierce and his belief that he is always right stops him from backing down after an argument. By contrast his new assistant Ephraim (Robert Pattinson) first appears to by reserved in nature but his true personality emerges as the madness starts to set in and the isolation reveals his true nature.

The building of the Lighthouse itself is unwittingly the third character in the film. Its large and forboding nature looms over the two other characters. The dark corners carry shadows and hidden secrets that mix with large booming groans and sounds that echo through the building adding to the feeling of the unknown horrors that may lay within. The light on top while serving as a beacon for ships in the ocean, acts as an attraction to the lighthouse keepers drawing them into what unseen horror lies within.

The cinematography provided here by Jarin Blaschke is jaw dropping. Having the location be so isolated and contained must of have been a challenge but it looks incredibly detailed with a lot of props that are fitting of the time. This also helps with the films dive into the metaphorical questions and dives deep into the unknown. Pattinson and Dafoe are absolute masters of their craft in this film, through their complicated friendship and companionship their survival is paramount to their psyche.

Using the black and white tone and the 19:1 aspect ratio on 35mm also adds to the technical brilliance of this film. The cinematography blends well with director Robert Eggers choice of camera angles and direction to feel Hitchcockian in nature.

The film’s dialogue feels like a poem in another time and age that still translates to audiences today. The fear of the unkown, living in isolation from the rest of society and the madness that comes with this are themes used in films like this for a long time, fortunately it is told in a beautiful way that takes on more of a horror element with some truly disturbing images and exteme language. There are moments in this movie that genuinely shocked me and there are flashes of things that have stayed with me even days now after I’ve seen the film.

The Lighthouse is a movie for the ages, it is truly a film that has been lovingly crafted and for Eggers to only be on his third film, he is proving to be one director to keep an eye out for. The performances from Pattinson and Dafoe are two actors at the top of their game with incredible chemistry. Their anger and friendship delivers a fierce intensity that is hard to look away from. Utilising an old school aspect ratio and black and white aesthetic heralds the film back to a different time that truly immerses the audience into what is happening on the screen.

Do yourself a favour, seek out this film, take your friends and enjoy a modern masterpiece.

The Lighthouse is in Australian cinemas February 6.

Like Loading...
Newsletter Signup
In this article:a24, movies, the lighthouse, the lighthouse movie review, universal pictures, willem dafoe
Up Next:

Birds Of Prey & The Fantabulous Emancipation Of One Harley Quinn Review