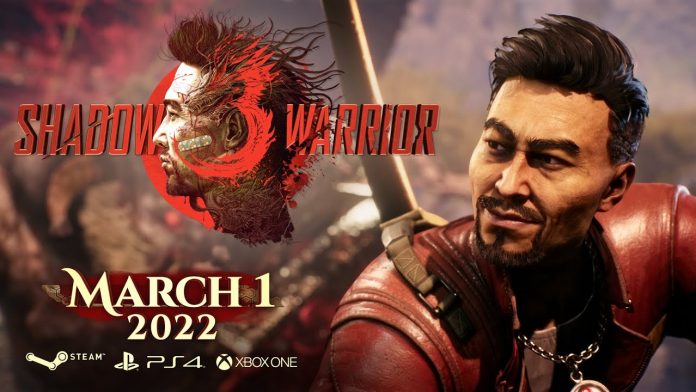 Devolver Digital and Flying Wild Hog have announced the voice cast for their upcoming game Shadow Warrior 3. This new entry showcases some over the top weapons and some great tongue in cheek humour as seen in the trailer below.

Joining the cast this time around is Mike Moh who will voice Lo Wang, Andromeda Dunker voicing Motoko and SungWun Cho as Zilla.

The game sees Lo Wang and his sidekick Zilla hunting down an ancient dragon they accidentally unleashed. Together they will travel to uncharted parts of the world with the mask of a dead god and plenty of over the top weapons and magic to stop the apocalypse again.

Watch the trailer below and be sure to grab Shadow Warrior 3 when it releases March 1, 2022 on PS4, Xbox One and PC.