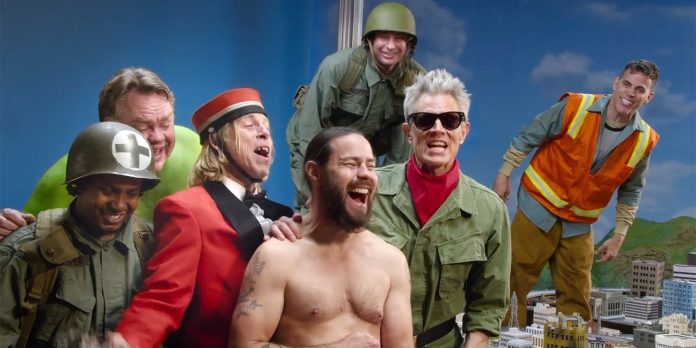 You can’t teach an old dog new tricks… and the dogs are definitely older now in the MTV-born, prank/stunt-filled jackass series, with beloved crew members such as Johnny Knoxville, Steve-O and Wee-Man all approaching 50 years old. But, with the inclusion of some fresh blood and the literal personification of “go big or go home”, jackass forever feels like the crudest, grossest, and funniest family reunion full of immature debauchery and lots of male genitalia… lots of genitalia.

10 years since the last iteration of the series in jackass 3D, and over 20 years since the low budget, hit TV show influenced a generation of adolescents to film themselves punch their friends in the nuts first premiered, jackass forever sees the majority of the original cast and crew return, taking part in the same boisterous shenanigans that skyrocketed their careers. However, the notable exception of Bam not being in this film due to personal issues is felt, and a heartwarming tribute in the credits to deceased member Ryan Dunn leaves a melancholy feeling once the picture has wrapped. 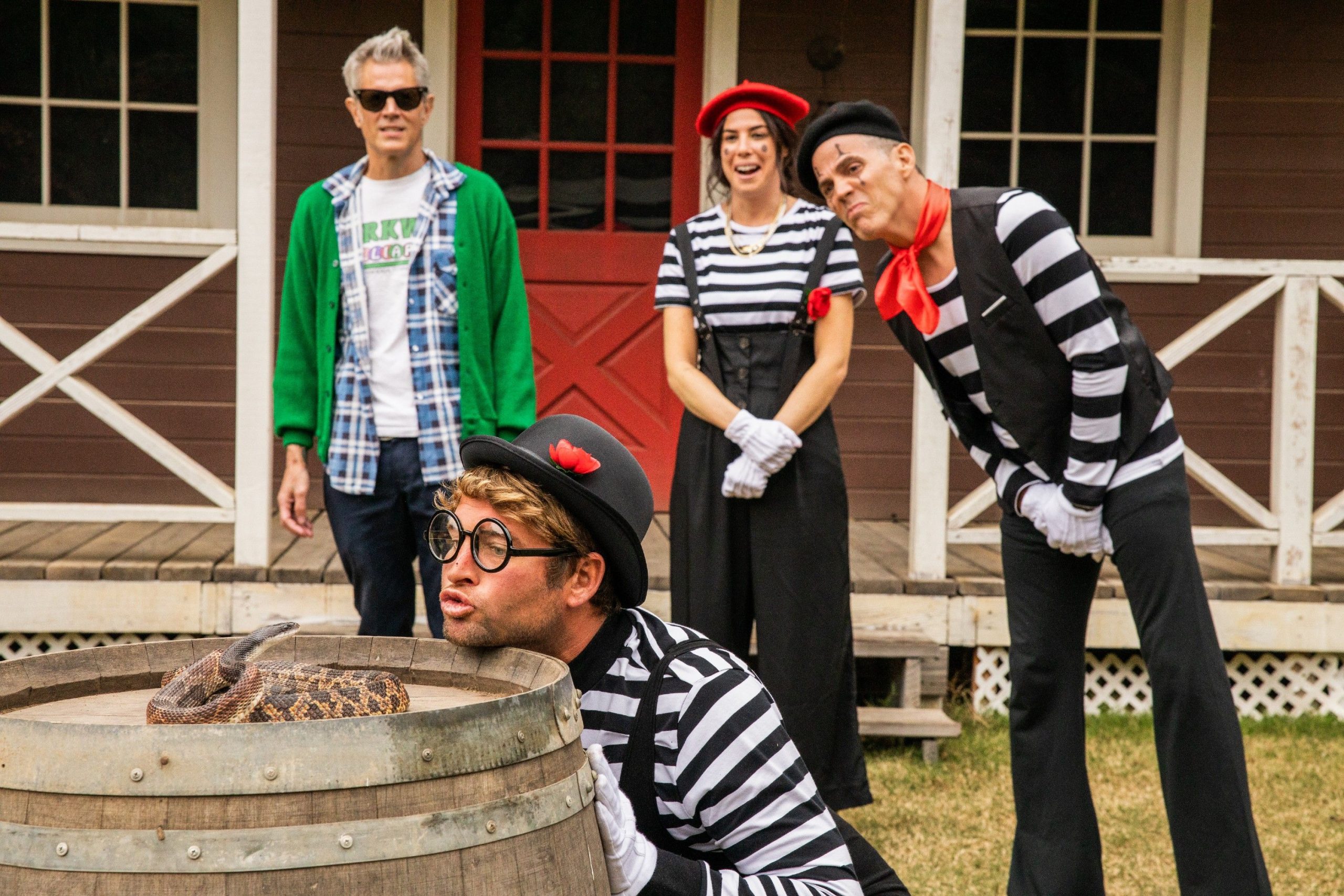 Seeing the jackass crew on the big screen again instantly filled the heart with joy, like you were reuniting with old friends once again. That same comradery and joyous energy (mixed in with the tension and comedic torture of being on a jackass set) is immediately noticed and makes it feel like no time has passed for these degenerates.

The additions of comedian Rachel Wolfson, surfer Poopies, British skateboarder Eric Manaka, Zach Holmes and Jasper, usher in the new age of jackass. As it’s constantly referenced throughout the film, the original gang aren’t getting younger and recovering from the concussions and broken bones isn’t getting easier. Putting the new crew through the ringer (standouts being Wolfson and Poopies who both go incredibly hard out in every scene they’re in) feels like a rite of passage in which they all passed with flying colours (and some literally flying), giving off the vibe that if jackass is to continue in the future without the OG’s, then that future is in good, juvenile hands. Plus, the array of cameos, including solid turns from Eric Andre and Machine Gun Kelly just keep the laughs coming. 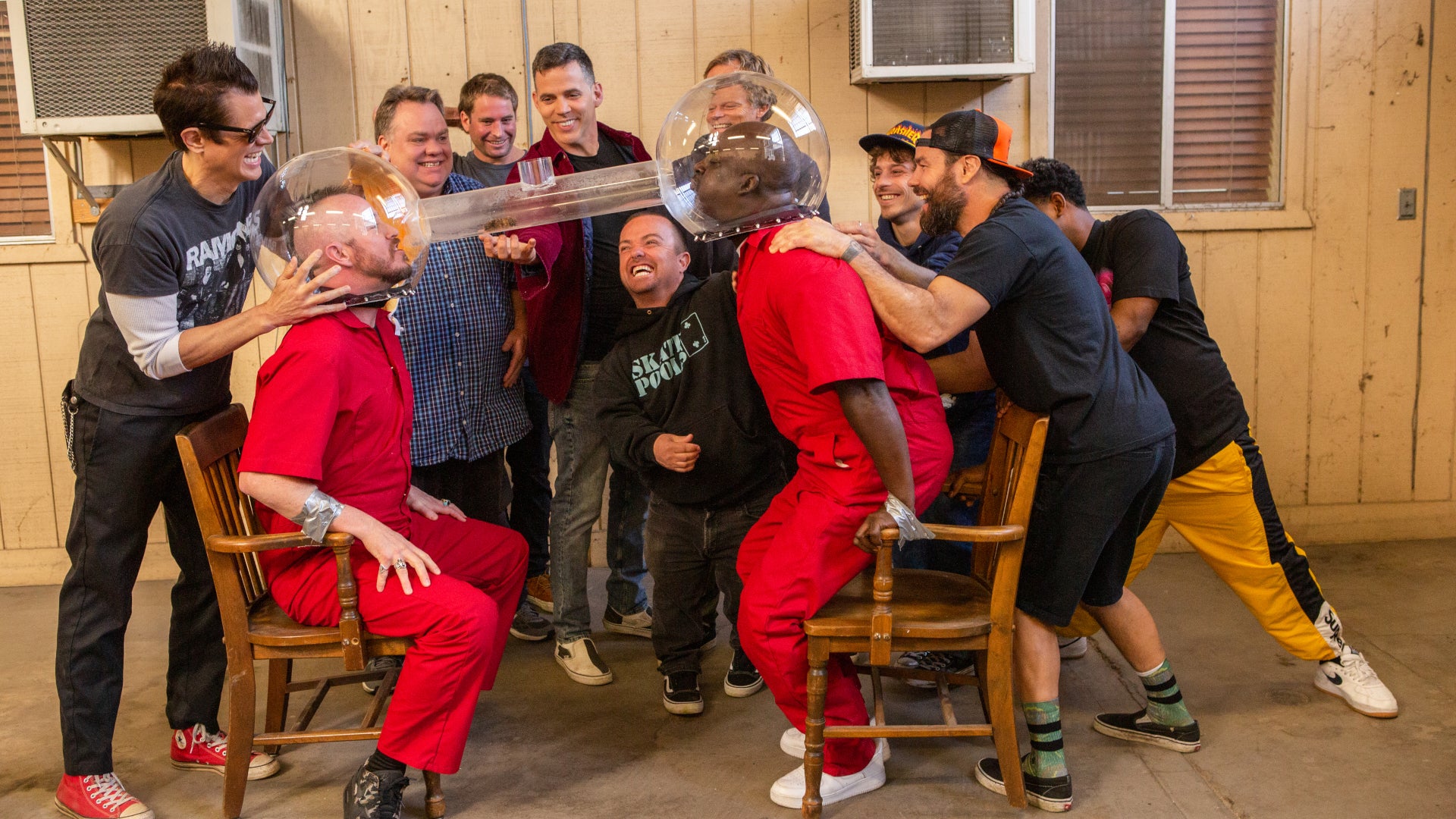 Speaking of being put through the ringer, long time cast member Ehren McGhehey is easily jackass forever’s MVP. Even when Knoxville is severely concussed by a bull or Steve-O has his privates completely covered in bees, Danger Ehren comes through with some of the greatest and gnarliest moments within the movie. The physical and mental torment on display is on another level (just wait for my personal favourite prank in the film – Silence of the Lambs) compared to some of the previous stunts we’ve seen, but they all provide the same number of laughs.

Each jackass member once again pays their dues, often recreating stunts from the TV show or first few films, but this time on a much larger scale. Dave England pooping into a shop-floor toilet from the first jackass movie now turns into a stunt propelling him off a toilet, across the front yard of a garage sale. Chris Pontius once again spends 90% of his screen time doing some form of tomfoolery with his privates. Preston is getting projectiles shot into his large body in slow motion, Knoxville is running around with bulls, Wee-Man is getting pranked left and right, and Steve-O always goes the extra mile for his bits. 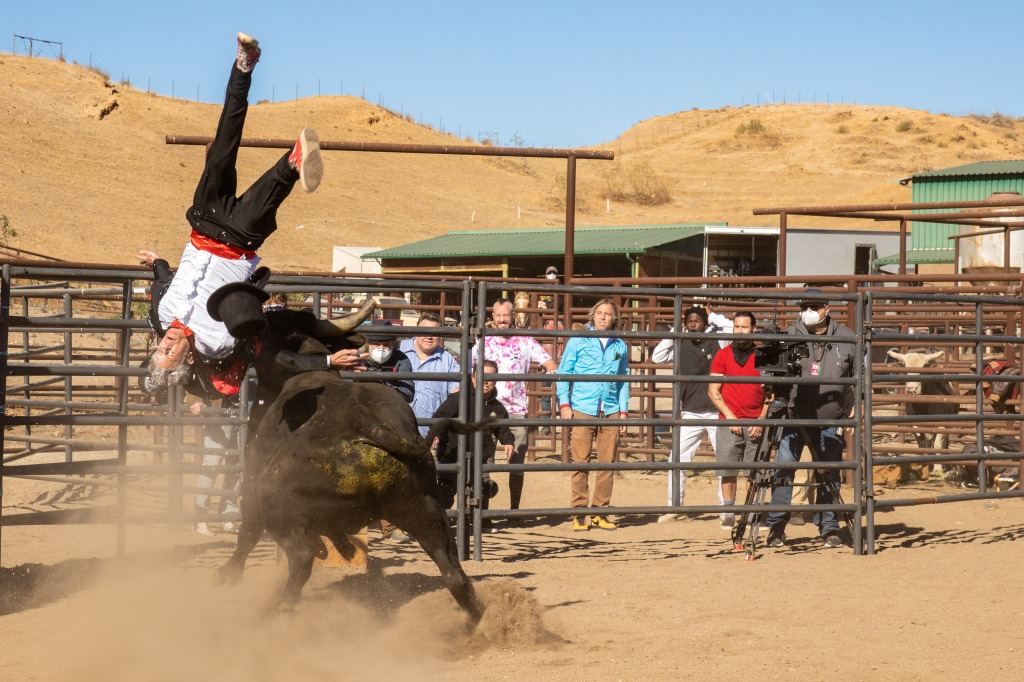 The feeling of nostalgia created by these stunt recreations definitely drives the heart and humour of this film, but at the same time, a lot of the stunts don’t standout like previous films iterations. The timelessness of scenes like Dunn’s ‘Toy Car X-Ray’ or Ehren’s ‘Terror Taxi’ outshine a lot of the pranks and stunts seen in jackass forever.

My biggest criticism is that there are so many people in the jackass crew, that it feels not every member gets their time to shine. Sometimes, they are sidelined as the peanut gallery watching other stunts unfold (which is very much so within the jackass tradition) and it makes you wish you would have seen them featured in more stunts. Ultimately, once this 95-minute movie ends, you kind of wish there was another 30 minutes of pranks to come. However, in true jackass fashion, the recently announced jackass 4.5 will surely fill that longing for more craziness. 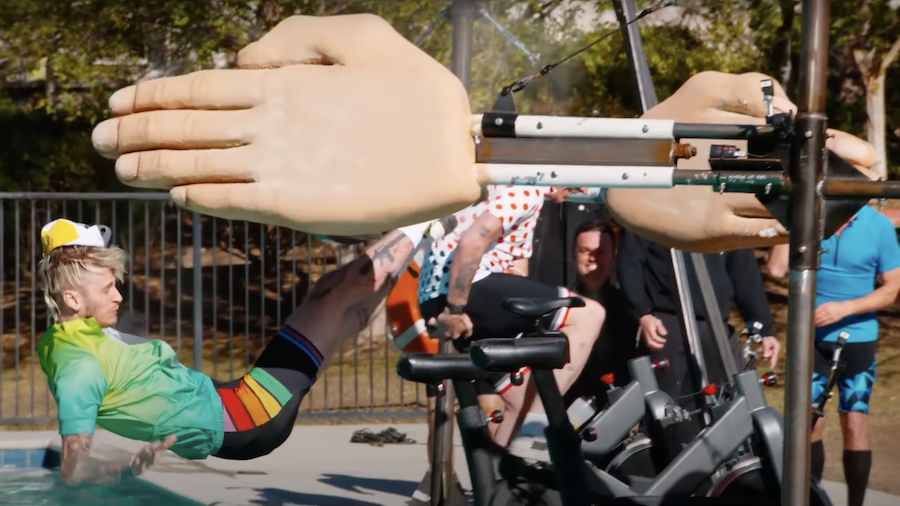 While jackass forever may not be the strongest jackass film to date content wise, the return of the original crew, all obviously having a great time on set, mixed with the intensity brought in by the newcomers, still gives the feeling of the jackass of old. This outlandish, nostalgia filled affair will undoubtedly make you cry laughing… and cringe… and maybe gag… and definitely will make you look away at some points… but most importantly, you’ll laugh!