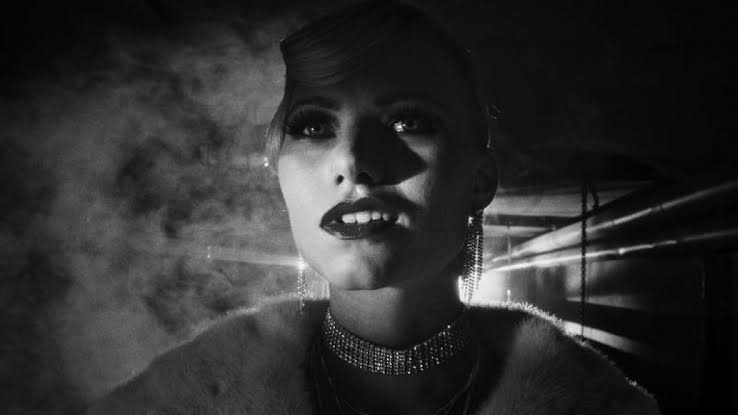 What would you do if there was an onslaught of dick pics heading your way? Feeling out of control when unsolicited penises from your work colleagues constantly harass your phone. Hopefully you haven’t been in this situation personally, but this is exactly the premise of Ilja Rautsi’s Finnish short film Night of the Living Dicks. What follows is a short horror film if a woman who can’t escape this.

The film starts off with Venla (Tanja Heinänen) interviewing the main culprit who sent the pics Simo (Tommi Korpela) the back and forth in black and white as she tries to explain just how much this has impacted her life gets completely lost on Simo. It’s after this that Venla finds a pair of glasses that show her who the really dicks are around her. .

What ensues is a hilarious and confronting journey through Venla’s life as she discovers that people closest to her may be bigger dicks than she realises. It’s here that the film takes a turn, a sharp swing from smart and social commentary to outright smut and I wouldn’t want it any other way. There are a large gatherings of guys who have dicks for heads that complete with showers of semen and a satisfying scene of revenge that is bloody satisfying.

Visually the short film is stunning. Using the black and white and old school style of filmmaking gives the film a creeps aesthetic while dealing with subject matter that feels very of the moment. The practical effects of the penis costumes and ejaculations and murders are all gloriously crafted to be incredibly satisfying to watch. Having the social satire play in works really well and the message that comes across will be interpreted differently by each person who watches it.

Night of the Living Dicks is now playing as part of the Fantasia International Film Festival.