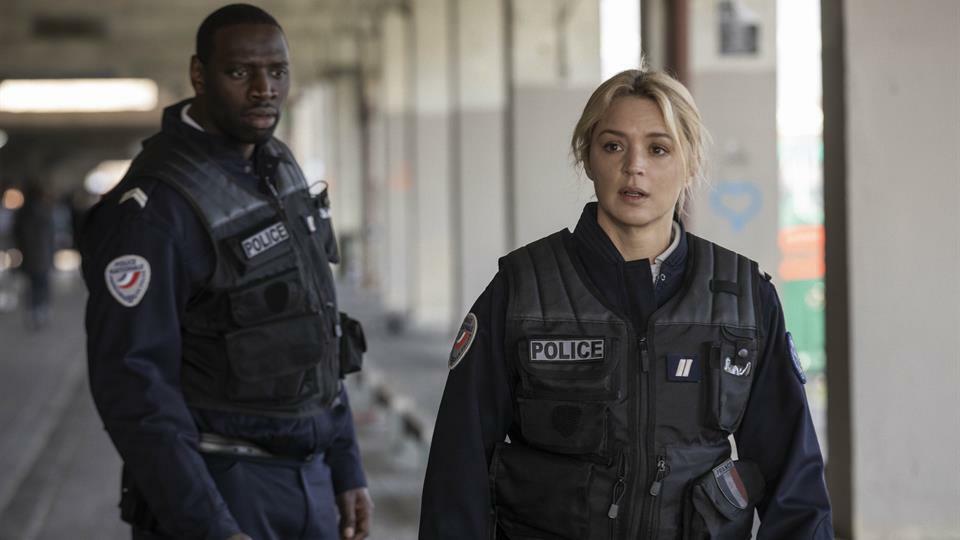 After being assigned the task of escorting an immigrant to the airport to be deported out of France, three police officers must persevere through an arduous and tense night as they are challenged with personal dramas and moral issues that will affect the lives of all involved.

Director and co-writer Anne Fontaine has established herself as a director who can seemingly take on any subject matter or genre with confidence, and Night Shift being her first foray into the crime drama/thriller, is no exception to this. However, Fotaine’s ability to capture the feeling of a ‘police-drama’ doesn’t necessarily make Night Shift a good movie, with story structure and character developments that are flawed by too many convenient and genre-familiar moments in the script that add a surface level amount of emotional depth.

The first act introduces the audience to our three police officers. Virginie (Virginie Efira) is a recently new mother who is trying to bury herself in work to avoid issues at home with her husband and newborn baby. Virginie is also having an on-going affair with her main co-worker, Aristide (Omar Sy). The third officer selected for this mission is Erik (Gregory Gadebois), a by-the-rule-book cop who is hiding an issue with alcohol. Unfortunately, apart from a small handful of scenes or lines of dialogue scattered throughout, none of these character traits or issues are explored much throughout the movie, leaving a feeling of confusion as to what the point of these additions were initially. The confusion is then exacerbated slightly by a non-linear narrative approach to the character introductions where the information and scenes are repeated from different, yet unnecessary perspectives.

Night Shift finds more solid footing once the team are assigned the task of transporting the immigrant (played by Payman Maadi) and a revelation about him that will challenge their individual morals, creating the interpersonal tension and drama. This is the strongest element of the script and of Fontaine’s direction, as most of the final hour of the film is set in the police transport car. The intrigue holds considering the lack of development and plot due to tight directing and editing. The moral dilemma doesn’t just affect the main characters, but Fontaine also challenges the viewer and makes a strong statement about the deportation of immigrants out of France, adding a much needed but unfortunately too late emotional depth to the story.

When the film wraps up, there is no sense of desire to find out more about the characters or how their lives will be affected after the films events, there is almost a lack of care about the previous 90 minutes of film and that is ultimately disappointing. The calibre of filmmaker and actors behind this project is strong, but Night Shift ends up feeling mediocre despite the potential.