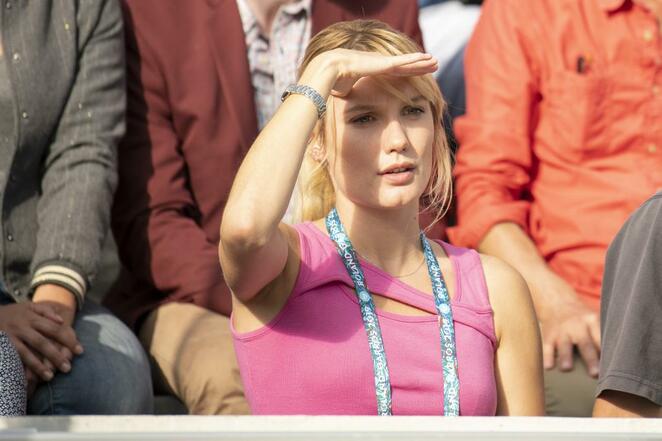 Thomas Edison (not that one) was once a tennis legend. That was until, like a tale as old as sport itself, he was forced into an early retirement due to a severe knee injury. Now years on from his tennis pro era, Edison coaches children tennis when he’s not at home caring for his young son with his wife, Eve (Ana Giradot).

Haunted by what may have come from his glory days, and as another rising tennis prodigy begins to be compared to himself in his prime, Edison makes the arduous and painful journey to return to tennis and once again become the best, no matter what he must sacrifice, both physically and emotionally.

Final Set has a visceral vibe to it. The gritty camera work and fly-on-the-wall style of story telling allows intricate insight into Edison’s struggle. Even outside of the sport-film genre, where this sort of story really thrives, the relatable and accessible nature of Edison’s desire to complete seemingly unfinished business in his life to fulfill personal pride, always creates grounded and interesting storytelling.

Writer and director Quentin Reynaud has given two avenues in the script for the audience to share empathy with Edison’s struggle – physically with his knee injury and the emotional stakes at play of pride, both of which are executed well without convoluting Edison’s character arc or the movie in general. Rather than focusing on certain events moving the story along (although the story does utilise important tennis games to show Edison’s progression), Reynaud chooses to strongly focus on the mundanity and grind of Edison’s comeback. The toll that it takes on his relationship with his wife, child and former coach/mother, Judith (played by Kristin Scott Thomas) is more so at the forefront rather than the tennis itself.

While there are elements of this approach that can draw out the length of the movie, effecting its pacing mainly in the second act, there is no denying it allows for a strong emotional investment. Alex Lutz (Edison) delivers a very stoic take on the character, one that makes him a protagonist easy to get behind and want to succeed. Even when he has been pushed to his limits, the general mood is to continue pushing him towards his goal.

Being a movie centred around a tennis player, the cardinal sin Final Set could have committed was to make its tense sporting moments boring. However, a strong mixture of action shots on the court mixed with traditional TV-style tennis viewing adds a great level of excitement in those moment. All of this leading to an incredibly tense final act containing a 20-minute supercut of a 4-plus hour tennis match that embodies all of the physical and emotional torment that has built up over the films first two acts.

Final Set ignores the generic sports drama tropes and decides to focus on the people in the story to create genuine drama. Mixed with a strong, stoic leading performance from Alex Lutz and visceral tennis action, it’s one to add to the watching this French Film Festival.