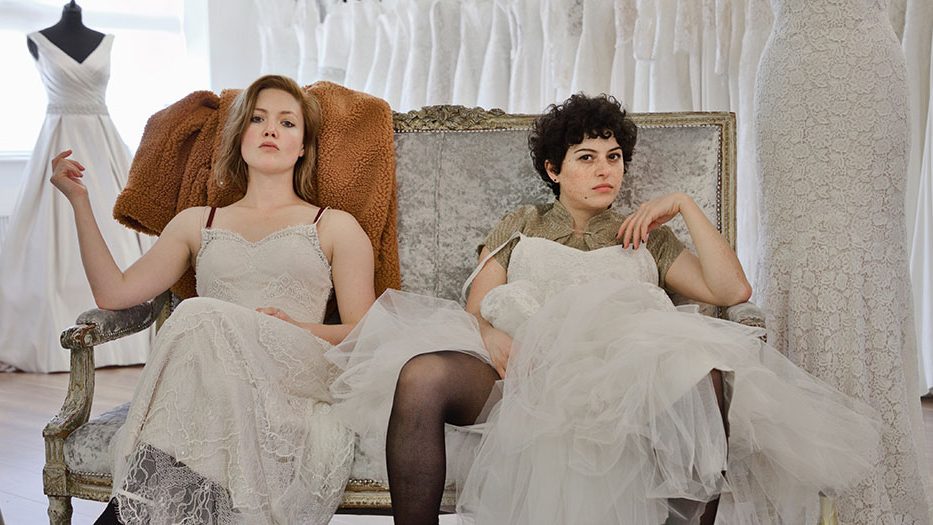 From the pages of Emma Jane Unsworth’s novel, Animals, comes the screen adaptation that will leave you wondering if it would have been better left on the pages.

Laura is a writer who pays the bills as a barista. At a dinner with her family it dawned on her she has been writing her novel for the last 10 years. Her best friend and American, Tyler, is on the run from her family who are all back in the USA. The two live together and for the most part, enjoying their 30s with no real ambition.

Things start to change when Laura meets an up-and-coming pianist, Jim. The two become rather smitten, even motivating Laura to put a dent into her novel. With a wedding on the cards, Laura’s relationship with Tyler takes the back seat leaving Tyler to figure out what it is she wants in her life.

It is easy to see Animals was a novel before it hit the screen. The dialogue is well rounded and full of depth. The interaction between all the characters feels like it has a long history giving each a purpose and direction. But what happens with Animals is it tends to show off. The overuse of literary quotes and stylised commentary becomes confusing and almost unnecessary.

It is, however, the performances from Alia Shawkat (Arrested Development, Transparent, Whip It) and Holliday Grainger (The Finest Hours, Cinderella, Patrick Melrose) that make the film. Their onscreen chemistry goes beyond the screen and settles into something believable and honest.

Shawkat gives a completely lost and troubled performance. There is a deep-seated longing for love and family that when it is taken away, again, she becomes lost in her own world with nowhere to go.

Grainger manages to teeter on the edge of a range of issues and emotions. Having strong family backing and yet a sense of uncertainty when it comes to her novel, Grainger showcases her talent in showing where her characters head is at.

Visually Animals is as you would expect this style of movie to be. Using darker, plain pallets infused with visually splendorous costumes, each scene is showing the emotional rollercoaster the characters are on. There is also an interesting use of cinematography which gives that almost poetic feeling to the shots and the story they are telling alone.

Overall, this journey through life and understanding what it is you want in and out of life is a tale many will have experienced. While the story is for the most part relatable, the movie itself can become rather drab and stretched out. That’s not to say the performances from Shawkat and Grainger aren’t worthy, they are by all accounts what makes this film what it is. However, the story is so well defined throughout that it would have been better to stay on the pages of Emma Jane Unsworth’s novel and not on the big screen to take away what beauty it really holds.